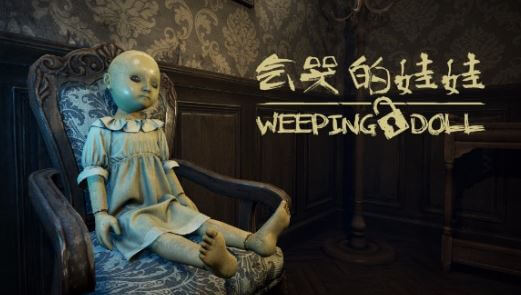 BEIJING – (October 28, 2016) – Oasis Games Ltd, a leading independent Chinese publisher, today announced it has released Weeping Doll, its third PlayStation®VR launch title in as many weeks. The adventure game is a dark, story-driven psychological mystery where dolls come alive, fueled by the negative thoughts of their child owners. Players must solve difficult puzzles in eerie surroundings as a tortured girl’s doll takes revenge on her parents—and things only get scarier from there!

“Weeping Doll arrives just in time for Halloween to bring a spooky psychological adventure to PlayStation VR gamers looking for a touch of the macabre,” said Alen Wu, business director at Oasis Games. “Step into a mansion filled with hidden tragedies and discover a story that unfolds as you solve its ghostly secrets.”

In the game, players will explore environments from the first-person view of a maid as they slowly uncover the unnatural truths inside the walls of a Japanese family’s Victorian-style house. By projecting their maid avatar in discrete steps to whatever spot they want to explore, adventure gamers bypass any potential VR-induced discomfort while still enjoying full freedom of movement. Every object and every sound plays a pivotal role in solving the mystery of what happened to the family, so players will need to explore the mansion carefully. Players with a curious mind will be provoked by challenging puzzles of all different sorts as they unravel the dark secrets of the family’s past. Weeping Doll, which is developed using the Unreal 4 Engine, provides an immersive and chilling adventure that will send shivers down your spine—get ready to enter the mansion and face your fears!

Weeping Doll is developed by TianShe Media and is published by Oasis Games in North America, Europe and Asia for the PlayStation®VR.  From November 2, 2016 through November 16, 2016, the game will have a 10% discount off the base price of USD $9.99 and a 20% discount for PlayStation®Plus members (the 10% off discount applies only to North America and Singapore. Keep up to date on all the scary details at facebook.com/WeepingDollOfficial. This game is rated “T for Teen” by the ESRB. Weeping Doll will launch in Asia on November 2.