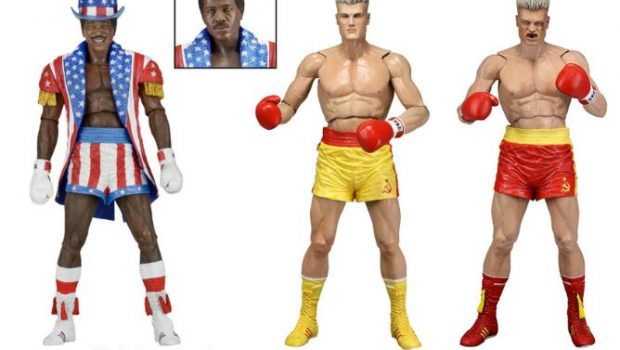 Coming soon to retailers! This massive, menacing figure is headed out from the NECA warehouse and will be appearing on retail shelves very soon – full info and in-package photos below! Aliens – 1/4 Scale Action Figure – 1986 Warrior Click on the thumbnails for larger versions: Celebrate the 30th anniversary of Aliens with a […]

Evil Dead 2: One of the horror greats and a true cult classic! From the 1987 movie starring the one and only Bruce Campbell, we present the definitive collector’s version of Ash! Ultimate Ash features all new fully articulated legs and tons of accessories, including 2 interchangeable heads (regular and possessed sculpts), interchangeable right forearms, […]

Due to popular demand, we’re bringing our first concept figure from Alien to the quarter-scale format! In the iconic 1979 horror movie, the skin of the Xenomorph was meant to be almost see-through. H.R. Giger originally had the suit cast in a translucent flesh-tone but, in one of the many technical hurdles that had to […]

Celebrate 40 years of the phenomenally successful Rocky saga as well as the recent Creed movie with NECA! We’re relaunching our Rocky action figure line, with a mix of all-new figures and sold-out favorites for those who might have missed out.* Series 2 focuses on Rocky IV, in which Rocky must avenge the death of […]

This Christmas, in Clark’s quest for the perfect family gathering, he’ll short out Chicago’s power grid, electrocute a cat, battle a tree-loving squirrel, hold his boss hostage and spend some quality time with the local S.W.A.T. team… maybe it’ll be a Merry Christmas after all! Celebrate more than 25 years of National Lampoon’s Christmas Vacation […]