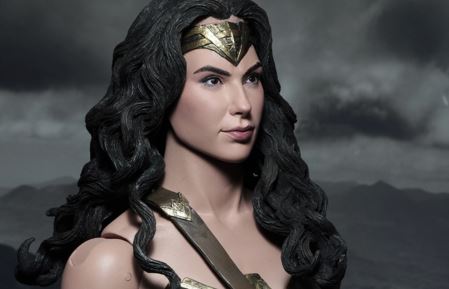 Coming soon to retailers! We’ve got new releases rolling out to retailers from the NECA warehouse this week – check out the pictures below and look for them to appear in the coming weeks on a shelf near you! Rocky 40th Anniversary – 7″ Scale Action Figure – Series 2 Rocky IV Assortment Click the […]

Before she was Wonder Woman, she was Diana, princess of the Amazons, trained to be an unconquerable warrior. In the Wonder Woman movie, the world will watch as Diana of Themyscira becomes the legendary Wonder Woman. This detailed 1/4 scale action figure is based on Wonder Woman’s look in the new movie and has 30 points of […]

NECA continues to celebrate the most famous kaiju of all time! This version of the beloved monster is based on Godzilla’s “Atomic Blast” attack in the 2001 movie Godzilla, Mothra, and King Ghidorah: Giant Monsters All-Out Attack, a spectacular battle between Godzilla and some of his most famous foes. The figure stands over 6″ tall, […]

Add some out-of-this-world decoration to home, office or retail environments with this larger-than-life Groot replica from Marvel’s Guardians of the Galaxy Vol. 2! Groot stands 30″ tall and was created using the actual digital files used in making the movie for screen accuracy. The figure is made of foam rubber and latex that’s hand painted […]