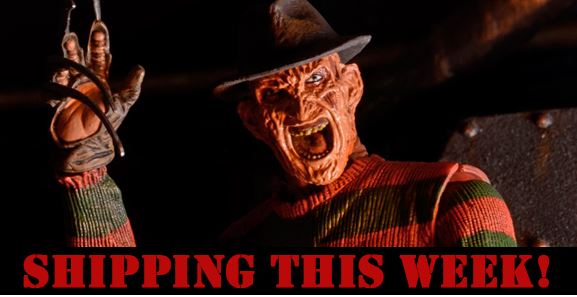 Coming soon to retailers! It’s that time of year… when a chill enters the air, leaves start to turn, and our warehouse kicks into overdrive! Shipping to retailers this week, we’ve got the first series of Ash vs. Evil Dead figures, new retro clothed figures from Bill & Ted’s Excellent Adventure and Nightmare on Elm […]

In just 2 weeks… …We’ll be releasing our tribute to Jason’s 3-D movie debut! The Ultimate Friday the 13th Part 3 Jason even has a cool lenticular card on the front flap as a tribute to the movie’s 3-D origins. Take a trip back to Crystal Lake circa 1982 in this new photo gallery, and […]

Another horror classic joins NECA’s line of classic video game tribute figures! The Warrior is based on its appearance in the Aliens arcade game, a side-scrolling adventure that began devouring quarters in 1990. The figure comes with Facehugger, Chestburster and Egg accessories, and all feature special paint deco that reproduces their in-game appearance. The Warrior […]

Continuing the Aliens 30th anniversary celebration, NECA presents a special edition action figure 2-pack that includes two iconic Colonial Marines! Long out of production, Hicks and Hudson are collected here with all the pieces that appeared in their individual and 2-pack releases. Each figure stands approximately 7” tall and comes with an interchangeable head with […]

The man of your dreams has arrived! This week the NECA warehouse is shipping the Ultimate Part 3 Freddy figure, from Nightmare on Elm Street: Dream Warriors, to retailers! Look for him soon on a shelf near you. Nightmare on Elm Street: Dream Warriors – 7″ Scale Action Figure – Ultimate Part 3 Freddy Click […] 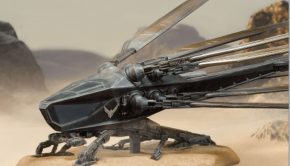 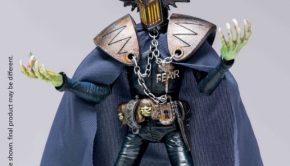 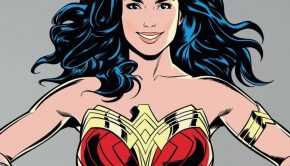 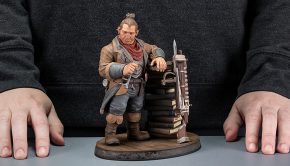