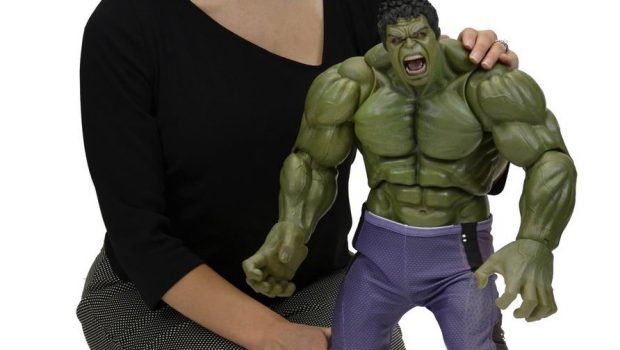 Coming soon to retailers! This week’s retailer shipments include the long-awaited 1/4 scale Hulk action figure from Avengers: Age of Ultron, New Nightmare Freddy and an eerie glow-in-the-dark egg set from Aliens! Info and images below – remember to click through to the product page for full details! Avengers: Age of Ultron – 1/4 Scale

Introducing new action figures from Preacher, the hit AMC series based on the cult classic Vertigo comic! The series follows a Texas preacher named Jesse Custer, who is inhabited by a mysterious entity that causes him to develop a highly unusual power: the ability to make people do his bidding with just a word. The […]

FigureFreddy’s back! The man of your dreams will start shipping to retail in the next 2 weeks, and just to prove that he’s still got what it takes to scare the heck out of you, we present an in-depth photo gallery (packaging shots, too). Nightmare on Elm Street: Dream Warriors – 7″ Scale Action Figure […]

Pre-Orders Are Now Open! If you can’t make it to NYCC this year, head over to the NECA Store now to pre-order the extra-awesome TMNT exclusive we revealed earlier this week! We are offering a very limited quantity there (U.S. SHIPPING ONLY, NO BOOTH PICKUP); the rest will be available for purchase at booth #426 […]

xComing soon to retailers! The NECA warehouse is practically bursting with this week’s massive list of retailer shipments! Details and images below — keep scrolling or use these links to jump to an item. Remember to click through to the product page for descriptions and complete photo galleries! Aliens – 7″ Scale Action Figures – […]

From the action-packed movie Terminator 2, the Ultimate T-1000 (Motorcycle Cop) is the perfect companion piece to the Ultimate T-800 and Ultimate Sarah Connor figures. This deluxe 7″ scale action figure features the authorized likeness of Robert Patrick and an all-new fully articulated body. It comes loaded with accessories to help recreate your favorite action […]

We’re just full of surprises — not only will we be attending New York Comic-Con, we have a VERY radical NYCC exclusive… one that’s been years in the making! If you can’t make it to NYCC, we will make a limited quantity available for pre-order on The NECA Store later this week, and shipping will […]