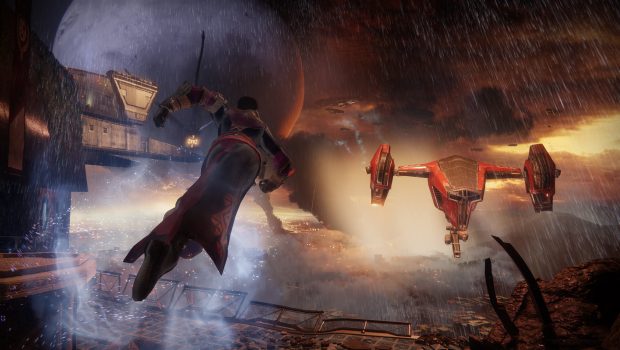 This week at Bungie… we’ve launched Destiny 2 on PC

The PC version of Destiny 2 is finally here. Amid all the excitement, you might have missed your introduction to the team that made this moment possible.

Don’t forget to come and visit us at PAX Australia this year! We’ve got two awesome activations happening, and they involve ramen and puppies…. what could be better?

A Destiny 2 inspired Ramen pop-up will appear at Australia’s largest gaming expo, PAX AUS, in partnership with modern Izakaya and Sake Bar, Akachochin. It’s no secret that Spicy Ramen is one of character, Cayde-6’s favourite dishes in the game. As one of Destiny 2’s most beloved characters, the Destiny 2 x Akachochin pop-up celebrates Cayde-6’s devotion to Spicy Ramen to deliver a fun, one-off dining experience for Destiny 2 fans and PAX visitors!

The Destiny 2 x Akachochin pop-up will be located at ‘The Common Lawn’ at the Melbourne Convention Centre, 27th – 29th October.

Right now at Bungie, we’ve passed the development torch from the people that made Destiny 2 to the people who will sustain it. We began a new conversation at TwitchCon with an introduction to two designers from the Live Team who are working on seasons of change for your Guardian lifestyle. If you missed their panel discussion, here is a glimpse at some of the items you can look forward to earning in Season 2.

We’ve been playing the game in the wild for seven weeks, and like the Destiny experiences that have come before, we’re always thinking about where the game is heading next. We’re still planning when a bunch of the improvements listed below are going to make their way into the game, but we wanted to let you know what we’re up to. Here’s a short list of updates we’re working on:

To read more about how the game will evolve and to hear from Game Director Christopher Barrett, head over here.

There is another update coming next week and you just got a look at some of our future plans on how we will support the game. Thanks for continuing to help us shape the game by playing and giving us feedback.