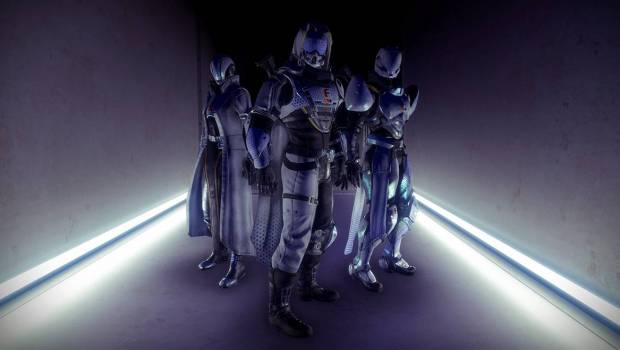 This Week at Bungie- we launched Curse of Osiris

This week at Bungie, we launched Curse of Osiris.

Your invitation to Mercury is waiting with Ikora in the Tower. Get ready for a new journey, discovering the mysteries of Osiris and exploring the Infinite Forest. If you missed the launch trailer, check it out here.

With the release of Curse of Osiris, Season Two has also begun. Destiny Update 1.1.0 has brought resolution to a few issues we’ve been tracking, along with changes to seasonal activities and new rewards. It’s all documented in the patch notes.

Another update is impending. Next week, Destiny Update 1.1.1 will bring more changes to the Destiny 2 experience. Expect patch notes to become available when the download is live.

The Eater of Worlds

Tomorrow at 5AM AEDT, ‘Eater of Worlds’, the Raid Lair for ‘Curse of Osiris’ will open to Fireteams.

Players from around the globe will be seeking the title of World’s First, looking to solve puzzles and conquer enemies with speed.

As a note, there are some known issues that may provide players with a leg up in the competition. While we were not able to address these prior to release, we did not wish to postpone the availability of this content.

The first Faction Rallies for Season Two begins on December 13, running through December 20 in ANZ. This time, the armour you’ve won from your leaders will have new ornaments you can apply to make them look even more awesome. You’ll earn them by completing specific challenges issued to you by your faction of choice.

If you’re new to this event, the faction that awards the most engrams will be declared the winner. For the duration of the Victory Week that follows, the vendor of the winning faction will have a Winner’s Offering available for purchase. The amount of Glimmer you’ll be expected to pay depends on your loyalty. Check out the guns that hang in the balance this time.

We’re excited to see who comes out on top. So far, Dead Orbit and New Monarchy have seen their banners waving in the wind over the City. Will this be the moment for Future War Cult? It’s up to every player on every platform.

The Balance of Power

Whether you’ve met Osiris or not, Destiny 2 has some changes in store for you. With the beginning of Season Two, some of the ways that all Guardians fight have changed. The Patch Notes tell the full story, but the game designers can tell you to story behind the notes. To hear from designer Jon Weisnewski, head over here.

As Destiny sees new content, so does the Community Creations page.