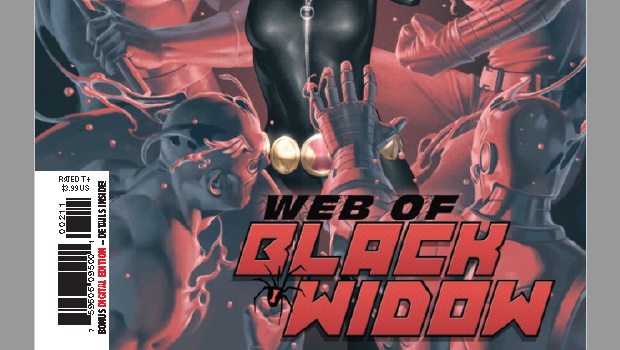 Summary: Trying to figure out who you are is tricky when you have been resurrected and your memories are patchy at best. Some things aren't so hard to remember though, like a familiar face.

Natasha Romanoff has an interesting history to say the least and while she thought she was making progress in atoning for some of that past… things took a turn. After being killed and resurrected Natasha’s past is coming back for her and it’s not friendly!

With such a covert past, there’s a lot of story potential buried in Black Widow’s background. Jody mixes some of those fragmentary memories of Natasha’s training, her past missions with her present and does so in a way that both shows what she’s been through and how it impacts her life now. Being resurrected would be enough of a shock to the system… having patchy memory doesn’t make it any easier but it certainly provides opportunity for some interesting plot developments. The interactions with Bucky are quite enjoyable here with a kind of “insider knowledge” to their conversation… shared experiences that are unique to a very select few people.

I’m not entirely a fan of the art in this issue. It seems very muddy of tone and some panels look incomplete, like they got two thirds finished something came up and they never got completed but were still put in the final print copy. They aren’t terrible… they just aren’t to my liking.

There’s quite a lot of mystery here… which is arguably just what you want from a comic about someone known for their espionage work. There’s a lot for Natasha to work out and in some ways this issue presents more questions than it may have answered… but if you are in for the long haul… these are just cogs in the machine… filling their little story based roll in the big scheme of things. Grab a copy if you grabbed issue one and enjoyed it. If you haven’t read any of this story arc yet… maybe wait for the next one to see if it’s to your taste… it can be a bit confusing and a bit of context either side might help.