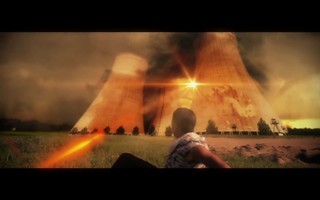 SYDNEY, AUSTRALIA  (28 October, 2013) – WD®, a Western Digital company, together with Screen My Shorts, an organiser of the 48 Hour Film Project in Australia, is proud to announce PROJECT: SCI-FI, a short film competition and filmmaking program for aspiring Australians interested in Science Fiction cinema.  A playground to show off talent, imagination and ingenuity, entrants will be challenged to write, shoot, edit and upload their creative masterpieces in only 28 days.

“PROJECT: SCI-FI is a great opportunity for WD to help nurture students and independent filmmakers and spotlight the part data storage plays in the creative arts,” said Margaret Koh, Director, Asia South at WD. “In the digital cinema age, file size requirements for production data, including footage, effects and audio, have grown significantly. Now, more than ever, reliable, high-performance drives are crucial to the creative process.”

WD storage devices have long been used by people in the digital creative arts, including filmmakers, as its drives offer reliable solutions for storing and securing crucial production data. WD offers filmmakers the power of choice with its range of drives, allowing them to choose the right drives for the right applications.

No matter the task, WD hard drives provide solid performance and reliability when working with the large files required in today’s filmmaking environment.  As the backbone of a video production PC, a WD Black™ hard drive offers high capacity storage, fast speed and reliability. For the scratch and media drives, the blistering 10,000 RPM WD VelociRaptor® is capable of the fast read/write operations needed to allow real-time rendering for video editing, animation and effects software. When working from network storage, sharing with a production team or simply backing up crucial data, the WD Red™ drive delivers a NAS experience for customers with NASware™ 2.0 technology, which improves drive reliability and protects customer data in the event of a power loss or disruption.

PROJECT: SCI-FI will award approximately 18 winners various prizes who will share a prize pool of approximately A$10,000 in cash and prizes including WD hard drives.  Entrants will be given the choice of three categories in which they can enter. They are (1) 5 – 10 minute short film; (2) 30 second sci-fi themed promotion video; (3) 3 – 10 minute machinimatographers’ film.

Science Fiction is the overall genre, and entrants will be allocated specific themes based on WD’s drive colors.  They are Blue – everyday life; Green – the environment; Black – speed & technology and Red – networks/connections.  These themes will be allocated to entrants on the 15th of November, 2013 to entrants who register before that date.

By taking part in PROJECT: SCI-FI, aspiring filmmakers have a chance to learn new techniques, network with like-minded Sci-Fi enthusiasts and share their ideas and interests in Science Fiction. The finalists will also be given the opportunity for their films to be seen at public screenings to be held in Sydney in December, screened on the Aurora Community Channel and judged by a panel of professional judges including distinguished members of the Australian film industry.

“I’m thrilled and honoured to be part of Project Sci-Fi. As a lifelong lover of all things science fiction, I can’t wait to see what this year’s crop of filmmakers has to offer,” said Mr. Cosby. “Somewhere out there, someone is getting ready to submit a project that will absolutely blow my mind.”

Film team registrations officially opened on the 1st of October 2013 with the production period to start on November 15th.   All films must then be completed and uploaded before Midnight on December 13th.  For more details and contest official rules, please visit:  www.project-scifi.com or http://wdthepowerofchoice.com/projectscifi/rules?836270349.