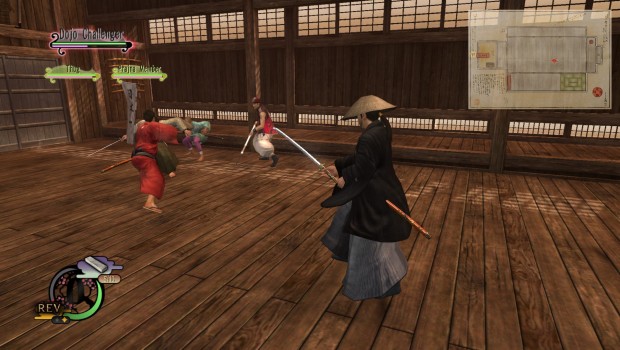 Way of the Samurai 4 PC Review

Summary: Slightly unpolished, but a strange and enjoyable blast from Japan's (fictional) past

The prevailing image of Japanese culture in Western society is an incongruous blend of two aspects: the badass, as underpinned by romanticised notions of ninja and samurai; and the bizarre, as evidenced by strange game shows and the assumption that all anime involves tentacles. These two ideas create a shoddy, imprecise stereotype that allows people to write off Japanese culture—past, present, and future—as beyond understanding; the culture is ‘othered’, beyond understanding for any who aren’t of this mystical, unusual Asian persuasion. 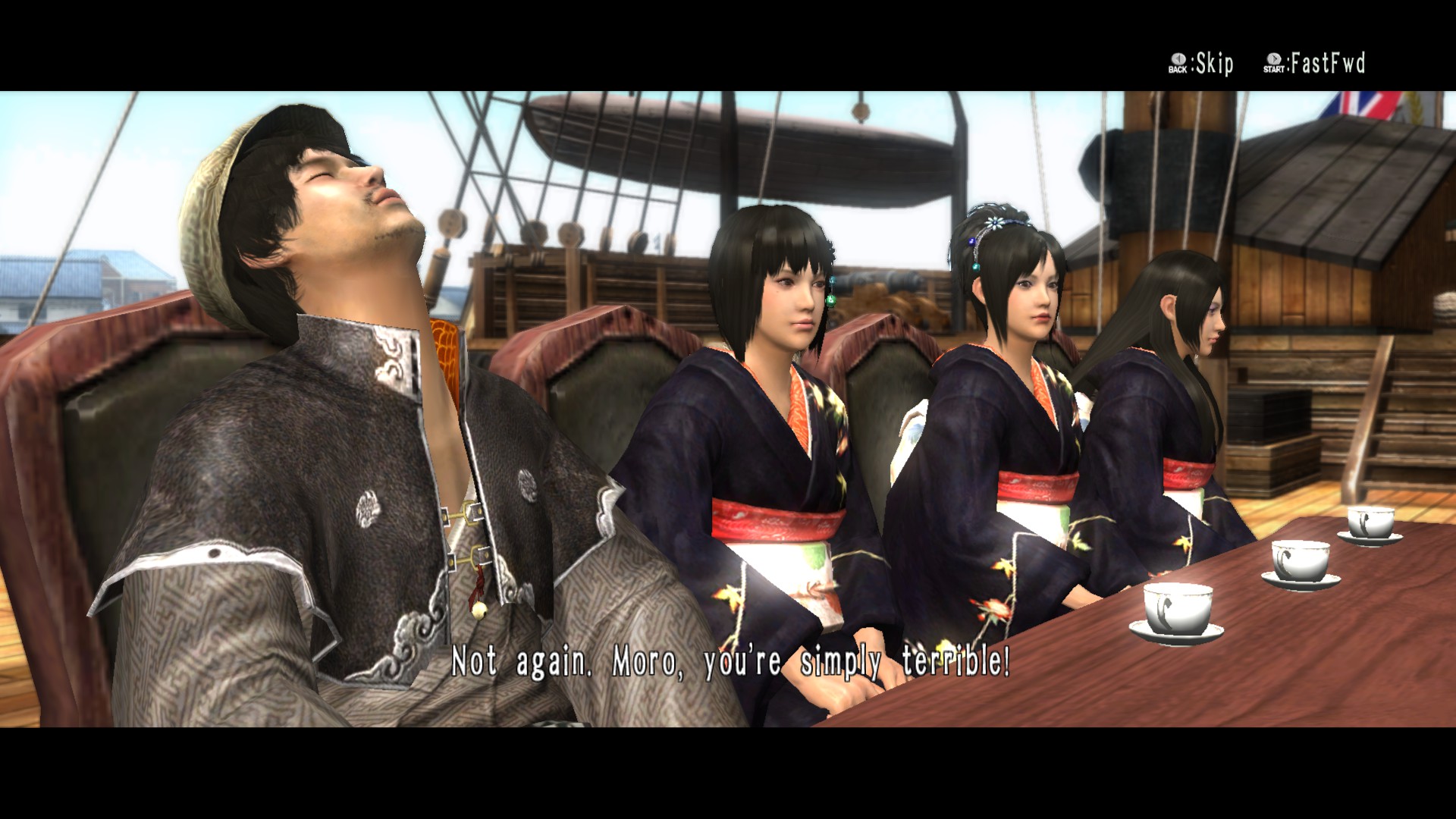 What is truly confusing, for me, is to see Way of the Samurai 4 utterly embrace this notion. Dispel any notion of a gritty samurai simulator, because this game is far more slapstick comedy than it is serious. The characters are divided equally between the anachronistic and the stereotypical: a pre-teen, female, English ambassador with a female knight bodyguard (whose plate armour has breast decorations); a 19th Century English count named Jet Jenkins, with emo hair and a dozen piercings; a sleepy, scatterbrained, and lazy Japanese public official; three attractive, succubi-like sisters; and a main villain who looks and acts so evil that he might as well be a literal oni. With all this ridiculousness, it’s easy to get distracted and miss the underlying thematic tension that was, historically, one of great importance for Japan: do the Japanese reverse their isolationist policies and open their borders to foreign trade at the risk of their culture and heritage?

But, of course, exploring this theme requires the player—a nameless samurai—to navigate three major factions with occasionally conflicting events. For instance, at one point an English lecturer comes to Amihama to teach: side with the Shogunate forces, and you must protect him; side with the Pranja anti-foreigner group, and the mission is now an assassination. There are plenty of events, building up to ten different endings, but actually determining how to achieve an ending other than ‘only do missions for one group’ is complicated. Indeed, there are two different endings per faction, but figuring out the actual triggers is something I might never master. 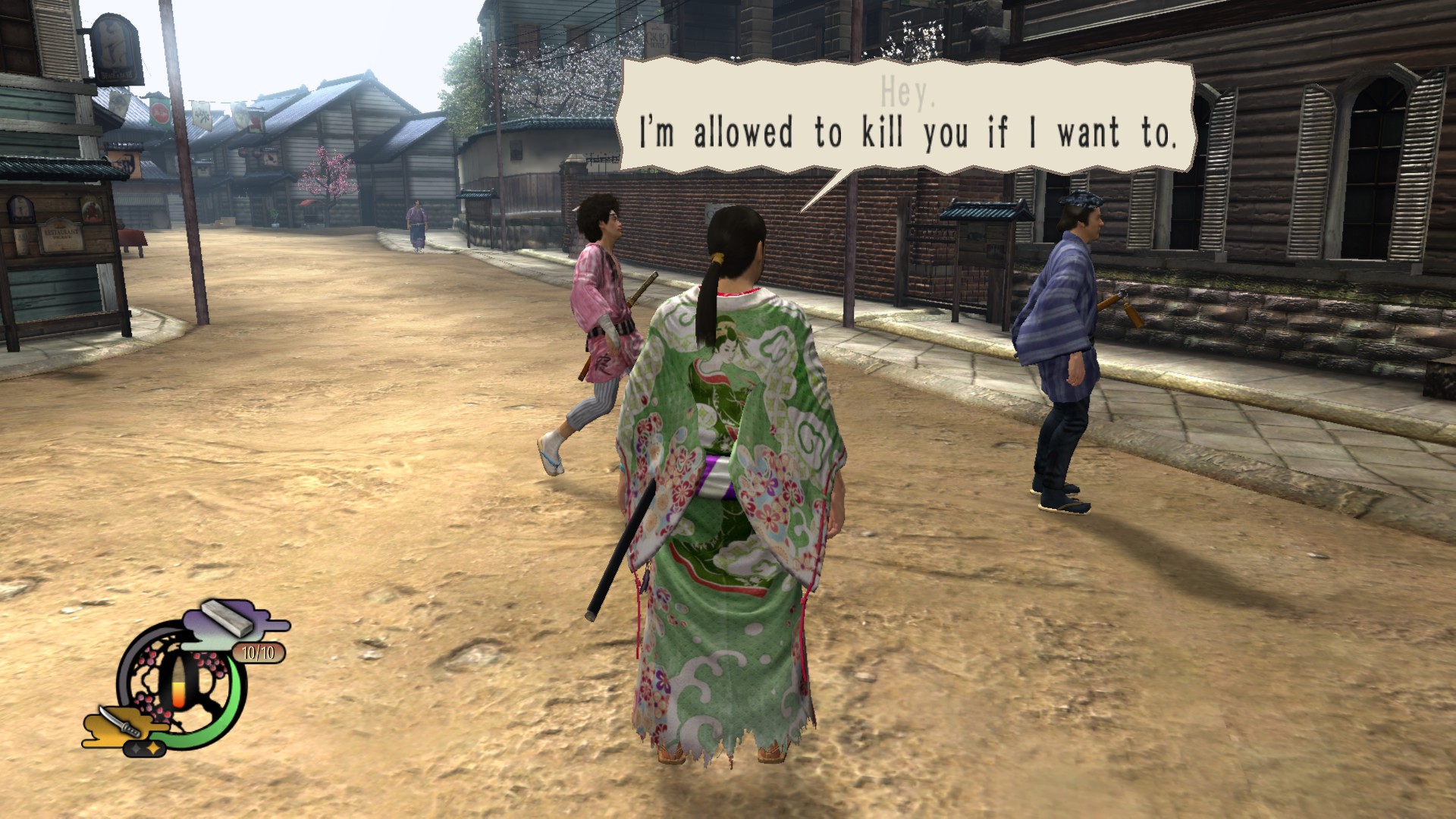 As a game about samurai, combat takes a central role. The player character can collect swords and spears, as well as manuals on different fighting styles, which provides an enormous amount of customisation potential. The problem is that there is no real incentive: mastering the default sword style taught my samurai a single move that I could abuse to win every fight easily; suffering through any of my other twenty or so sword styles felt pointless. This also made spears and unarmed combat styles equally useless.

Those who love to experiment are in luck, however, as the encounters ramp up exponentially. The opening tutorial fights are against three or fewer fighters; shortly after, I had to cut my way through thirty plus men in a single mission. By the time I reached an ending, the body count trailing in my wake was probably double that of Amihama’s actual population. As satisfying as the combat is, I would have preferred fewer but harder fighters. 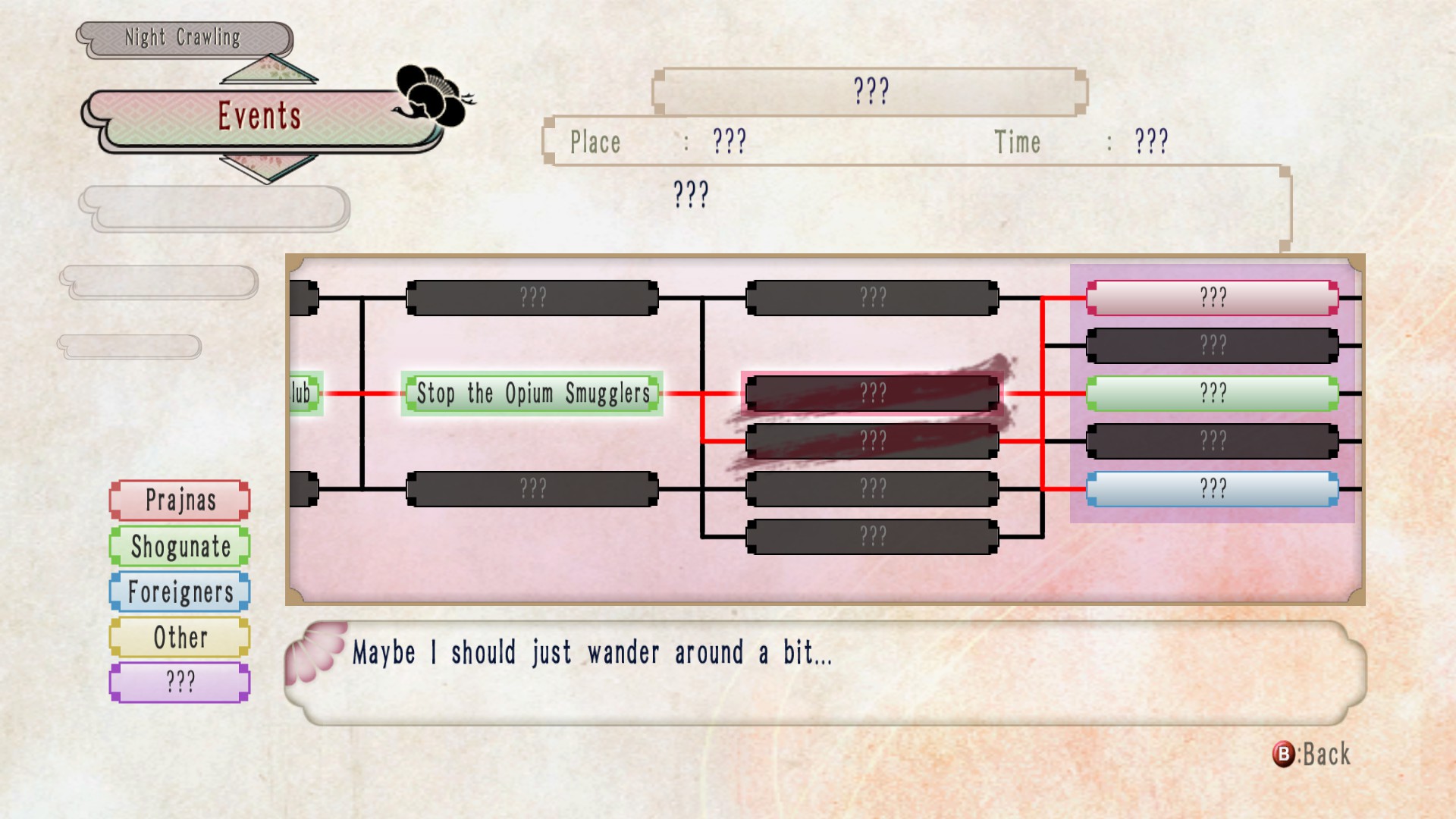 This is a recurring trend in Way of the Samurai 4—quantity is favoured more than quality. Stores offer loads of clothing items and accessories, but these offer no tangible benefit; they are purely cosmetic. The side quests are all ‘deliver this item/message’ or ‘kill this guy (and all his friends)’. The mini games include a handful of simple gambling, some disturbing pseudo-BDSM torture (performed on the player), and an equally disturbing series of ‘mini games’ to secure sex. This excess of shallow, meaningless content attempts to paint Amihama as busy and populated, but instead reveals a hollow emptiness. Even running your own dojo, one of the more interesting diversions, limits your actual interaction to beating up visually indistinct NPCs to recruit them as pupils and killing the same handful of dojo challengers that you’ve seen before.

Way of the Samurai 4 also suffers from its low fidelity port. The animations and textures look dated, and while some of these contribute to the ‘80s cheesy B-grade movie quality, it is otherwise bland and flavourless. It is a curious and quirky piece of art painted in washed out, muted colours; still interesting, but certainly lacking. 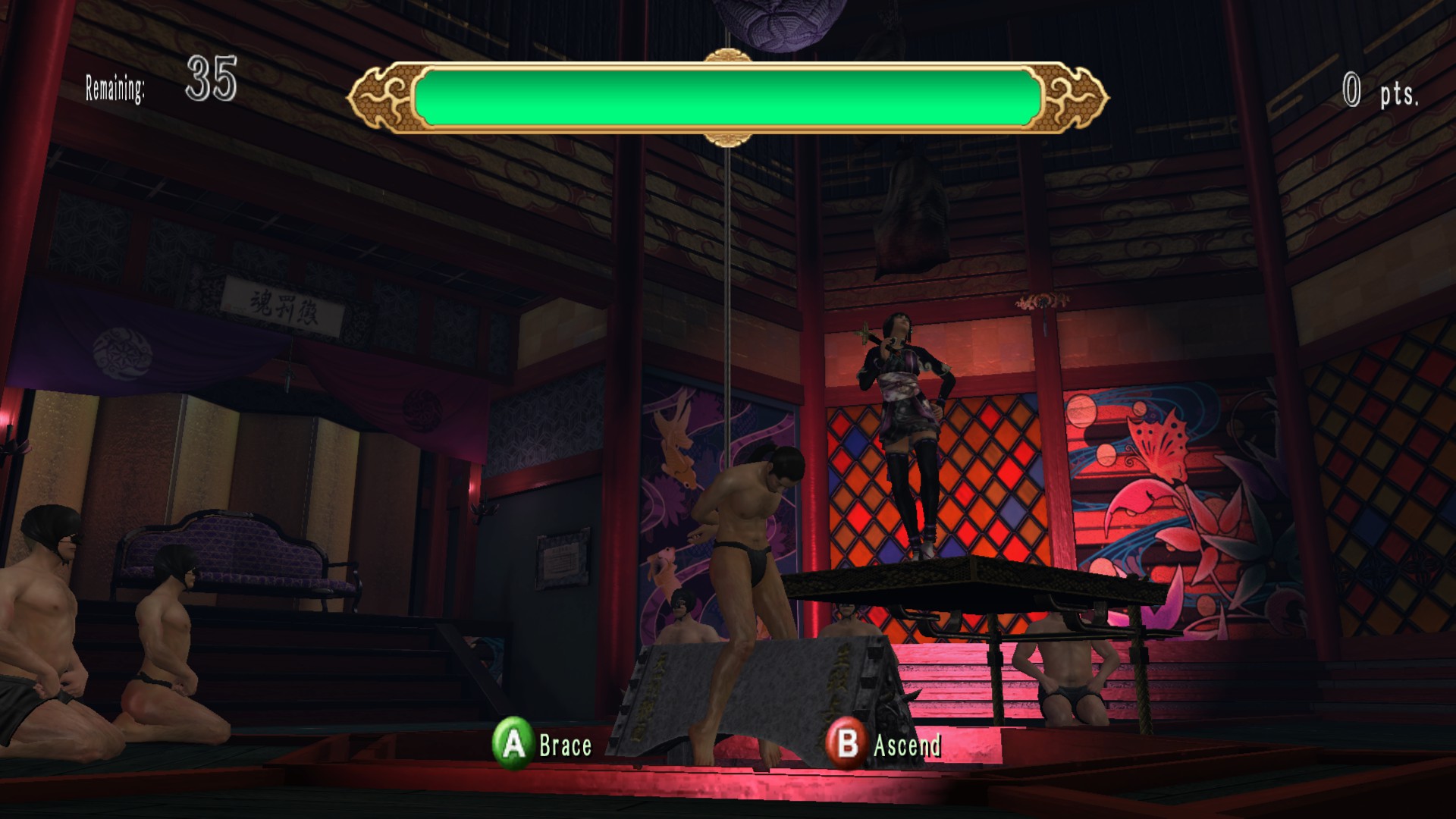 For all its shortcomings, Way of the Samurai 4 manages to be captivating. It taps into that collective interpretation of Japan as mysterious comedic badass, which—while terrible for various reasons—is incredibly appealing. Be a wise-cracking, reed-chewing, half naked, sword-wielding master of destiny. Be the change you want to see in the world, or go out in a blaze of glory a la The Last Samurai (only with less Tom Cruise). Or just eat a lot of onigiri and then take the first boat back out of there: the choice is yours.