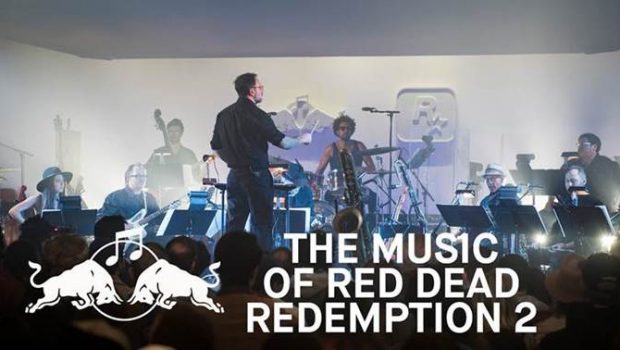 “Jackson translated his work from screen to stage in two live performances, giving game and music fans alike the opportunity to experience Red Dead Redemption 2 in a way unlike they’d heard, seen, or felt before,” said Nerdist. “Drawing from the almost 200 missions that he scored for the sequel, the guitarist and composer brought together more than 30 musicians to recalibrate and reimagine his own music in a completely new way. The composer’s broad and diverse influences flowed seamlessly through the cues that comprised the hourlong set, while projected screens enveloped the audience and echoed the game’s dusty, haunting, dangerous landscapes.”

Jackson weaved together select pieces from the score with help from experimental band Senyawa, accomplished singer Petra Hayden, saxophonist Colin Stetson and drummer Jon Theodore. All the while, the audience were treated to a unique and mesmerizing experience, featuring measured lighting and other visual effects intertwined with projected scenes from the game.

“Bursting red and purple lights filled the studio with dynamic energy and fog machines in the back provided an eerie and beautiful touch, said mxdwn. “Little details like that throughout the performance showed how much thought was put into it to give the audience a truly unique experience… The performance was filled with many twists and turns, and the journey was incredible. It was a very special show that felt very remarkable. Jackson and his stellar guests really provided a wonderful night, and it was great to be surrounded by top-notch musicians and artists bringing their best.”

“It never ceases to amaze how music can transport you right back to a place, right back to a certain moment, said Gaming Trend. “Woody’s music, and the orchestra, did precisely that. The orchestra was tight and precise, a testament not only to the high quality and professionalism of the musicians, but also the skill of the conductor. Another aspect of the musicians’ performance was how much they enjoyed themselves. They grinned at each other between songs, and bobbed their heads and tapped their feet to the music. You could tell that they were having fun.”

Attendees shared their love on social with Funhaus’ Alana’s Pearce and YouTuber @PancakePow sharing their experiences of the night.

Check out the video from our friends at Red Bull above, and look for both official releases of The Music of Red Dead Redemption 2 coming this Spring – the Original Score composed by Woody Jackson featuring contributions by Colin Stetson, Senyawa, Mario Batkovic, Arca and other guest artists, as well as the Original Soundtrack produced by Daniel Lanois featuring D’Angelo, Willie Nelson, Rhiannon Giddens and more.