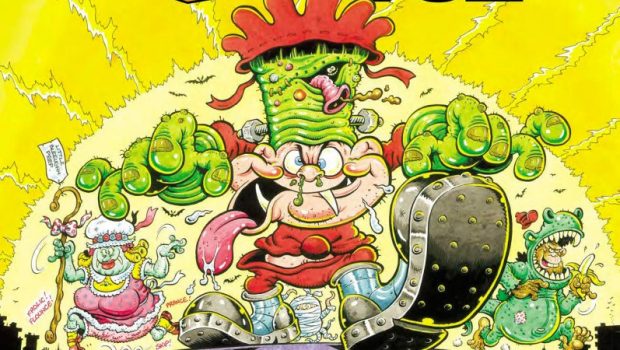 Rebellion is proud to announce that Monster Fun will launch next year, the UK’s first all-new on-going humour comic for kids in 30 years.

The first issue will debut in April 2022, with new issues every two months – perfectly designed for holiday entertainment, whether it’s Easter, half term, summer, or Halloween!

The 32-page bi-monthly title is not only Rebellion’s first brand new title since it acquired the legendary 2000 AD in 2000, but also the first to be inspired by its archive of classic comics.

Packed with all new stories, the first regular issue of Monster Fun will be available from all good newsagents and comic book stores in April, but readers can subscribe now at monsterfun.co.uk and receive brilliant free gifts! 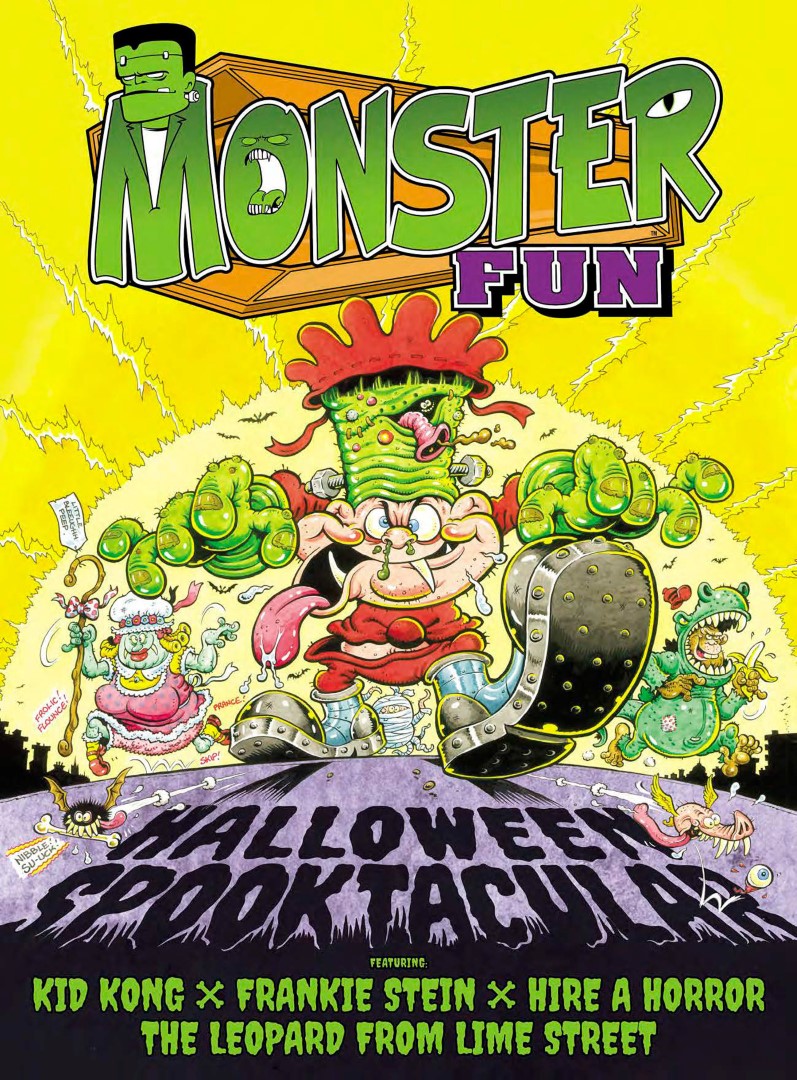 Every issue, young readers will laugh out loud all new adventures from familiar faces such as Sweeny Toddler, Frankie Stein, The Leopard from Lime Street, and Draculass, while new stories like Tokoloshe, Hell’s Angel and Scare Salon will quickly become firm favourites thanks to breakout talents like Juni Ba (Monkey Meat), Robin Etherington (one half of the Etherington Brothers (How to Think When You Draw, the world’s most successful crowd-funded art and writing tutorial series), Matt Baxter (The Phoenix), and kids’ comics legends like Tom Paterson (The Beano).

And it all kicks off this Halloween, with the 48-page Monster Fun Halloween Spooktacular Special issue! Out on 6 October from newsagents, comic book stores and treasuryofbritishcomics.com, Britain’s kookiest anthology returns from the great beyond with plenty of brand new, HELL-arious comic strips that will have you howling with laughter, including Gums, Hire A Horror, Kid Kong, Teddy Scare, Wiz War and a diabolical host of new frights!

Jason Kingsley OBE, CEO of Rebellion, said: ‘They said British comics were dead – but Monster Fun is returning from the beyond to take over! I’m immensely pleased that we are launching the first new kids’ humour comic to hit newsstands for decades. There’s a huge market for all-ages titles out there and I’m proud that Monster Fun continues our commitment to bringing quality comic books back to life.’

Ben Smith, head of book, comic books, film and TV at Rebellion, said: ‘Monster Fun is a legendary and much-loved title from the golden age of British comics, that we’ve revived and reimagined for today’s kids. The team have put together a fantastic Halloween special to whet everyone’s appetites for the launch next year.’

One of hundreds of classic comic properties now owned by Rebellion, Monster Fun was a weekly British comic strip magazine for children aged seven to twelve. Published by IPC Media, it ran for 73 issues in 1975–1976, before merging with sister title Buster.