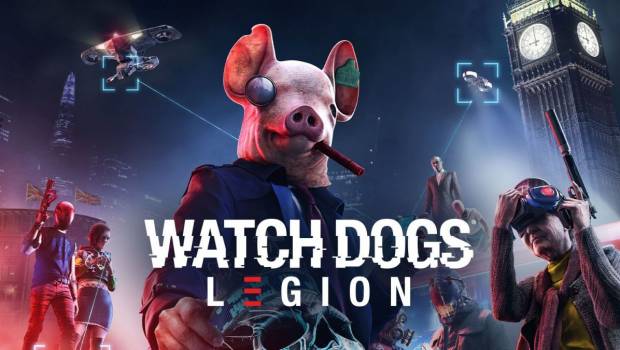 Summary: Set in a plausible alternate future, "Watch Dogs: Legion" is the third open-world action-adventure game in the Watch Dogs series, following on from the events of both previous games.

Set in a plausible alternate future, “Watch Dogs: Legion” is the third open world action-adventure hacking game in the Watch Dogs series, following on from the events of both previous games. Now taking place in London, the game follows the London Branch of the DedSec hacking group as they try to rebuild their organisation after being framed for a series of terrorist attacks across the British capital. New game mechanics now allow players to recruit and play as anyone within the game, opening up endless possibilities for gameplay as they take back London from an unchecked paramilitary police force and discover the true identity of the bomber known only as Zero-Day.

For many years, we’ve all talked and joked about how the government is spying on us, how corporations buy and sell our data to influence what we do, and that there is always someone watching. From George Orwell’s novel “1984” to reality TV show “Big Brother”, the notion of always being watched has always seemed to be a plausible concept but usually played off as been purely hypothetical and nothing to be concerned about. But what would it look like if it was to actually happen? What would it take for governments to embrace this technology and denounce the privacy of its citizens in exchange for an all seeing eye? In a technological world, a series of terrorist attack bombings across London that framed the hacker group DedSec as the culprits was all it took for their government to employ the private paramilitary security company Albion and let them rain supreme as they hunt down anyone who they think is a member of DedSec or even likely to join them. With the London branch of a global hacker group in disarray, it is up to the player to rebuild DedSec, recruit new members, uncover the true culprits behind the bombings, and take down Albion in the process. 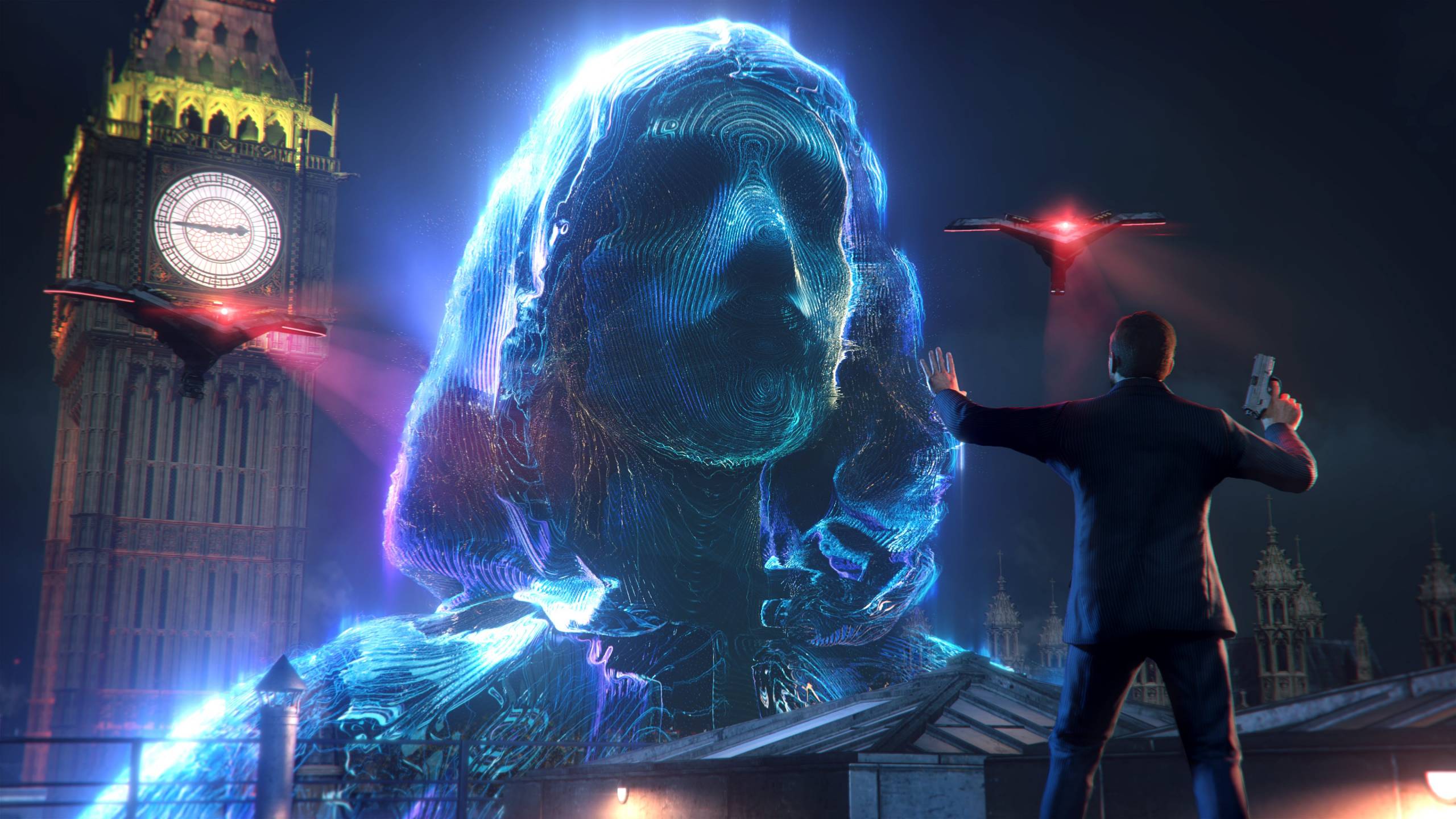 Watch Dog: Legion doesn’t waste any time throwing players into the deep end and bringing them up to speed with the brand new ‘play as anyone’ game mechanics. This incredible feature literally does what it sounds like: letting players pick any NPC within the game and require them into the DedSec family after completing various missions or tasks to gain their favour and trust. However, getting someone to join your team isn’t always a simple task as not everyone has a positive opinion of DedSec after been framed for the London bombings. Most people can be won over by completing a few missions such as helping out a friend with legal issues, rescuing them from gang members, or in one particular case, infiltrate an Albion stronghold because the person you’re trying to requit is convinced of an alien conspiracy. Every NPC is vastly unique and comes with their own set of skills and abilities based on their interests, social situation, and career. For example, people who have a day job that requires wearing a uniform such as a gang member or law enforcer, come with a perk that lets them enter restricted zones that would normally be off limits to the general public. Others might have perks that assist your other DedSec members such as medical staff that help your team recover from hospital quicker. However, not all perks are positive and can be quite deadly ranging from having a pre-existing criminal record that increases their jail time, or uncontrollable gas that gives away their position when hiding, to having a medical condition that could kill them at any given point.

However, players should be cautious of who they help, kill, or injure due to the complex social networks the NPCs have. Every action has the potential to indirectly influence a person’s opinion of DedSec, just as it would in real life. Knocking someone out will instantly leave that person hating you and the chances of them joining your team is next to zero. On the other end of the scale, helping people that are being detained or harassed by Albion can create a positive effect and make them easier to recruit. Regardless of what direct action the player makes towards one person can also create a ripple effect that then influences the opinions of their friends, family and rivals, making it either harder or easier for you to recruit those people as well. In one particular situation, I was trying to recruit a gang member so I could use her uniform perk to infiltrate a gang stronghold but because I had already recruited her rival, she had no interest in joining. This can be particularly frustrating if you are playing ‘permadeath’ mode where, once your character dies, it becomes permanent and you’ll need to find a new recruit to replace the new vacancy on your team. In the event that one of your operative’s dose manage to make an enemy, the consequences can be quite extreme. While I won’t spoil the surprise as to what happens, it does make for some interesting gameplay, further adding additional random events to the already inactivating gameplay. 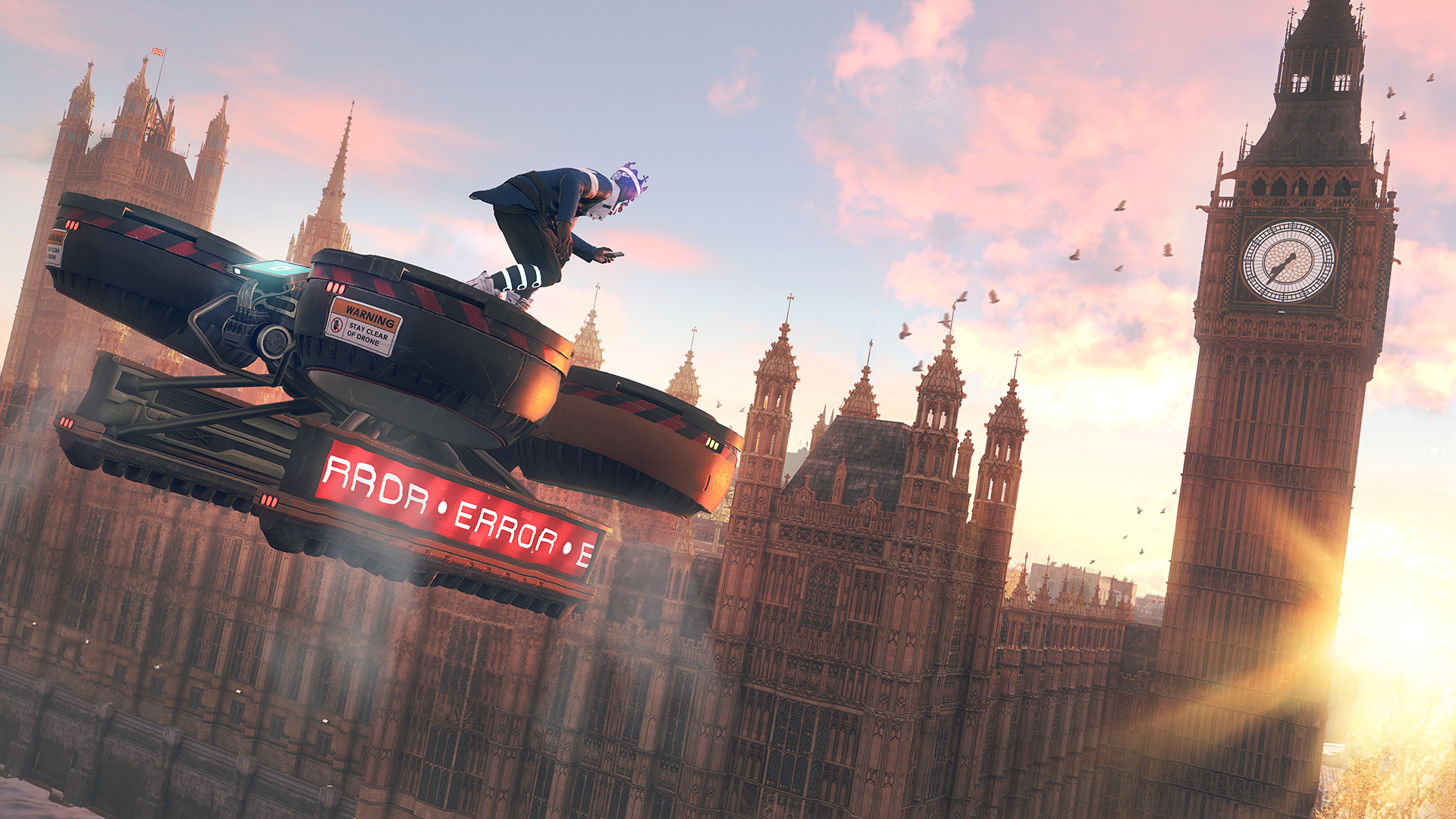 Playing “Watchdogs: Legion” on the new Xbox Series X is nothing short than a feast for the eyes thanks to the smart delivery technology that makes full use of ray tracing and 4k resolution. While my tv only supports 4k like many other gamers, seeing a technologically advanced London at 60+fps is still breathtaking. The sheer defense that playing “Watch Dogs: Legion” on the Series X is unrivaled in both graphics and loading speed. Compared to the Xbox One S, the time it takes for the game to load when fast traveling is like nothing I’ve ever experienced on console gaming. Gone are the days when fast traveling meant that you could get up, stretch, and grab a fresh drink. Now, I hardly have time to scratch myself let alone grab a cold drink from the fridge. But for me, the loading speed isn’t the most impressive part of playing “Legion” on the XSX – it’s the water. Flying over the rooftops in south London on my cargo drone one night, I found myself pausing as I gazed across the River Thames towards Buckingham Palace. It was in this moment that I realized that the bright lights around the base of the palace were reflecting on the water’s surface and shimmering due to the current. And despite being maybe 500 meters away, the clarity of these simple details was smooth and crisp. No pixilation or blurring to create optical illusions, this was the difference that only the XSX could make. Sure, you can see cars moving and the lights of tall buildings way off in the distance, but to create something this beautiful is true magic.

Focusing on the storyline of “Watch Dogs: Legion”, players are in for quite an intense ride through the darker side of the digital world and how people with power could easily abuse it for all the wrong reasons. Despite Watch Dogs 2 being such a bright and colourful game, “Legion” feels much bleaker and leans towards an almost darker tone than that of the first Watch Dogs game that had missions featuring human trafficking and a serial killer. After playing a few missions, players are introduced to the notorious Kelly Gang and their ring of human trafficking, slavery, and organ harvesting. In one mission, I found myself walking through a morgue as a mortician, hacking at a dead body with power tools. Thankfully, there were not any vital organs on display, but such an act occurring only a few hours into the playing really sets the game up for some dark undertones. Furthermore, back on the streets of London, Albion has taken to setting up checkpoints and guards to randomly check peoples ID. Often, I’ll hear the guards talking about curfews or threatening civilians with detention, and it feels a bit too close to home given current world events. On one side it makes the game feel more believable and that a future like this could be very plausible, but at the same time, it might hit home a bit hard for those experiencing similar restrictions. I can only recommend that gamers come into “Watch Dogs: Legion” with an open mind. But be warned, having delved deeper into the main campaign, “Watch Dogs: Legion” will take players to places that only the Netflix hit show Black Mirror would dare venture. 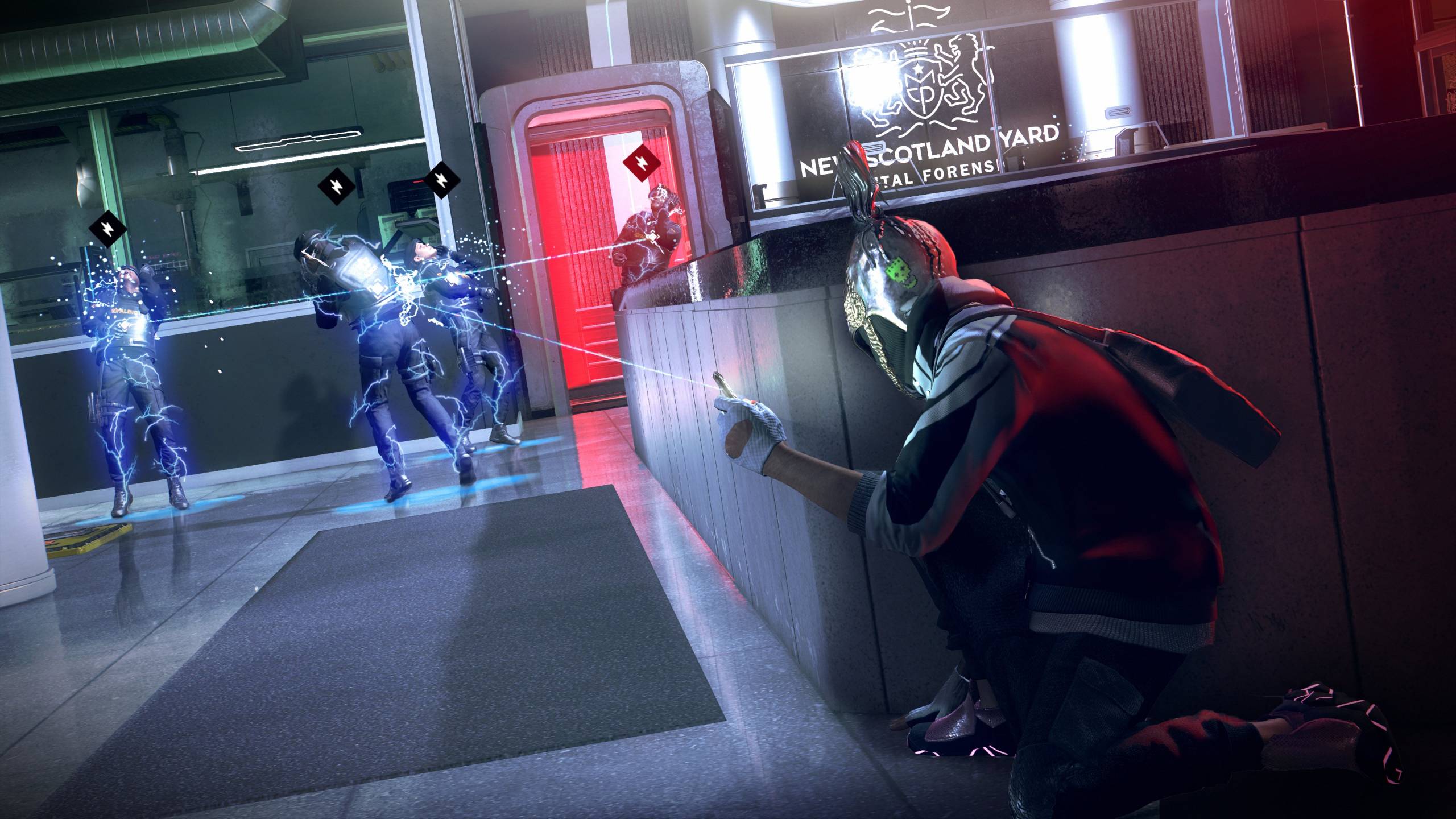 “Watch Dogs: Legion” ticks all the boxes required to be a true Watch Dogs game, embracing elements from both previous games while bringing its own flavor to the table. Playing the game on the Xbox Series X, making full use of the 4k resolution, is an experience like no other. I’m a huge fan of the ‘play as anyone’ approach to creating an underground resistance and the level of diversity in ways people require your help before joining DedSec. Gamers will have a lot of fun searching for some of the Easter Egg characters such as Bonnie Brown and the drone expert that resembles Doc from “Back to The Future”. Personally, I’m glad that “Legion” took a darker turn and really explored the true possibilities of how technology can be used for malice purposes, as it gives the player a real sense of triumph taking down these digital villains. I do recommend caution for younger gamers, as “Legion” is definitely aimed at an older audience. Regardless, “Watch Dogs: Legion” has an enormous amount of replay value and a very compelling storyline with unexpected twists along the way, especially for those who want something thought provoking and gritty.