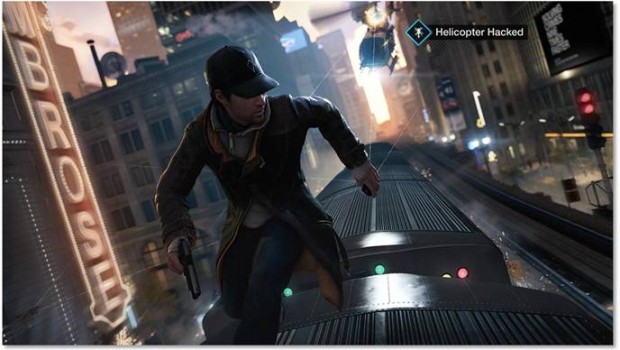 WATCH DOGS™ BREAKS RECORD FOR PRE-ORDERS OF A NEW IP

“These strong pre-orders are a clear indication of players’ anticipation and excitement for Watch Dogs,” said Geoffroy Sardin, Senior VP Sales and Marketing at Ubisoft. “The teams have worked tirelessly to ensure that players will enjoy a top quality game with enormous scope, and we can’t wait to get the game into their hands.”

“We are seeing tremendous excitement for the new Watch Dogs game,” said Michael van den Berg, vice president of Merchandising at GameStop International. “In fact, Watch Dogs is the highest pre-ordered next-generation console game to date. It is on track to be one of the top selling video games across all consoles in 2014.”**

The development of Watch Dogs has been led by Ubisoft Montreal, in collaboration with teams at Ubisoft Bucharest, Ubisoft Paris, Ubisoft Quebec and Reflections, a Ubisoft studio.

In Watch Dogs players will assume the role Aiden Pearce, a brilliant hacker whose criminal past led to a violent family tragedy.  Now on the hunt for those who hurt his family, players will be able to monitor and hack their enemies by manipulating everything connected to the city’s Central Operating System (ctOS). ctOS controls almost every piece of the city’s technology and holds key information on all of the city’s residents. Players will access omnipresent security cameras, download personal information to locate targets, control traffic lights and public transportation to stop enemies, and more. Watch Dogs lets the player use Chicago as their ultimate weapon and exact their own style of revenge.

Customers still have time to place their pre-order and benefit from exciting deals including additional skins, weapons and perks to improve players’ hacking abilities.

**Based on Gamestop pre-order sales data for Watch Dogs worldwide for all platforms as of May 15, 2014