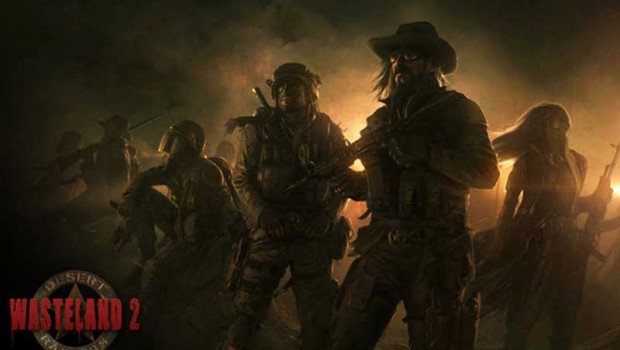 Summary: Wasteland 2 is the must play sequel to fans of the original!

Although Wasteland 2 looks like a game from yesterday, it’s actually quite an in-depth product that has strong parallels to Fallout in this isometric post-apocalyptic RPG. Interestingly enough, Wasteland 2 is the sequel to the original which was released in 1988 and thanks to Kickstarter, we can now play the sequel. So yeah, it’s also linked to Fallout! With that said, the end result is a very in-depth and beautifully created post-apocalyptic RPG that although pays homage to the games of yesteryear, it has a few neat twists incorporated into the gaming mechanics. As a bonus for Steam users, the game even comes with Wasteland 1 plus Bard’s Tale! 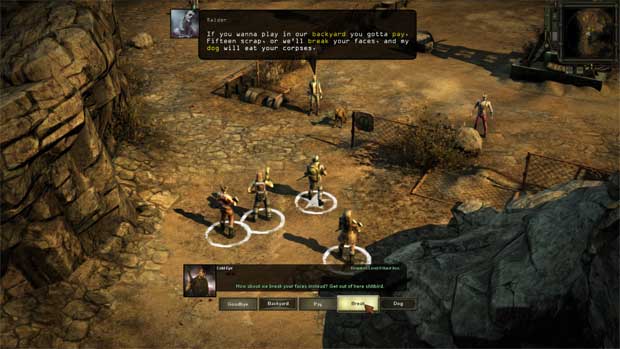 Created by InXile Entertainment, the game commences in the American Southwest after the country has been decimated by nuclear war. Although the civilized structures and laws are mainly destroyed, the universe is basically a dog eat world where the victor with the most firepower wins. Even though the game does start like a twisted version of the Wild West, things do become even stranger when you visit larger cities, especially with cyborgs, robots, religious nuts and even zombies.

This is where the Desert Rangers come into play who are player controlled characters that are investigating the death of one of their fellow Rangers and as a result leads them on a deadly adventure across the US. However before you can jump into the world of Wasteland 2, you must first create your characters. Character development is very old school and harkens back to the world of Dungeons & Dragons as their statistics influence their skills which are broken into three archetypes that include Combat, Knowledge and General. 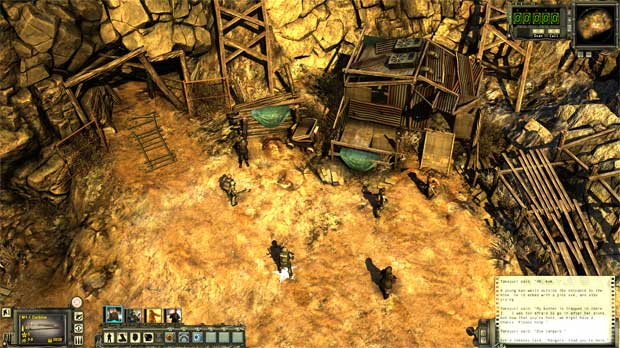 Combat skills dictate your characters proficiency in certain areas such as Brawling, Energy Weapons or Shotguns. Knowledge skills are more interactive such as Field Medic, Safe-cracking or Surgeon. General skills are more holistic such as Animal Whisper, Leadership or Weapon smithing. I must admit that even something as bizarre as Animal Whisper can really help in achieving your objectives. Needless to say and in order to succeed, you do need a mixture of skills as there were a few instances that I wished my characters had a certain skill. I mean it is possible to win with a team made of tanks but something more holistic is far superior.

Apart from your main group, you do come across additional non-player characters who also join your group in order to complete specialised missions. These NPC’s really add to the story development of Wasteland itself. Needless to say, I loved exploring the world of Wasteland and there’s just so much to find and do that it’s easy to get lost in this game itself. In terms of NPC’s, it’s really up to the player on how they interact with them, you can be friendly, neutral or deadly. 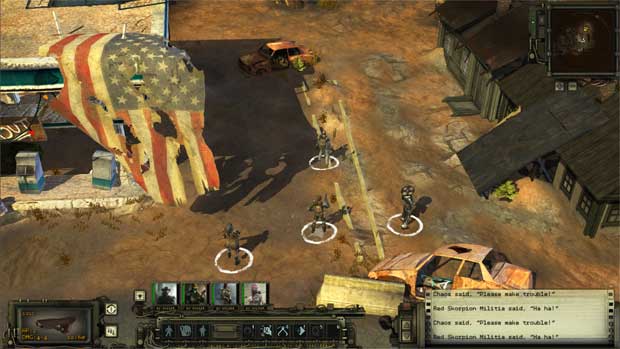 For lovers of loot, there’s quite a bit to be found littered throughout the gaming world but lots of junk as well. Even so, it’s still fun finding all these items and weapons… it’s so old school. Missions in Wasteland are quite diverse that range from rescue missions, stealing things or total destruction such as taking out a gang of raiders. I also love all the different factions in Wasteland 2 which really fleshes out the sometimes complex yet entertaining stories that are linked to this universe.

However combat is the main crux of the game and Wasteland 2 uses a turn-based system that works perfectly and is very reminiscent of Fallout and given that this game is linked to that series spiritually, it’s easy to see why. When you do encounter an enemy or group, the turn based system works well and characters can even use cover to give them additional bonuses.

Weapons are also influenced by this system as some take longer to fire but do more damage and there is even an element of friendly fire which can be the difference between victory and defeat. Enemies are quite varied that include your regular humans to something more devastating such as mutants or the religious zealots called God’s Militia to the powerful Children of the Citadel who believe that humans must merge with machines to survive. All in all, combat is fun and very strategic. 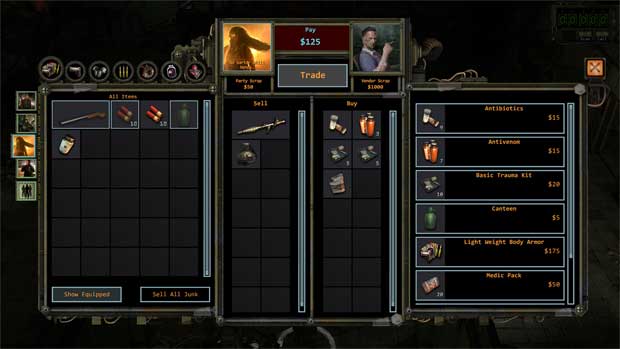 Navigating the world and menus is quite good and the mouse keyboard combo works well. Accessing the character screens is easy, especially with its tab system. I also like how the items are displayed and swapping between weapons is flawless. As you explore the world of Wasteland, interact with characters, engage in missions and hundreds of side quests, the only investment the gamer needs to make is time due to how large and complex the world is. The game could be successfully completed in 40+ hours but if you want to complete all the side quests and explore more, you could easily double that time. All in all, Wasteland 2 is a very well built game with some fun gaming mechanics that is ideal for gamers who love turn based combat.

Graphically, the title does look a little dated but its developers have spruced up the graphics to make it look more modern and streamlined opposed to the original. Environments can be quite Spartan or quite detailed, depending on where you are in the game. which suits the story.

There’s some great lighting and special effects and most characters interact well with the gaming environment. However I did experience some pauses here and there but for the most part, everything seemed quite fluid given the small budget and studio who created it. To complement the post-apocalyptic inspired graphics and gameplay, Wasteland 2 has some great voice acting, especially the radio work that can be both creepy and entertaining at the same time. Music works also compliments the graphics and gameplay. 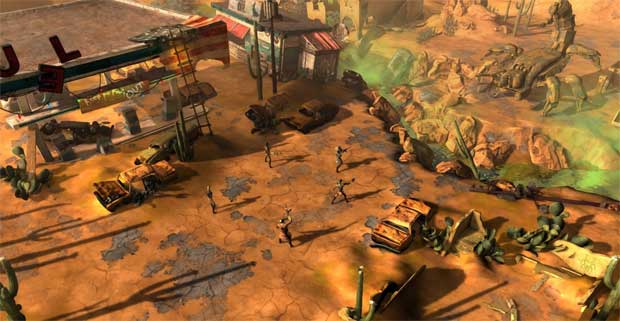 Wasteland 2 is a brilliant sequel to the original game that fans of this genre will thoroughly enjoy. It’s a complex and engaging game that harkens back to a simpler area which offers gamers a great challenge. Sure the graphics may be dated but the story and gameplay works well and we can excuse the few bugs and glitches that we found along the way due to the detailed nature of this universe. Wasteland 2 is a great walk down memory lane with some awesome gaming moments!