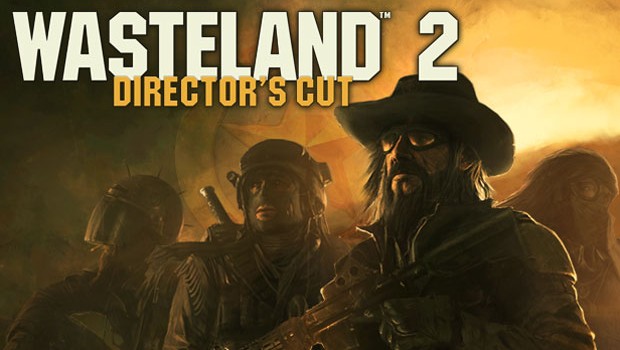 It’s easy to overlook a game like Wasteland 2: Director’s Cut with mainstream heavy hitters like Fallout 4 making waves these holidays, but don’t let this one escape your attention. As one of the best classic roleplaying games available on PlayStation 4 and Xbox One so far, it has been released as an updated version of last year’s package on consoles and as a free update for existing PC owners, with new content, new voiceovers, a new visual bump from Unity Engine 4.5 to 5 and refined gameplay systems making it attractive for both new and returning players alike. 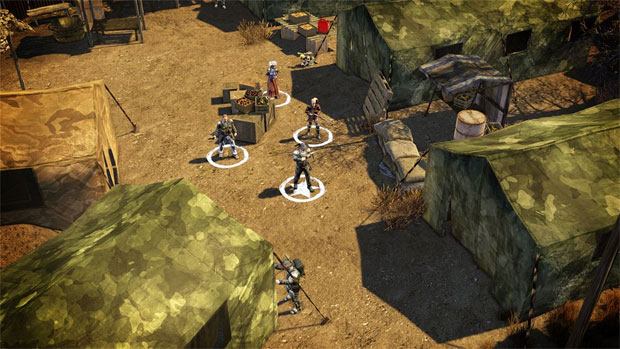 If you love old-school strategic roleplaying games, Wasteland 2 is for you. Like the dice-rolling table-top games of yore, this is a isometric turn-based strategy RPG with a party of characters under your control rather than a single protagonist. Your four-man squad are part of the hardcore Desert Rangers, veteran survivalists in an alternate history world where a meteor impact event in 1998 sparked a global nuclear war and eventually devastated the earth.

Set in Arizona more than a decade later, the characters you roleplay as can either be a squad of justice, death or something in between – your choices matter, and shape how the narrative unfolds and which quests (all of which have different ways to complete them) and eventual companions (up to three others NPCs can join your party) you have access to. The NPCs you interact with and the ones who join you as companions have their own motivations and opinions as well, opening up further avenues of roleplay if you clash on matters. 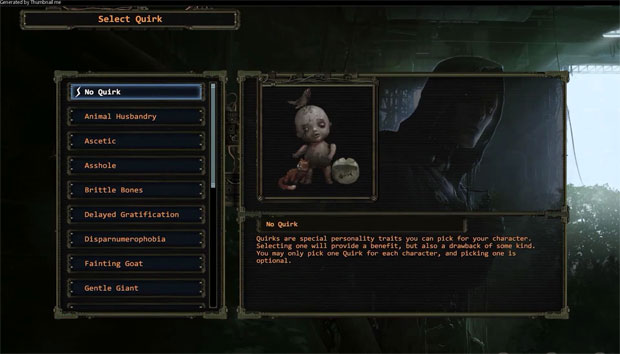 First thing’s first; if you’re a console player looking to dive head first into this previous PC-tailored game on PlayStation 4 or Xbox One, you’ll be at ease in terms on controls and user interface. Both are fine-tuned to match the gamepads of consoles, and the UI is intuitive and unobtrusive. Navigating through menus is fairly simple, with inventory management assigned to the bumpers and the triggers activating radial skill wheels and combat skills.

The character creation and customisation systems are robust, allowing you to create their personal dossier, labelling their age, ethnicity, gender, religion, and even what they smoke. You can also write up each character’s personal biography for ultimate roleplay immersion. After that, you can alter their appearances and personal portraits, though this aspect of the character creation suite is disappointing, with few options. Alternatively to all this for more casual players, you can simply pick from a variety of pre-made characters to make up your starting squad and get into the action. 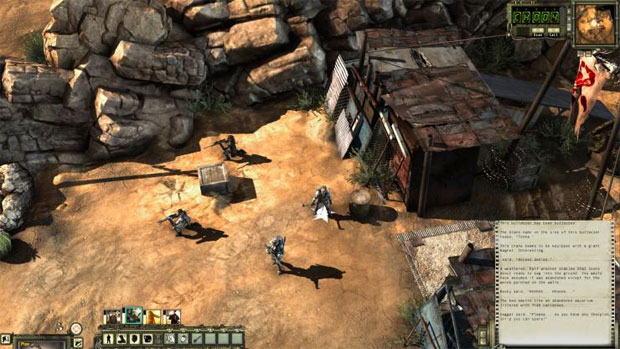 Wasteland 2 governs stats into attributes called CLASSIC, which represent proficiency in Coordination, Luck,  Awareness, Strength, Speed, Intelligence and Charisma. There’s also skills, which determine your character’s specialisations in areas like Assault Rifles, Bladed Weapons, Lockpicking, weaponsmithing and much more. It’s a little overwhelming at first, especially considering the interface in which all these stats are displayed, but if you put in the time and effort, you can create a truly diverse squad to wreck some bad-guys (or good guys) up. My playthrough consisted of four fully customised rangers, each with specialisations in demolitions, ranged weapons, blunt weapons and a bad-ass leader with the Hard Ass skill which enabled him to intimidate people with special dialogue and opened up unique new ways to finish quests.

Once you’ve finished creating your squad, the game throws you straight into the world when you’re assigned by General Vargas to investigate the vicious murder of a senior member of the Desert Rangers called Ace. Ace’s original mission was to establish radio broadcast towers in dangerous areas, and your first major choice which demonstrates the impressive amount of replayability offered in the game is whether to visit AG Centre or Highpool, both under attack by dangerous parties. 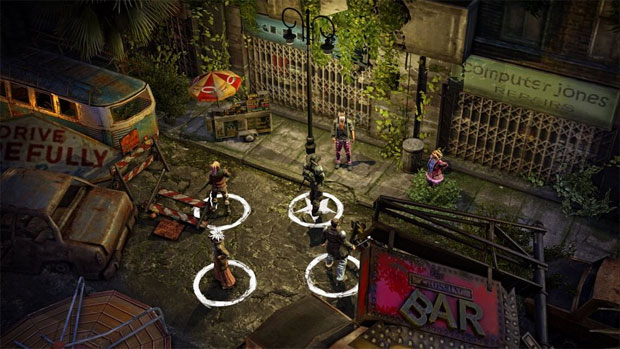 Whichever one you choose completely changes the remainder of the game; you gain allies from those you help, and can’t save the area you don’t journey to, making a replay necessary. I found the unique branching paths a welcome change from the more predictable roleplaying in recent mainstream RPGs like Fallout 4. This level of effort in branching dialogue and choices extends to the rest of the game, with most NPCs full of interesting things to say, quests to grant and ways to interact with them (charm, intimidate, barter, murder, etc). The new voice-acting added in the Director’s Cut has made the black comedy script shine, and makes things more immersive than the text-heavy expositions of the original release. The descriptions of every character, object and area also give things an extra flair of detail, and the quality of the writing is superb.

While exploring the wastelands of Arizona, be prepared to hack, loot, lockpick and fight through a large variety of post-apocalyptic environments and threats. The usual bandits, psychopaths and irradiated animals are an ever-present threat, but there’s also crazier enemies – cannibals, mutated plants, deadly robots – that make for some enthralling encounters. Every major area in Wasteland 2 is separated into local and world maps, the latter acting as dangerous stretches of desert in which you need to avoid dehydration and ambushes to get to the main settlements.

When you engage in combat with threats in Wasteland 2, fights are turn-based affairs, with invisible virtual dice-rolls governing the success and failure of attacks. Depending on your stats, each character on the battlefield is placed into an order of turns, and every action you command your squad to do – attack, heal, reload, move to cover – uses up Action Points.  You can target enemies in different areas of their body with varying levels of success measured in percentages (thanks to the Precision Strike system, which was added in the Director’s Cut) and inflict status effects and maximum damage based on the equipment the enemy has. As expected, battles are violent, visceral affairs and you’re rightfully rewarded for making smart moves, and punished for rushing in too fast or playing stupid. Using cover, having a diverse squad equipped with the right gear (don’t have everyone running around with knives!) and tactics are necessary to succeed. 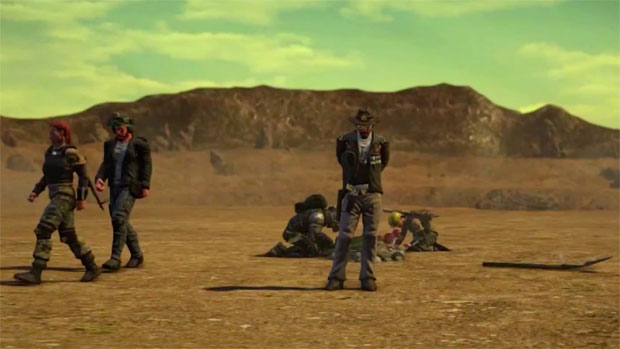 Where Wasteland 2: Director’s Cut might fall short for many players is its graphics and a few gameplay shortcomings. Even with the visual overhaul touted as part of the update, assets and environments look improved from the original release but not completely re-worked, and some of the menus such as the character creation windows when assigning stats are big and clunky, and the character models are dated and fairly simplistic compared to many modern releases. Text size can be an issue too; you can enlarge it from its default setting to ‘Very Large’ but it ultimately might not be enough if you don’t have a massive wide-screen television or play further from the screen. Cosmetic customisation also feels like it could have been given more attention, as there isn’t as many options as I hoped and the portrait selection is small and rarely matches the character model you choose.

Wasteland 2: Director’s Cut is an old-school roleplaying game full of strategic combat, multiple quests, replayability and an intriguing post-apocalyptic world full of great writing and dark humour. While not for everyone, if you’re craving a hardcore RPG, this is a definite recommendation. 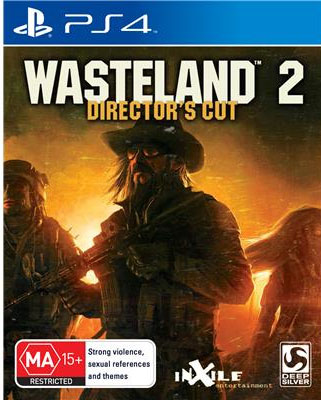