Summary: A side -scroller with mixed elements of gaming that casts enough of a spell to keep you playing.

So we look through our editor calendar and see we have something rather interesting to take a look at. Looking old school pixel style… brings me back to those games that many of us whiled away our hours in arcades playing… so the publisher sent over a code for us to check it out on STEAM.

Even though it looks dated, I’m pleasantly surprised at how much fun it is… so here we go… Warlocks vs. Shadows is a mix of action, brawling, a hint of RPG and platforming. With an old school look it may be easy to give the game a pass on looks alone. In fact for us old school gamers it almost feels like you’re playing a DOS based game, with the look and feel.

Though players will be missing out on a pretty sweet game that gives you just enough to keep coming back for more. Granted there are better levels than others, and there are some things like any game that could use better delivery or design but there is enough here to click that addictive tick we all have for gaming. 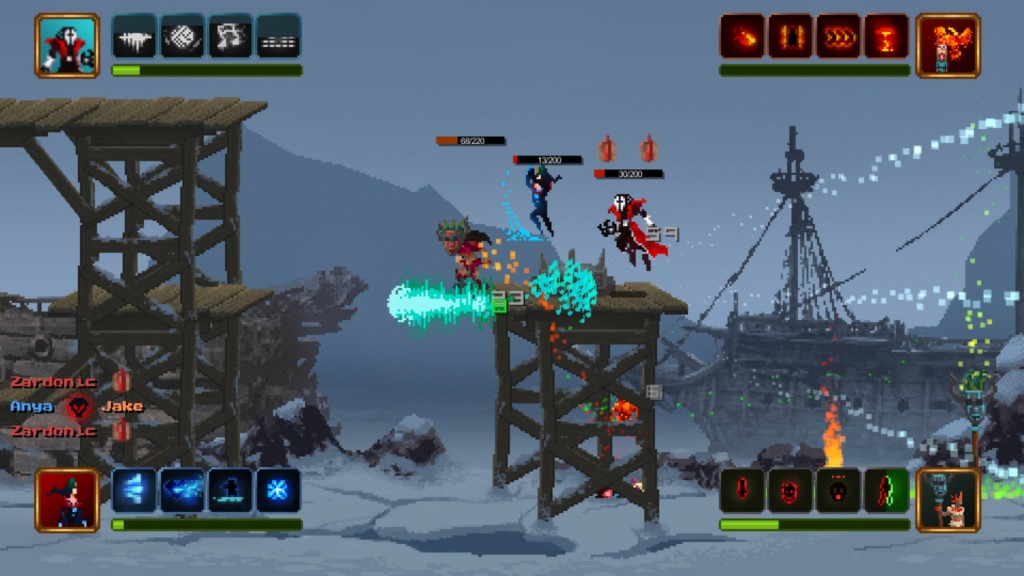 The premise is simple with no meandering back story, it seems some evil being has invaded the world, it arrived by way of meteorite and no they did not just come to rock the mic… they hit the ground and started laying it down, sending out shadows to take over the world and this is where the player comes in. To stop the shadow beings and to take on the big bad.

Diving on in players are going to see that there are a couple different modes to the game and after all… who does not like different modes?  The main screen shows us Story Mode, Versus Mode and Horde Mode. So there are options for both single player and some on line play and local co-op play and versus other players. It’s basic to the point and functional.

When starting a game the player creates a profile, and then has the choice of several different character types each with their own abilities. Those that are used to these types of sword and sorcery games will be familiar with the character types. The Magical characters can play range in different styles of magic and elemental abilities, from ice and fire to shamanistic abilities.

There are eleven in all character types though not all are available right at the start and have to be unlocked with game play. Each have their own special abilities and play different enough from each other that it may be worth a go round with each one. Although in the middle of the game, even while playing a level, the player can hit the escape button and the option to change to a different Warlock character which is available. 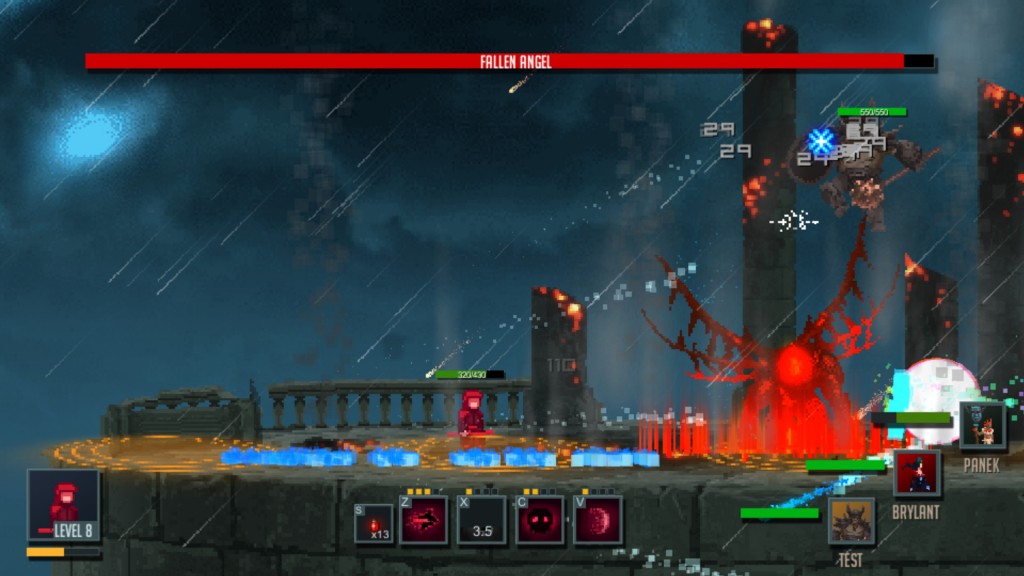 Interestingly, the player sadly enough does not start out in the level the other Warlock has just left… no unfortunately when changing Warlocks the player starts all over again, complete with the tutorial. Beginning with the tutorial again may not be a bad thing because the character abilities are different enough in effect that players will want to get used to what the characters abilities are and how they play out before just jumping right into battle.

Magical abilities require some cool down periods to build back up to be usable again.  From several seconds to a characters primary long range attack ability which is a mere two to four seconds.

Levels range from simple to outright nerve breaking hard at times. As the player blasts their way through five different dimensions with different environments, each have their own types of enemies and bosses, so players get a much more diverse bunch of enemies as they advance in the game.

Advancing in the game and destroying the shadow creatures’ yields rewards in the form of levelling up and also unique items to aid the player in their monster fighting. And players will need all their nerve and skill because each level also has several waves of monsters and at the top right of the screen it will tell you have many waves you have defeated and how many are left to go.  Levels will also at the start tell the player at the top left what stage they are on in the world… for example, stage 1-1, stage 1-2 and so on. At the very top center of screen, greyish boxes can be seen that displays how many stages a world has like the first world has seven stages. 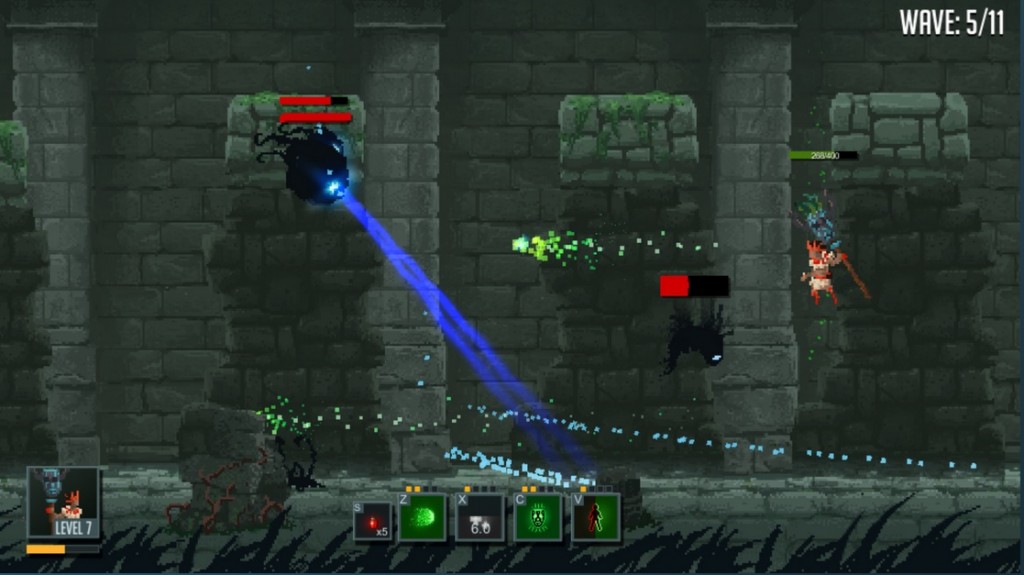 At the end of a level we get a special screen that tells the player how they did.  It shows number of monsters killed, how many deaths took place for the player and how much damage was done, including how many spells had been cast.

This really does feel like a throwback or homage to many of those old school games. When leaping in the air to avoid attacks it’s not very precise when trying to change directions, so it takes some time gaming to get used to exactly what touch the game needs to pull off taking out the mounting shadow enemies that can flood the screen.

While not a perfect game, it’s surprisingly a fun game. It has a fun factor to it even with some levels feeling like your just on a grind. It manages to keep you interested enough to push on and beat those enemy for the feeling of accomplishment and maybe some bragging rights.

It is well worth the distraction to have in your gaming library.

As its description states…

The game places great focus on co-op and versus play between players, where you can fight in 1-4 player DeathMatch or in teams of 1v1 or 2v2.

In the single-player/co-op campaign you have to clear your way through 5 different dimensions with unique enemies, bosses, and environments. You level up your character by slaying evil monsters and getting better and better items.