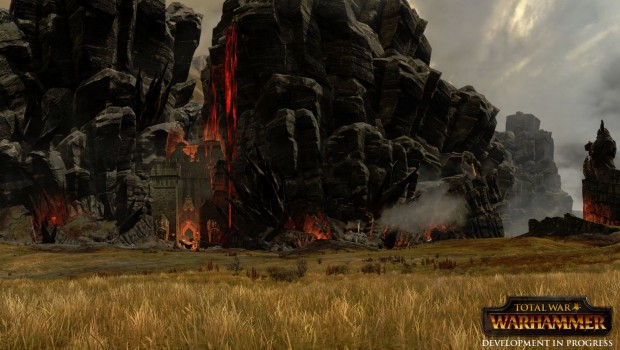 The Battle of Black Fire Pass, one of the many Quest Battles from Total War™: WARHAMMER®, is now available to watch…

Accompanied with developer commentary, this scripted battle demo is taken from work-in-progress code and depicts a desperate clash between the forces of the Empire led by Emperor Karl Franz and a Greenskin horde led by Orc Warboss Grimgor Ironhide.

The Battle of Black Fire Pass formed the basis for this year’s Total War: WARHAMMER E3 press demos, and offers a glimpse of the tremendous diversity of battlefield units, spells, war machines, monstrous creatures and fantasy environments that will appear in the final game. As a Quest Battle available specifically to Karl Franz, it represents one of many bespoke, optional encounters players will unlock as they progress through a campaign with their chosen Legendary Lord.