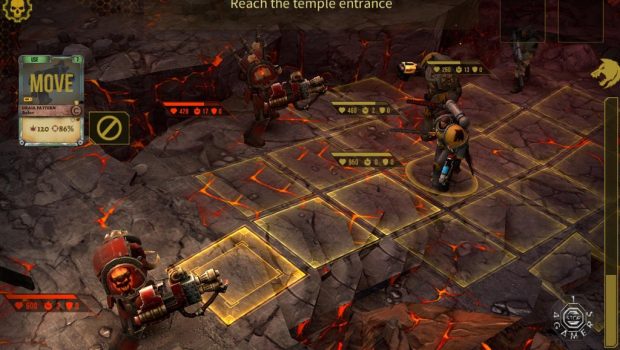 SYDNEY:  Mindscape Asia Pacific today announced that in association with Rodeo Games & Games Workshop and Funbox Media, it will be bringing Games Workshop’s legendary Warhammer 40,000: Deathwatch to Playstation® 4 on 28 February.  Players will face a splinter of Hive Fleet Leviathan as the Deathwatch fight to keep the Astolat sector from being consumed by the Great Devourer

Warhammer 40,000: Deathwatch® is a turn based strategy game, set on the edge of Imperial space, where your Space Marines will engage the Tyranids in a series of tactical engagements. From war ravaged cities, to the insides of Tyranid bio-ships, your mission will see your Kill Team rise in strength and skill as you face ever greater threats and peril.

Clad in black armor, the Deathwatch is an elite, secret order of Space Marines. Drawn from the greatest heroes of several Chapters of the Adeptus Astartes, they are dedicated to combating the ever present alien menace that threatens the Imperium. In the game you will be able to customize your Kill Team with over 200 different weapons and wargear relics and take on the campaign.

WARHAMMER 40K: Deathwatch on PS4 will be available on 28 February exclusively the EB Games.