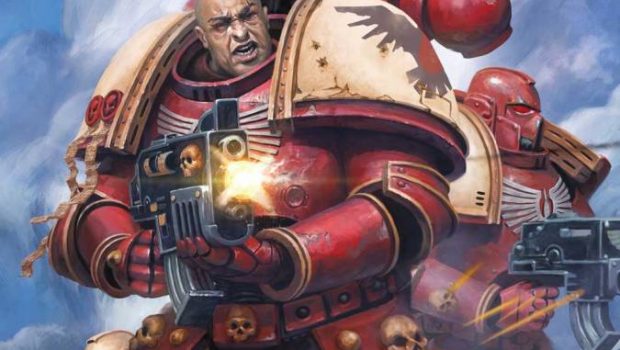 Summary: A companion piece to the latest Dawn Of War game... delve deeper into the story that will unfold.

The Warhammer 40K universe is a rich one full of Science Fiction melodrama… or perhaps to put it more succinctly, it’s basically a space opera. You have the Space Marines, the Eldars and the Orks… all fighting for their own cause. With the recent release of the game Dawn Of War 3 this comic serves as a companion piece to the story that unfolds throughout that gaming experience. 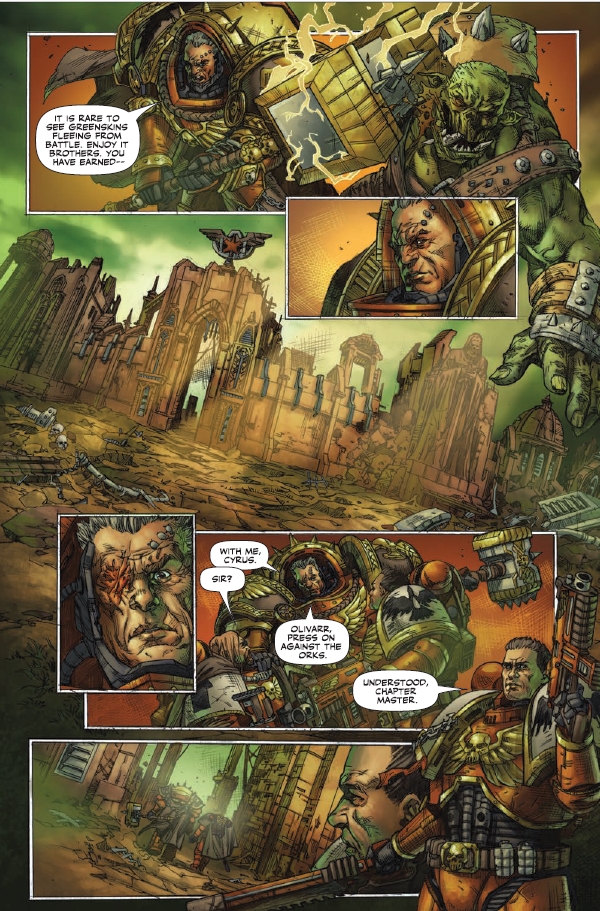 If you are familiar with the previous games or have jumped into Dawn Of War 3, many of the characters will be familiar… if not, this is still a great way to have the world of Warhammer 40K fleshed out some more. The steadfast military devotion of the space marines is very well conveyed here and the sense of duty and honour is ever present. Testosterone flies freely throughout the pages and you get the impression if Blane from Predator were a Space Marine he would resurrect his line “I ain’t got time to bleed.”. 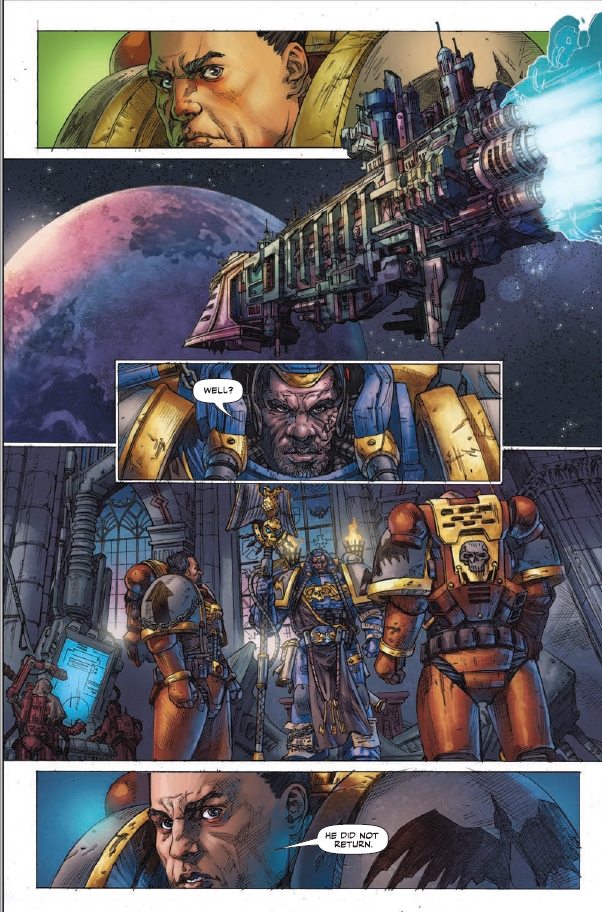 I have mixed feelings about the artwork here. On the one hand there are some very nice panels that show the enormity of the Space Marines and their iconic armour, there are some great expressions on the faces. But on the other hand I did find some panels to be a bit… messy? Perhaps confusing is the right term. I think it may come down to the colour palette… some scenes have very minimal colour difference between elements and as a result certain objects blend more or less together. It is almost as if a page is fully inked, given a first pass with all the vibrant colour and then given a final wash coat… a tonal coat to make the whole scene blend as one… but in so doing the delineation between certain visual elements just gets so blended that it’s hard to tell them apart. 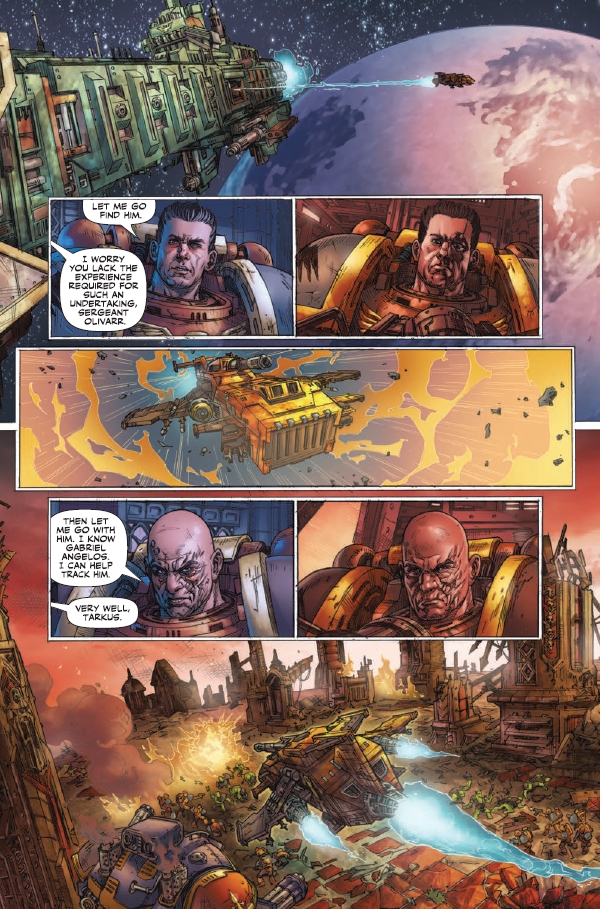 An interesting addition to the overall story for Dawn of War 3 but perhaps better served as a free bonus with the game rather than as a standalone comic. Having said that, this may just be best left until the entire story can be bought together as there are a few too many things going on in this one portion of the story to make it worthy of a stand alone purchase… get the story all together or perhaps just play the game. 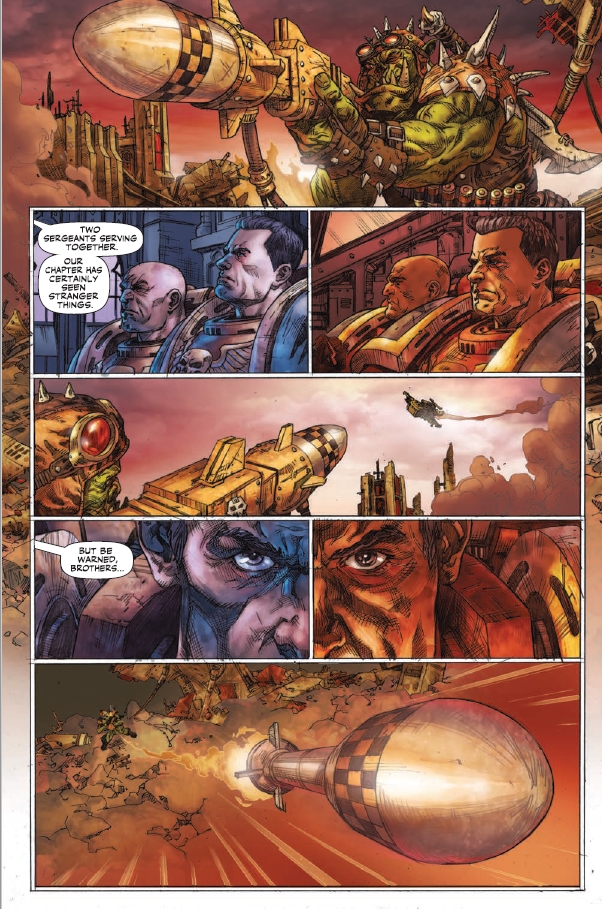