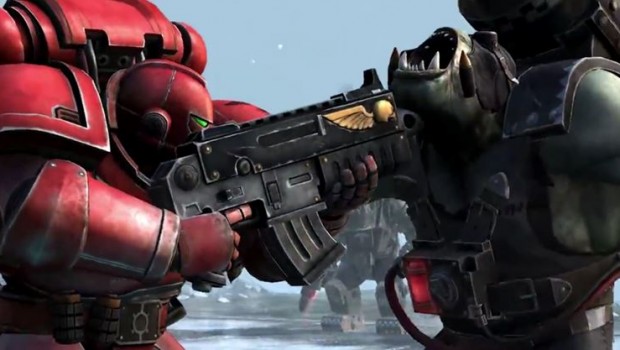 Warhammer 40,000: Regicide is a brutal take on one of the greatest turn based strategy games of all time. Regicide fuses multiple phases of combat with dynamic action. Maneuver your army into place and unleash a devastating array of tactical abilities to crush your enemies.

Due for release every few weeks after the launch of Early Access, these upcoming content drops will inject plenty of exciting new additions into Warhammer 40,000: Regicide’s gameplay.

These include the full single-player campaign, new Chapters, Clans and a host of incentives, rewards and unlockables for participating in the Regicide online forums and community!

Phase 1 features the Space Marine Blood Angels and Ork Goffs, plus White Scars and Bad Moons as exclusive community rewards for those who have supported us!

Fans who participate in the Regicide forums will also be eligible for in-game rewards and bonus content, to be announced soon.

Available now and priced at $14.99 (US) on the Steam Store (http://store.steampowered.com/app/322910), players can get their first taste of Regicide’s addictive strategy gameplay, as the team at Hammerfall apply the finishing touches to upcoming Regicide content: