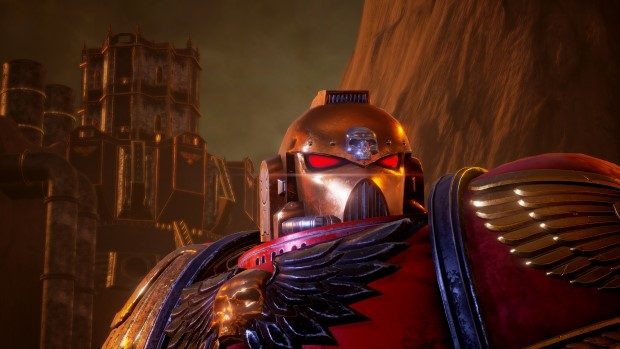 Summary: Multiplayer combat but possibly more of a battle against the game.

I have a mixed history with Warhammer. I’m not sure if my first exposure to it was through miniatures and the love of painting them or through the game Space Hulk “The game’s opening tune, “Get Out Of My Way”, was recorded by British hard rock band D-Rok, with Brian May of Queen as guest guitarist” (as noted on wikepedia)… I loved that song! So I was keen to get into Warhammer 40,000: Eternal Crusade. 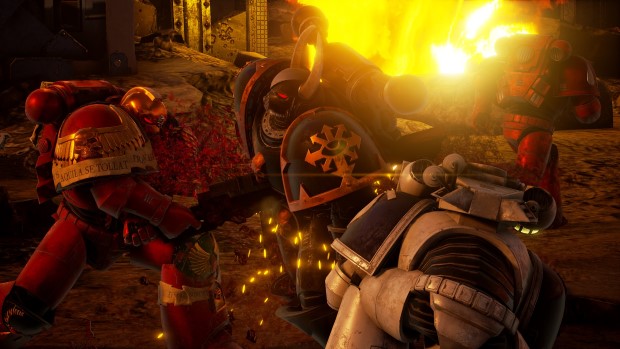 Firing it up it has a nice enough front end you create a profile and select from one of four slots to begin your challenge (convenient as there are four different groups to chose from… so yes use one slot per group… or try slight variations on each faction). But then we get to the start of the hesitations. As mentioned earlier, part of my draw to Warhammer 40K has always been the visual appeal… the miniatures and the custom paint jobs people do of them… sometimes completely unique, other times just painting the different flags, skulls and such onto their established characters. In Eternal Crusade you can customize… but it will cost you. For a game that you are putting down around $50 for it seems harsh that you can’t just “paint” your character how you want. I would expect all of that from a free to play… but here it seems like double dipping. But we’ll leave that… what about the game? 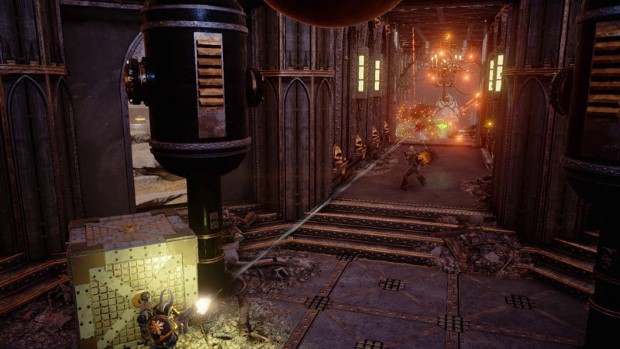 Well there are some good points. The “finisher” animations are quite satisfying (unfortunately I tended to see them from the receiving end). You have the option to “hold space to bleed out faster” basically returning you to the map screen faster to re-deploy… in that time though your would be killer can finish the job and run their blade through you. But this also relates to arguably the biggest issue. Balance. I prefer ranged attacks… I mean you have guns for a reason, right? Eternal Crusade doesn’t seem to want to recognise your marksmanship and instead forces you to get so close to your enemy that they then run right up to you and drive a sword deep into your guts… or is that just me? I did have a bit of fun jumping in a vehicle and running down my enemy… so there’s that. 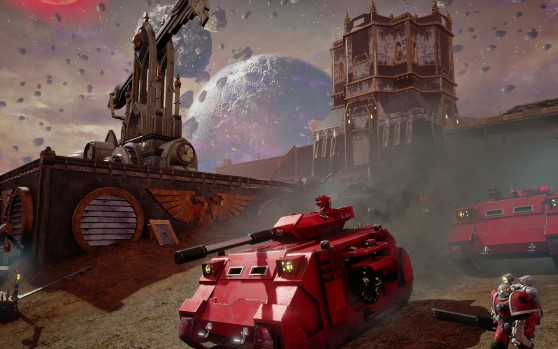 The maps are fairly straight forward but they do have some nice atmospheric elements, volcanoes bubbling over on the horizon. Rain falls which combined with the soundscape is quite pleasing. The majority of gameplay is your standard capture the flag/base style… and typically involves making a rush at a point and keeping the enemy off long enough to claim it as yours… once done you can then re-deploy into that spot if you die… but the points change hands often and you can find a reasonable portion of your time taken up getting back to the action… as mentioned before, if you’re a ranged unit chances are you will get within a certain range and then find an enemy appear seemingly out of no where and spear you.

I also had the added trouble of finding it tricky to establish who was on my team… which is not to say the graphics are bad… just that in the midst of a conflict (I guess more so because they were basically just using melee) everyone blends together… not wanting to shoot my own team mates (for which you can “forgive” them for doing should they take you out by accident) I would often hold off… again falling victim to some other enemy who in the meantime had sped up and skewered me. 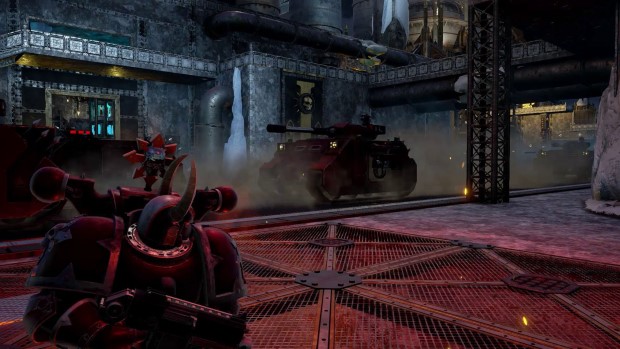 There are some other game modes but when trying one I found myself seemingly in the Warhammer 40k version of Saw… about 5 of us spawned into a room with no apparent door or way out… naturally we all started tapping T to at least have some amusement, after cheering ourselves on, some of us (no names) may have thrown grenades… after seeing other players drop in then drop out a few times I too gave up and left. 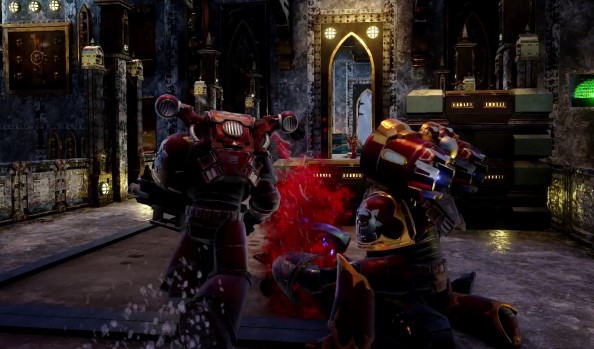 As a fan of the 40K universe there is quite a lot to like here… it does look authentic and you can see what the intention is… but as many have said, this is under-cooked. The desire is there but it could be a few patches before it really presents something worthy of donning the oversized armour and declaring your efforts for the Emperor. For now… either wait for a deep (and I do mean Deep) discount… or maybe put it in your wishlist and keep track of the patches and user reviews… given time I think the Devs can make this a great game… it’s just not quite there yet. Until then…