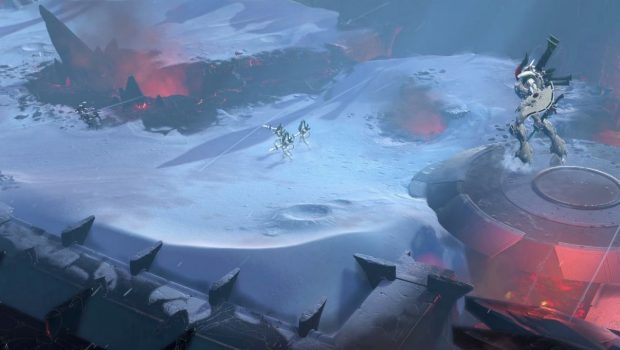 As we gear up towards the release of Warhammer 40,000: Dawn of War III, SEGA Europe Ltd. and Relic Entertainment invite you to experience a few of the mysterious locations that players will visit in the highly anticipated third instalment of the RTS franchise.

Over the course of development, the Dawn of War team has focused on creating massive landscapes – not just to accommodate the huge scale of battle, but to elevate gameplay with destructible features, strategic depth, and nods to the rich 40K universe.

In this Environment Showcase, Art Director Matt Kuzminski and Lead Environment Artist Tristan Brett speak to the inspiration and design process behind these spectacular, deadly worlds that will form the foundation of Dawn of War III, and act as a canvas for a new era of endless war.

To learn more about the worlds and characters in Dawn of War III, and to keep up with future updates, be sure to heard to DawnOfWar.com, and follow Dawn of War on social media.