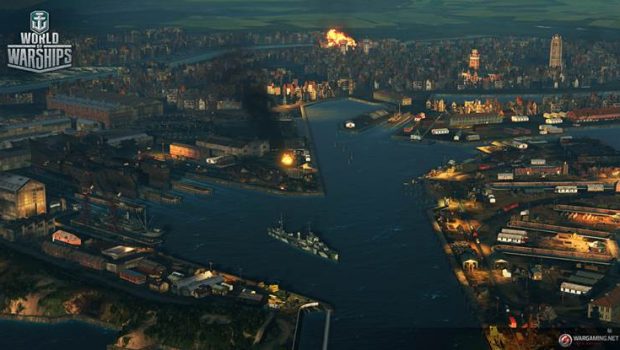 July 11, 2017 – In conjunction with Warner Bros. and alongside the WWII action thriller DUNKIRK, Wargaming is kicking off the commemoration with a series of history-based activities and bundles.  The “Remember Dunkirk” content will be available in all three of the Wargaming “Battle Trilogy” of video games beginning July 14th. The robust program encompasses World of Tanks (PC & Console), World of Warships, and World of Warplanes.

“The historic ‘Miracle of Dunkirk’, like many of the events of World War II, continues to impact and inform our battle-focused games,” stated Erik Whiteford, Head of Marketing, Wargaming America, “We are inspired by this momentous military operation and are excited to be in a partnership with Warner Brothers for Christopher Nolan’s highly-anticipated action thriller DUNKIRK.”

The battles expand on July 19th, as the “Remember Dunkirk” missions embark onto the high seas in World of Warships. A series of challenging missions will give warship commanders the opportunity to earn Dunkirk-themed containers and flags, as well as the warship HMS Gallant, a British destroyer that played a significant role in the heroic evacuation.

More detailed information on all of the historic in-game action and offerings can be found here www.rememberdunkirk.com/details

Additional information on Wargaming’s Dunkirk related activities, including the ability to register to play the entire Battle Trilogy of games can be found at: rememberdunkirk.com/details