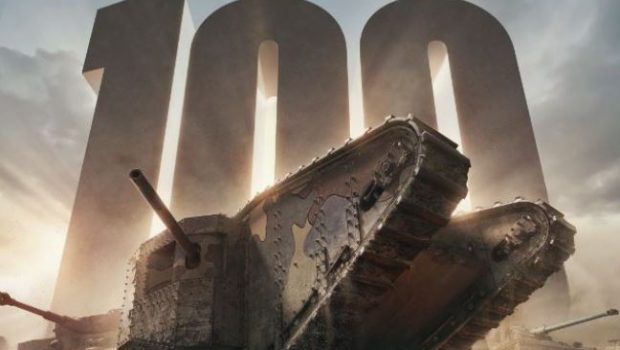 Wargaming Hosts Massive Celebration in Honor of 100 Years of Tanks

September 5, 2016 — Wargaming is proud to be celebrating 100 Years of Tanks with a host of online events in remembrance of the Mark I, the first tank to hit the battlefield. On the agenda are numerous in-game modes featuring the Mark I, starting from September 14 on World of Tanks on Xbox 360, Xbox One, and PlayStation®4; joining the celebration a few days later on September 19 will be World of Tanks PC and World of Tanks Blitz.

“Wargaming was created with a passion for history and video games. It runs through everything we do,” said Wargaming CEO Victor Kislyi. “This September, we are celebrating an event that not just changed the history of military engineering but inspired generations of creators to build ingenious vehicles. We would like to thank the Mark I, which sparked an age of tanks, and to commemorate this historical moment with our passionate community.”

World of Tanks on PC will introduce a special in-game event on September 19. In “Convoy” mode, players will be driving an entirely new vehicle type: four-wheeled Lanchester armored cars, armed with fast-firing machine guns, which are incredibly quick and mobile. Players will be divided into two teams of seven. One team will protect the Mark I as it moves across a World War I battlefield, providing cover and repairs to the Mark I, while the other team tries to use explosives to stop it in its tracks.

Trench Warfare Mode for World of Tanks on consoles, which deploys on September 14, will introduce a limited time mode, featuring Mark I and the console-exclusive map Thiepval Ridge with its 1.2 km2 heavily-wooded playspace.

Last but certainly not least, World of Tanks Blitz is hosting the 100 Years of Tanks event. For one week, starting September 19, you’ll take control of a modified Mark I in a furious 7-vs-7 battle. If you rack up 10 battles in the Mark I during this week, a special medal is yours.

In keeping with Wargaming’s commitment to connect different generations through history, technology and innovation, the company is excited to present the Virtually Inside the First Tanks 360° Video. This VR video combines a walkthrough of Bovington Tank Museum’s collection of early tanks in the style of previous Virtually Inside the Tanks videos, enhanced by World of Tanks in-game 360° scenes of the Mark I. This is the first time Wargaming will harness World of Tanks in-game 360° video playback as well, putting any viewer in observer mode, whether they have the game installed or not.

In honour of the anniversary, the free “Tank 100” mobile app, created in association with the Tank Museum, is available for iOS and Android. This app lets users experience an AR WWI tank in their hands.

The 100 Years of Tanks press event, organized in partnership with The Tank Museum, Bovington, will take place September 15, in London. During the event, a Mark IV replica (created for Steven Spielberg’s movie “War Horse”) will be showcased in Trafalgar Square, just as the Mark I was, 100 years ago.

For more information about 100 Years of Tanks please visit: