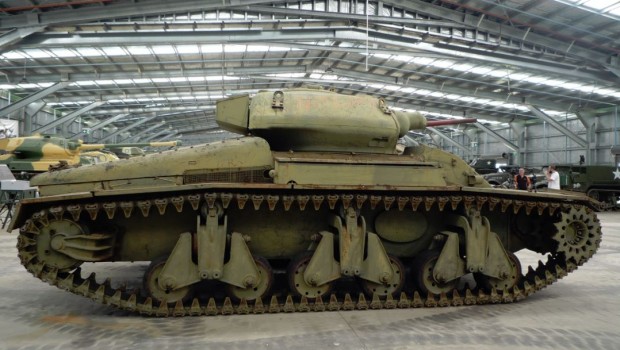 March 7, 2016 — Wargaming is proud to announce that it has transported the Australian Cruiser tank Mark 1 (AC1) from Texas, USA, to the Australian Armor & Artillery Museum in Cairns. Acquired from the private collection of the late Jacques Littlefield, a well-known tank enthusiast and founder of the Military Vehicle Technology Foundation, the Sentinel is now waiting to undergo minor renovations and will soon make its public debut back in its homeland.

The Australian Cruiser tank Mark 1 (AC1), also known as the “Sentinel”, was the only tank to be designed and mass-produced in Australia during World War II. Just seven Australian Cruiser tanks remain in the world, making it a rarity amongst historic military vehicles. World of Tanks (PC) and World of Tanks Blitz players will be able to get their hands on this vehicle in the near future.

“Wargaming is passionate about history,” said Tracy Spaight, Director of Special Projects at Wargaming. “We work with museums and nonprofits around the world to make sure that the vehicles of World War II are preserved for future generations. We are thus excited to bring the Sentinel tank back to Australia, where she was built, so that Australians can rediscover this piece of their country’s WWII heritage.”

Wargaming is committed to bringing history to life, having been involved in such projects as the Dornier Do 17 salvation and the Alaskan-Siberian Air Route commemorative re-creation. In 2015, Wargaming released its tank battle re-enactment video in 360-degree format, putting the viewer right in the middle of a 1941 tank battle with tanks, infantry, artillery and even warplanes.