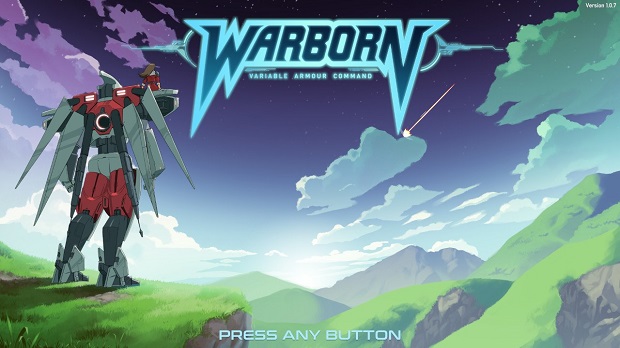 Summary: Warborn is a solid turn based RTS that could stand to take a risk or two. Too safe, needs improvement.

Warborn, a turn based mecha strategy game. Seeks to join the ranks of titles like XCOM and Valkyria Chronicles. While the game will never reach that sort of level. On its own, the game can stand on it’s own two legs just fine. A solid, if unremarkable, strategy game. Warborn sees you playing four separate campaigns, each with a commander, leading their faction to restore “peace” in the Auros system. 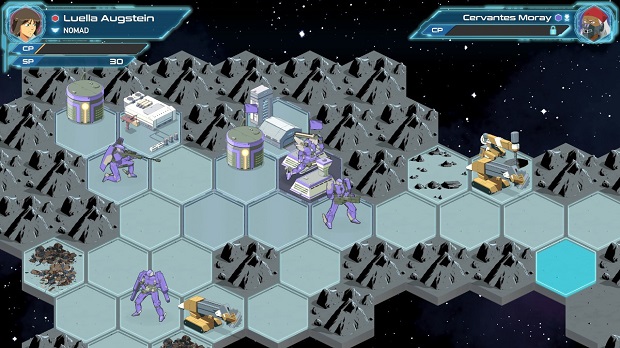 Warborn has some quality moment to moment enjoyment. But lacks the substance for longevity.

Warborn definitely takes inspiration from a number of different 90s Japanese mecha animes. You can see it plain as day. From the art style, to the giant robot action. It’s definitely not bad. I found myself sinking hours into it at first. As mentioned, the game features four separate campaigns. All mostly the same, with slight story variations.

The biggest difference between each factions are the units. Each faction in Warborn has it’s own commander type, with unique offensive and defensive combat skills. Aside from that, they also gain special passive skills as they “level up”. I say that, but I really mean, clearing certain missions grants you another skill in the chain. It’s not unlike Supreme Commander in this fashion. The commander type is usually overpowered against the lesser class mechs. But against other commander types you can find yourself outgunned if you don’t strategise properly.

The lesser classes too are interesting. Whilst not unique every class has been done before. You have a light, speedy grunt, a slower heavy, an artillery, a sniper, a healer/buff support unit and a hacker/debuff support type unit. There are other types in other factions and playing through the campaign reveals these units to your every few missions.

Warborn nails the basics of combat. Most units have two attack abilities and one support ability. There are three different armor types, kinetic, energy and explosive. All units have varying defenses in each, leading each unit to have a hunter/prey matchup with the opposing faction. This works well in combat and forces you to strategise accordingly. But a lot of the time, your commander type unit wipes the floor with them.

The campaign itself is a bit of a slog too. With 40+ missions across the four campaigns, a map editor and both offline against AI and online multiplayer. There’s definitely a lot of content in the game. However with most missions having effectively the same objective, varying map sizes, leading some to be overly large and a trudge to move about in. It can come off pretty grindy.

In order to unlock the other factions, you essentially need to complete the previous one. This too causes some frustration, as it takes the fun away out of being able to jump in and play each faction as you want outside of AI vs mode. It definitely has a lot of solid points. It’s simple, smooth and easy to play. Meaning anyone can pick it up. And fans of the genre will get a fair amount of moment to moment enjoyment out of it. But the lack of variety and slow progression means it won’t lock you in for very long. 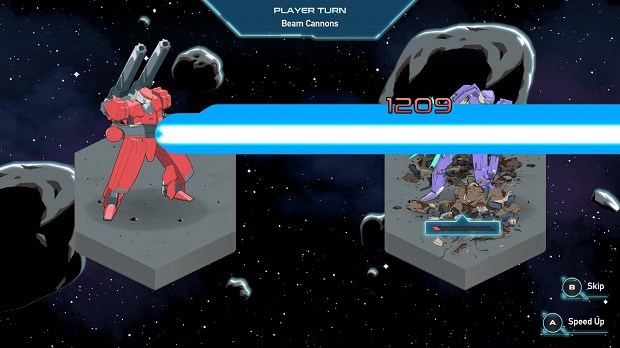 Warborn has a really sweet art style. Fans of 90s Japanese animation or of the mecha anime genre will really get a kick out of the graphics. Smooth animation makes for seamless play. A great array of effects, enough explosions for a Michael Bay film and some really great mecha design, come together to make a solid graphical experience.

I especially like the sniper and artillery units. They’re instantly recognisable the moment they’re on field. The sniper is slimmer, elegant, lightly armored, carrying around a sleek precision kinetic rifle. Whereas the artillery type is a big beefy boy, heavily armed and armored. Slow, but with two massive cannons and massive range, who needs speed?

The sniper is deadly accurate and powerful, but can only attack in a straight line. This makes for a great strategy play where you force your opponents to practically line up in front of you. But it’s light armor means that if anyone can get into his range, or surround and overwhelm him. He’ll fall quickly. The same is true for the artillery. While he has a super wide field of attack and can hit in all directions, he can also be easily overwhelmed. Even though he’s got a much thicker armor, any unit can be grinded down.

I quite adore the special effects in the game too. Simple but effective and almost retro in some aspects. Because of the 2.5D map design, cities, towns, forests and mountains are confined to single spaces. Mech wrecks are a pile of metal heaped on the ground in small craters. I liken it a bit to old school Command and Conquer or Red Alert. Attack and support effects are neat too. For example, the buff/support unit in the Nomad faction, when he uses a support skill he fires a laser beam directly at the target ally to trigger the effect.

I don’t personally have any gripes with the graphics, but I can definitely that the very same thing that makes it great will also be its downfall. Not everyone is going to like the style of art or animation. As a result, it locks itself into its genre of choice, probably willingly. But this will also limit the number of people that will actively seek it out.

I’m a bit on the fence with Warborn’s audio. The sound effects used are cool, if a little bit cliche. Though I can’t say hearing them several times over and over doesn’t get at least a little bit repetitive and annoying. The sound track is much the same. I don’t necessarily have anything bad to say about it. It absolutely fits the 90s anime trope.

However it doesn’t add much of anything. It never really takes center stage. Instead it almost completely falls to the very back of your mind. It doesn’t increase the pace, it doesn’t add tension, it doesn’t add theatre. It’s just kinda…there. Never really being enough heighten the impact of the relatively mediocre storytelling.

As a result, its lack of depth means it falls completely under the radar. Is it bad? No. Is it good? No. Do you even remember much of it? No. At least a bad soundtrack can be addressed with patches, dlc, or as a lesson to learn in the next. Negative feedback is still good feedback in a way. When something is as almost non-existent that someone can’t even really give any feedback. What’s actually worse? 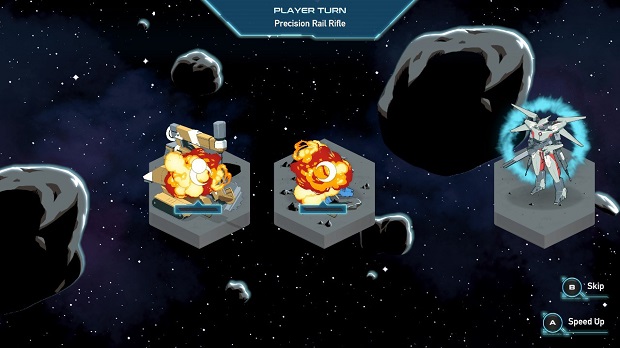 Warborn is a safe game. The developers clearly wanted to play it safe and that choice is glaringly apparent. Is Warborn bad? Heck no, it’s a solid game for its graphics and gameplay. It’s lacking sure. But what it does, it does well. Is it enough? No. Some variations in mission objectives, some tweaks to the campaign that allows more faction fluidity, some work in the sound department. And the game would be that much more complete for it.

It’s a game I can sink a few hours into here and there. But after that, I feel like it’s just going to sit on my self, incomplete. It’s one of those games that takes you months to finish, because the moment to moment entertainment is good. But the depth, the heart, the soul. Just isn’t quite there. I definitely recommend the game for fans of the mecha or turn based RTS genres, but I’d personally wait for a sale. 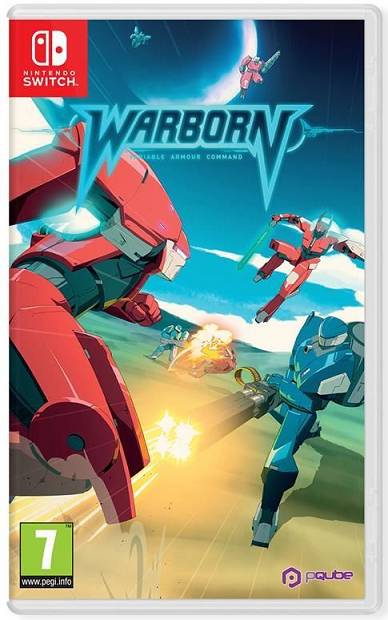