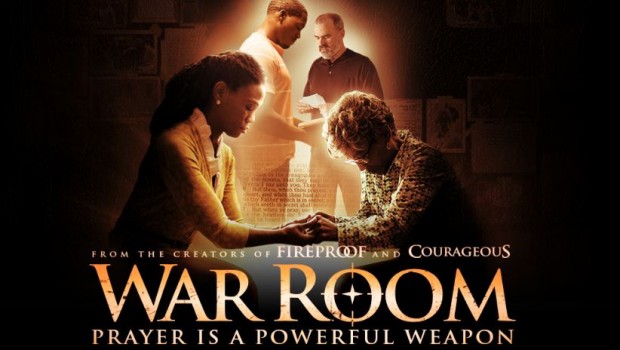 From the award-winning creators of Fireproof and Courageous comes the highly anticipated War Room. This compelling drama tells the story of a transformational role of prayer and its power to change the lives of a seemingly perfect family, struggling with problems that threaten to tear them apart. Filled with heart, humour and wit.

Tony (T.C. STALLINGS, Courageous, Rumours of Wars) and Elizabeth Jordan (PRISCILLA C. SHIRER, Be Still, Praise The Lord) are a middle class couple that seemingly have it all—great jobs, a beautiful daughter, and their dream house. In reality, Tony and Elizabeth Jordan’s world is actually crumbling under the strain of a failing marriage which takes an emotional toll on their daughter. While Tony basks in his professional success and flirts with the temptation of other women, Elizabeth’s bitterness only increases.timag

However their lives take an unexpected turn when Elizabeth’s newest client, and older, wiser woman called Miss Clara (KAREN ABERCROMBIE, The Vampire Diaries, Trinity Goodheart), shows Elizabeth that she can start fighting for her family instead of against them. Miss Clara challenges Elizabeth to establish a prayer ‘war room’ and a battle plan of prayer for her family. As Elizabeth begins to fight for her family, will Tony join the battle and become the man he knows he needs to be?

Watch the empowerment of prayer uplift this troubled family as they strive for a happy ending they deserve in War Room.