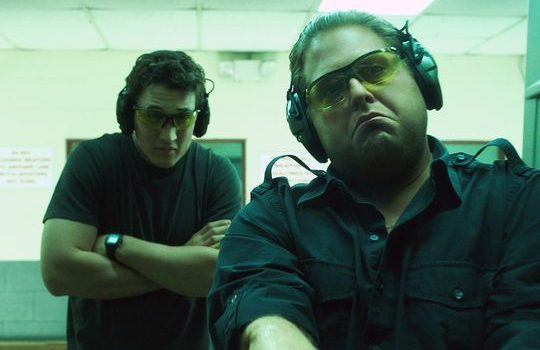 The most damning things about the comedy-drama War Dogs is how disinterested it is in telling its own story compared to imitating superior movies. The film is apparently based on a true story of two twenty-year-olds who become arms dealers for the US government. The narrative could have explored two trajectories: a psychological story of what sways young men to undertake such a reprehensible career path, or the film could have been an irreverent satire of America’s alarming gun culture. The latter seemed the most likely when seeing the self-deprecating trailers that have its stars, Jonah Hill and Miles Teller, cracking jokes. The comic expectations for the film were also high because Todd Phillips, who wrote and directed this film, also made The Hangover, which was a box office smash that earned nearly half a billion dollars. But instead of being a brutal black comedy, Todd Phillips has taken the safest and dullest route, perhaps because of the political disunity in the US, where it’s too sensitive to give the gun nuts the uppercut they deserve. As such, War Dogs settles for being a vanilla comedy-drama without laughs or highly intense moments; it merely retreads how an outsider who becomes seduced by money and status until he realises it’s all meaningless. 99 Homes, The Social Network, Scarface and Goodfellas are a few of the movies that have used this story in more interesting ways than War Dogs. Recycling the beats of this narrative type, from the partying and debauchery to the disharmony among friends, doesn’t make this about the essential American story anymore but more like a reoccurring dream where someone is falling. 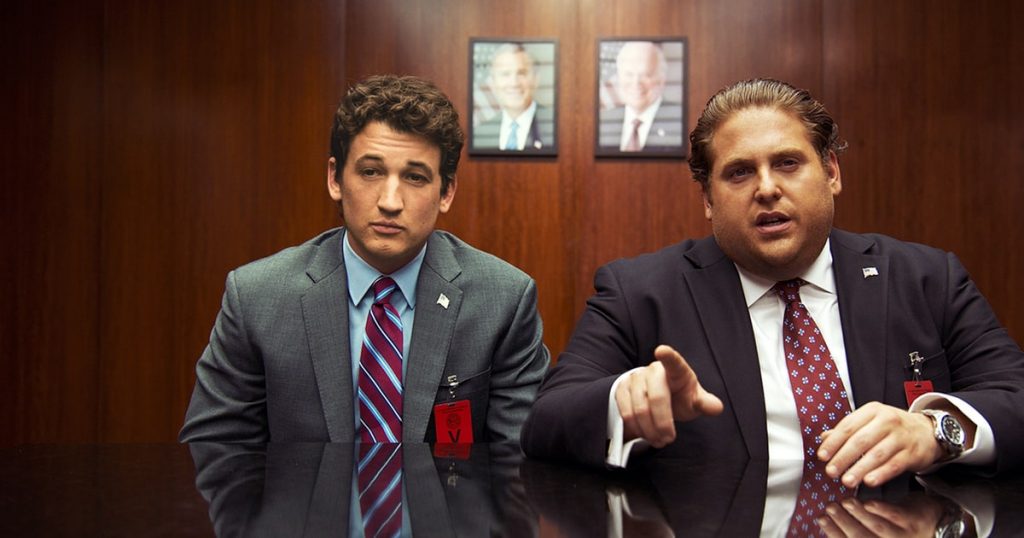 Todd Phillips’ screenplay fails to commit to any original scenes of its own that might have generated some sympathy or understanding of its lead characters. David (Teller) comes across a whiny, entitled brat, whose first world problems include working as a masseuse and thinking he’s entitled to a better life. He comes to idolise his childhood friend Efraim (Jonah Hill), who is already working in the arms business by taking contract work for the US government. It’s disappointing that he’s already inside the arms circle because it omits substantial exposition about how to become involved in the industry. More disturbing is the way the film has no opinion on the arms business or guns in general. The only political discourse is that both of the film’s characters announce they hate George W. Bush, and that they don’t care about the Iraq War itself, only money. These characters are never in conflict with themselves or each other over the morality of their profession: that they’re selling weapons that will kill people, largely so David and his pregnant girlfriend (Ana de Armas, overly sidelined), who he regularly lies to, can have a cushier home together. Jonah Hill gives Efraim one interesting trait, which is that he pretends to be what other people want him to be. But the part is underwritten; without an inner life, Efraim fails to transcend or add complexity to the caricature of a sweaty, untrustworthy and greedy entrepreneur. The lack of a moral compass between the characters or even some political debate in the dialogue means there’s no conflict until the last quarter. At that point, it’s hard to care about either man and the film climaxes without earth-shattering consequences for its leads. 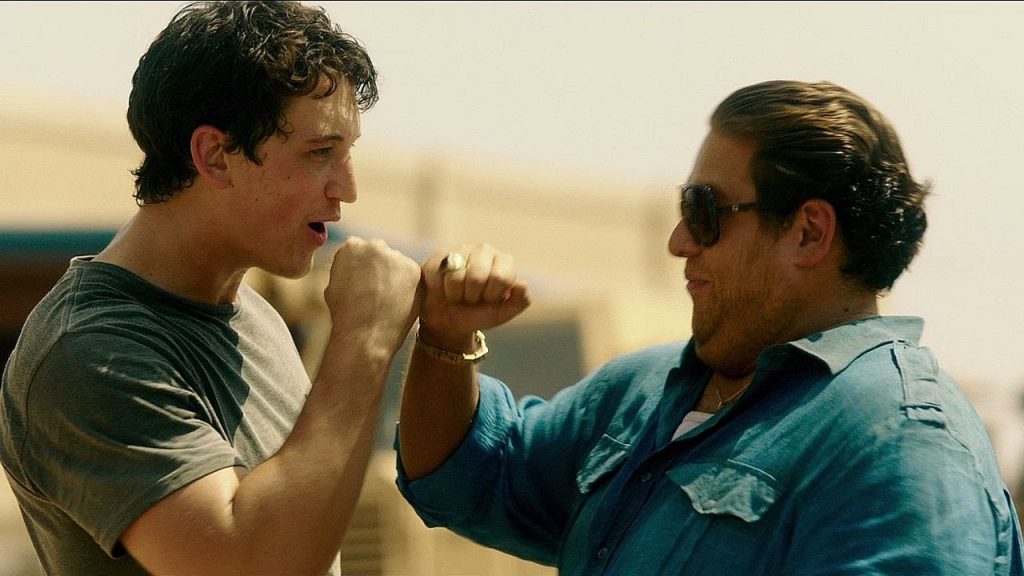 The film’s trailers sell the film as an outrageous and self-depreciating comedy. If Todd Phillips wasn’t so caught up in the film’s self-importance of being the next Social Network, it might have been funny. Even just a little bit. Some people at the screening laughed during a scene where Efraim whips out a machine gun after being ripped off by an African American drug dealer. Scenes like this seem poorly timed considering the gun violence in the US, but in other moments, Phillips completely turns a blind eye to the satirical goldmine sitting in his lap. In one disappointing sequence, David and Efraim go to a Las Vegas gun show, which could have been hilarious and disturbing if you have ever seen what these gun conventions on the news look like when Americans decide to take the entire family out to buy some arms together. Sadly, the unthinkable has happened. After The Hangover, Todd Phillips doesn’t want to insult or offend anyone. This reformed Phillips is boring. His idea of directing scenes is to squash them down into montages or hover over them so they can be overexplained by a Scorsese-plagiarised voice over. He also needlessly dresses scenes up with freeze-frames and gratingly obvious song choices (this is the second film this year to use Limp Bizkit’s cover of Behind Blue Eyes). The lack of spontaneity and invention in the narrative proves that dramatic nuance is foreign territory for its director, who clearly feels more comfortable pinching from other films than making these terrible characters, who are only driven by money, interesting. By not having the film’s characters and its narrative offer any opinions on firearms, this becomes a waste of one of the most discussed and divisive issues in contemporary America.

Summary: Sadly, the unthinkable has happened. After The Hangover, Todd Phillips doesn’t want to insult or offend anyone.