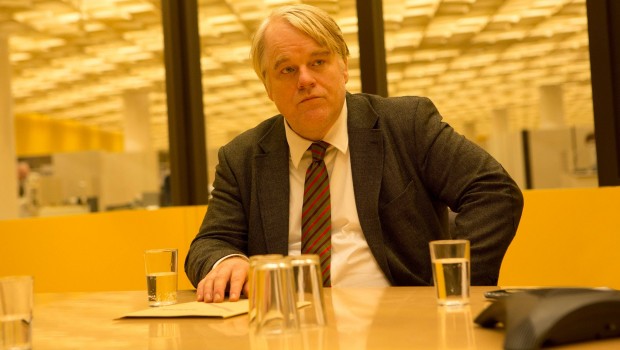 A Most Wanted Man Blu-ray Review

Summary: A Most Wanted Man on Blu-ray is pure drama at its best!

A Most Wanted Man, starring the late Phillip Seymour Hoffman, is one of those rare thrillers that combine action and character study that so few movies of the genre seem capable.  It is a master class in a kind of subtle storytelling rare today, allowing the principal actors the space to develop their characters and relationships, against the corrosive background of the War on Terror.

Set in the German port city of Hamburg, it features Hoffman as Gunther Bachman, head of a counter terrorist unit looking into the financial dealings of local philanthropist, Dr Abdulah (Homayoun Ershadi).  Abdullah is suspected of funnelling the charitable funds he raises to terrorist organisations.  As can be imagined, the US takes an interest in the case, in the shape of Martha Sullivan (Robin Wright).  Running parallel with this is Chechen asylum seeker Issa Karpov (Grigoriy Dobrygin) who seeks out the services of Annabel Richter (Rachel MacAdam) a human rights and immigration lawyer.  Karpov is heir to a large sum of money from a his father, a Russian who raped his mother.  Karpov now wishes to hand the funds over to Abdullah in aid of his charity work.  To this end, Tommy Brue (Willem Dafoe) a German banker, enters the picture to help facilitate the transfer.  As can be imagined, as these storylines develop and begin to draw together, the tensions and betrayals begin to mount.

Based on the book of the same name, by noted spy author John Le Carre, A Most Wanted Man ponders the nature of the war on terror, and the effect it has on all the participants.  Like all his works, Le Carre builds his characters around his main theme, which questions how many freedoms we are willing to give up in the name of security.  And it also asks us to think about how the organisations we entrust out safety with act, and how their actions which are designed to preserve and safeguard our democracies may in fact be hollowing out our freedoms. 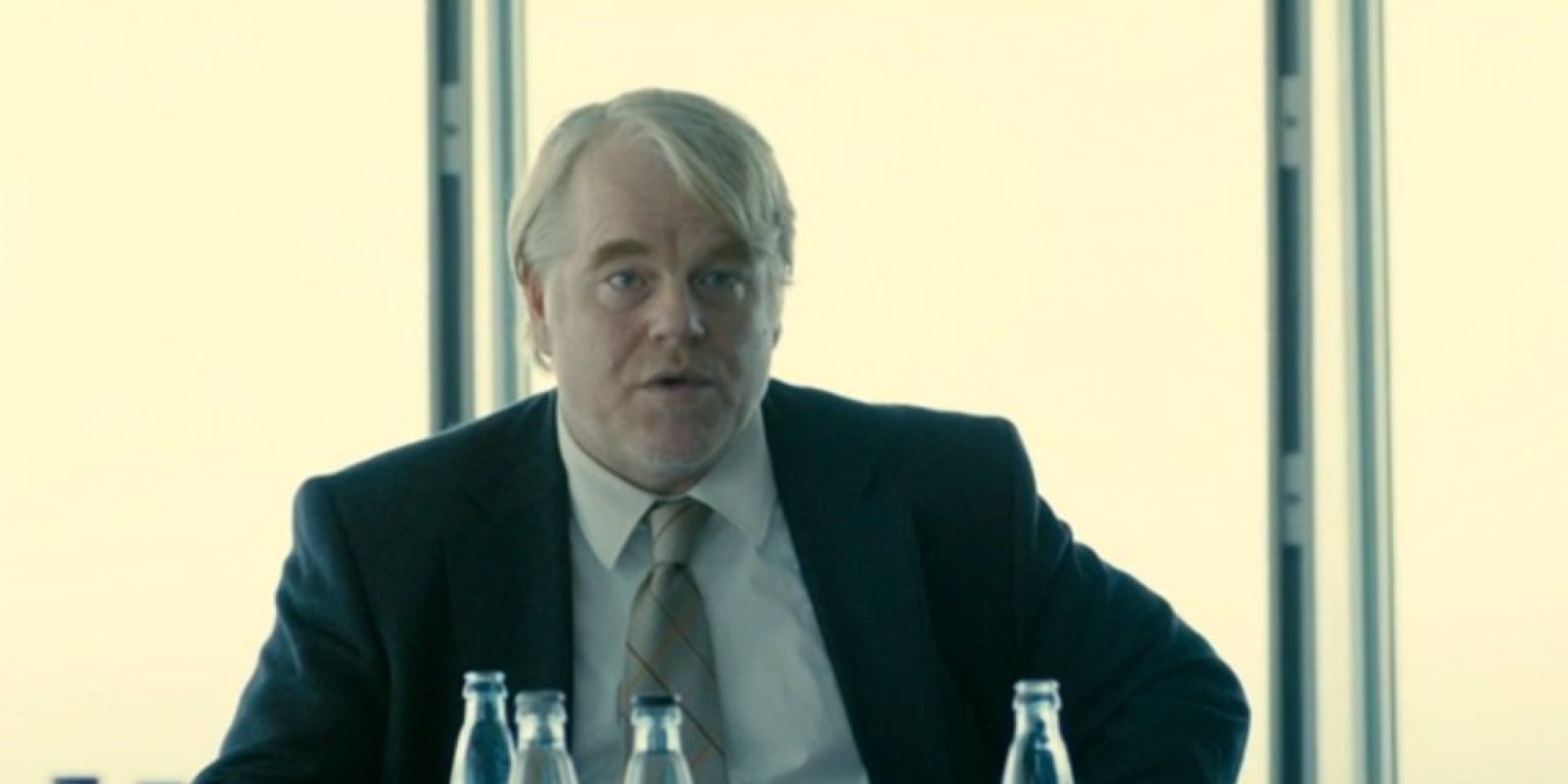 Director Anton Corbijn crafts a subtle, thoughtful movie.  As he says in the behind the scenes feature, the movie almost mourns the damage wrought on Western values of liberty and freedom, in the name of fighting terrorism.  Aside from the actors, who all bring excellent performances to the screen, Hamburg is depicted as another character, a cosmopolitan hub often at cross purposes with its higher ideal of being a meeting place for a free exchange trade, commerce and ideas.  In a city where trade is free, it is often the newcomers, the asylum seekers and recent immigrants, who find their lives constrained, watched and often circumvented by the suspicion of the authorities.

Hoffman, as Gunter Bachman, with his hangdog expression, sloppy dress sense, and smoking habit, ably demonstrates the psychic damage his work has wrought on him.  There appears to be nothing but the work for his character.  His home is a cluttered apartment and he appears only to seek solace in his music.  And yet, he endures, pushing forward again and again, an old hand who has seen too many betrayals, too much violence.  Compared with Annabel Richter, a young idealist who rejects Bachman’s worldview and methods, one wonders if Bachman began his professional life in the same place she did.  Seeing Hoffman here in one of his last performances reminds you that the acting profession has lost a skilled craftsman and is the poorer for his passing.

A Most Wanted Man is a cerebral thriller that rewards careful, and multiple viewings.  Like all the best spy movies, where action is balanced against strong characterisation, it asks the viewers to challenge the assumptions that have grown up in the world since 2001.  Like the book on which it is based, A Most Wanted Man should leave the audience pondering whether the sacrifices made to ensure our safety haven’t instead somehow compromised them. 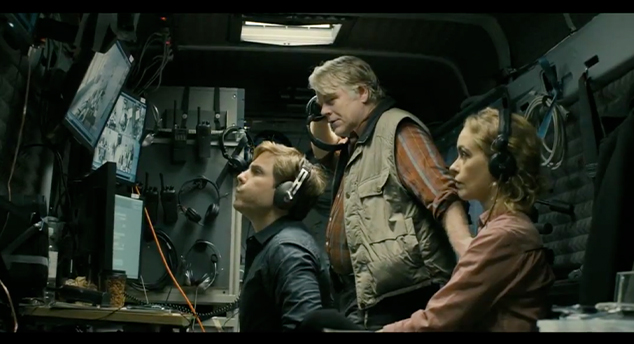 Visual:  5/5 – the somewhat chilly autumnal tones of Hamburg are played to great effect on this blu-ray.

The Making of – A Most Wanted Man.

Participants in the movie, namely Hoffman, Hoss, MacAdams, Dafoe and director Anton Corbijn are interviewed about their work in this tidy behind the scenes look at the film.  While all the participants give interesting insights into the movie, and their characters, it becomes readily apparent that Dafoe has thought longest about the themes of the movie, and how the characters intersect.

Loneliness, as Dafoe says, is the main theme behind story.  The characters in the movie have found themselves isolated them from others around them because of the choices they have made.  The other theme of the movie is of manipulation, of the betrayals inherent in the lives they lead, not only of others, but of themselves as well.

Corbijn also makes a pungent point when he says he sees the movie as a discussion about the autumn of human civilisation, that humanity is on the way out, and the choice he made to film the movie during the German autumn reflected his melancholy view of where humanity is at this moment in time. 4/5

The one thing you need to know about Le Carre’s career as a spy with MI6 in the 1950s and 1960s was that it was destroyed when traitor Kim Philby blew his cover to his Soviet spymasters.  The human toll of the spying world is a constant feature of Le Carre’s writing.  Those who have seen the recent film adapation of Tinker, Tailor, Soldier, Spy would have seen Smylie’s fleeting triumph in finding the mole, amidst the wasteland of lives lost and ruined.  Hoffman’s character isn’t even afforded that comfort at the end of this movie.

We see something similar in A Most Wanted Man, a scarifying examination of the war on terror.  While the Bond franchise is all about the macho glamour of the Cold War and what came after, Le Carre’s books often depict the corrosive human toll this secretive world demands of its participants. 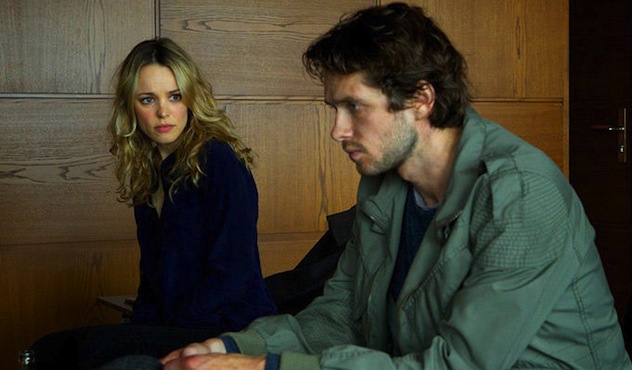 Le Carre, now 83, very rarely gives interviews these days, content, as he says, to concentrate on his craft and not be distracted by the frippery of the celebrity world.  So it is fascinating to listen to him talk about his book, and the characters and themes he juggled in writing it.  He talks about the wanting his readers to confront the doubts and insecurities we all have living under the War on Terror, where the old certainties about freedom and democracy run up hard against the cold fact of security in an insecure age.

Given Le Carre served in Bonn during his time in MI6, it is no surprise he would return once again to Germany to set his story.  The interview he gives in this DVD extra looks at the aspects of Germany, the War on Terror, and asylum seekers he drew on to help write his book.  For Le Carre, Hamburg is as much a character as any of his flesh and blood participants in the novel.  A major port in Germany’s north, it is a cosmopolitan city that sees a great traffic of commerce and people and the movie, inspired by the book, brings it to life.

Le Carre isn’t shy about his anger at the War on Terror, the debacle in Iraq and the exaggerated fears he sees being fostered by Western governments, fears he believes are leading to the undermining of the liberal values these governments are meant to protect.

More than anything else, the interview with Le Carre leaves the viewer wanting to purchase his book and take the opportunity offered by the medium to look deeper into the characters and themes he has written about.  5/5