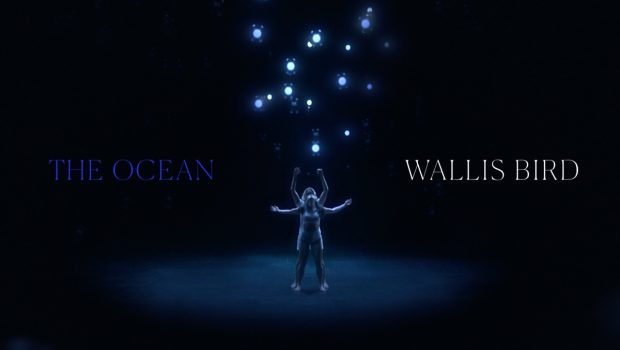 Irish-born, Berlin-based artist Wallis Bird will make her third trip Down Under in March 2019 on the back of the release of her new single and video clip ‘The Ocean‘.

Wallis is currently focused on making her next record, which will be heavily soul-influenced and is set to be released in 2019. In the meantime, she has unveiled a first taste with her track ‘The Ocean’ – a love letter to the LGBTQ+ community and a very personal ballad that musically fits perfectly into Christmas time.

‘The Ocean’ is a romantic lesbian love story that pays tribute to love over fear through contemporary dance. Directed by Sydney-based Dublin born filmmaker, Sinéad McDevitt, it stars choreographer and So You Think You Can Dance finalist Yukino McHugh, alongside Sydney Dance Company trained artist Olivia Kingston, as they celebrate the story of one woman’s universe expanding the more she connects with her lover. As the camera ebbs, flows and orbits with their deepening connection, a vast universe of stars light up the darkness around them. The release also coincides with the first anniversary of the legalisation of marriage equality in Australia.

“We made ‘The Ocean’ as a gift to our younger selves who struggled with our sexuality,” Wallis says. “Growing up in Ireland, we never saw lesbian love stories depicted on MTV and therefore never had access to powerful narratives that celebrated or represented the love stories that we could really relate to. We would love for this film to reach our LGBTQ+ family in the 72 countries where being gay is still illegal so we can try to shine a light on the darkness by giving a voice to the LGBTQ+ voiceless. In doing so, we’re showing that, while we’re divided by social, religious or cultural barriers, we’re all bound by our aspirations towards true love.”

Refreshingly honest, bold, hilarious and raw, Wallis Bird’s expressive vocals and driving guitar rhythms have been taking worldwide audiences by storm. Her startlingly passionate performances leave Bird breathless and her acoustic guitar strings shredded. Winner of two Irish Music Awards (Meteor award), and twice nominated twice for “Best Irish Album of the Year,” Bird became the first non-German citizen to win the German Music Prize (Deutsche Musikautorenpreis) for Rock/Pop “Composer of the Year 2017”. Wallis’ irrepressible energy on stage is one of her trademarks. In 2016, she played a 12-hour free gig in aid of refugee charities in Berlin, even finding enough strength to play an encore.

During her first appearances in Australia, Bird knocked heads back at festivals in Woodford, Mullum, Cygnet and Illawarra, and blew the doors off venues down our east coast. Audiences danced, laughed, sighed, screamed, sang along and cried. She returns in March 2019 to perform at Port Fairy Folk Festival, The Garden of Unearthly Delights and Blue Mountains Music Festival, plus some very special shows in Brisbane, Sydney and Melbourne before her first tour into New Zealand.

Though you might not catch another 12-hour show anytime soon, you can be sure that few can enchant an audience the way Wallis Bird can…

For more information head to http://www.wallisbird.com

“The intensity of Wallis Bird’s sound will pin you to the wall.” – Sydney Morning Herald / The Age. “Frank and endearingly tender, a tsunami of emotion… Magnificent.” – MOJO, UK.
“It’s her humour and bold honesty that makes Bird so special.” – The Guardian, UK.
“From stripped-back folk confessionals to edgy contemporary pop raves… Bird spectacularly demonstrates her dynamic range as a singer, composer and arranger.“  – Tony Hillier, The Weekend Australian.
“Playful, raw and bold amalgamation of sound that ebbs and flows, leaving you dancing and then standing in stillness and awe.” – Rhythms Magazine.
“The sheer visceral energy of Wallis Bird could kick-start an entire economy.” – Irish Times.