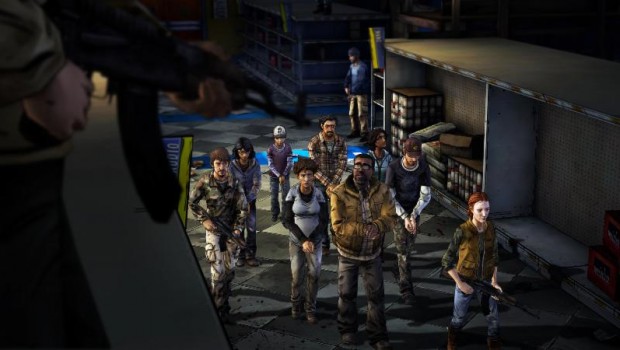 The episode is available now on Xbox Games Store for Xbox 360® video game and entertainment system from Microsoft, on the PlayStation®Network for PlayStation 3, on PC and Mac from the Telltale Online Store, Steam, and other digital distribution services. The episode will also be available on the App Store for compatible iOS devices Thursday, May 16th.

The third episode, ‘In Harm’s Way,’ has received high critical praise in the press with Machinima awarding it a 10 out of 10 score, exclaiming , “Holy crap. I should probably end the review there, because that’s all I kept saying…”  Also,  IGN.com scored the episode an Editor’s Choice 9 out of 10, saying, “In Harm’s Way’ is another excellent episode of Telltale Games’ The Walking Dead with superb character moments.”

To date, The Walking Dead: A Telltale Games Series has sold more than 28 million episodes worldwide, earning more than 90 Game of the Year awards from outlets including Metacritic, USA Today, Wired, Spike TV VGAs, Yahoo!, The Telegraph, Mashable, Polygon, Destructoid and GamesRadar, and was also the recipient of two BAFTA Video Games Awards for Best Story and Best Mobile Game.