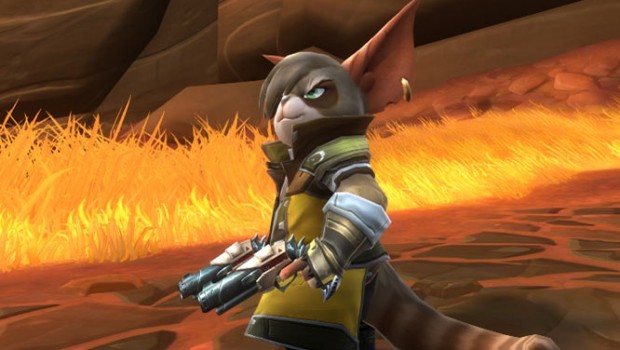 The Wait is Over! WildStar’s Launch Brings Players the MMO They’ve Always Wanted

Sydney, Australia – June 2, 2014 – Carbine Studios is set to celebrate the start of a new era in action adventure MMO gaming today when thousands of fans jump into WildStar for the first time, all primed to kick some serious @$$ and take names. WildStar is not your typical MMO, as it brings a fresh look and feel to a stagnant category as it is rich in personality, fast-paced action orientated combat, epic raids, competitive PvP and tailored content to satisfy every type of gamer – all wrapped up in a tiny little bow. And as a reminder of just how much player will experience in WildStar, a feature refresh doesn’t hurt –http://bit.ly/1k6y7SY.

So, along with opening up the doors to experience the most feature-complete MMO ever launched, the Carbine team has compiled a star-studded line up of notable streamers to help christen the game, including Hot Pepper Gaming, Monika Lee, Bajeera, Sevadus and Mindcrack to name a few. The developers could have smashed a bottle of champagne over a server or something to celebrate the launch, but that seems like such a waste of good champagne.

Streaming live Saturday, May 31 through Monday, June 2 on its Twitch channel (www.twitch.tv/wildstar), the streams will include sweet giveaways, gear from Nvidia and Logitech. So, when taking a break from exploring the new world riddled with mystery, players can watch the stream to see developers beat themselves up in PvP battles and attempt to embarrassedly progress through  insanely hard dungeons, all for the price of entertainment. A full schedule is available on the WildStar forums.

To experience what everyone has been talking about three days before the official launch, players can still pre-order the game and join WildStar’s head start program. Not only will players gain immediate access to planet Nexus, but this is the last chance to receive a variety of exclusive in-game items and perks.

To learn more about WildStar and check out some of the most hilarious video game videos, visit www.wildstar-online.com.