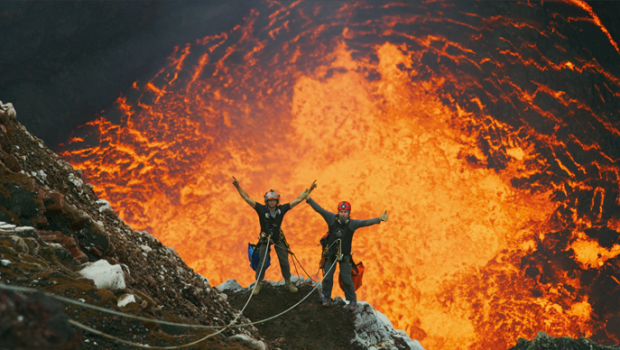 Join intrepid explorer Carsten Peter as he dodges boulders at the edge of an active volcano in Indonesia, descend to a boiling lava lake in Vanuatu and visit incredible acid ponds, geysers
and mineral deposit fields in Ethiopia.

Journey across the globe to see the archaeological ghost town of Pompeii, hydrothermal vents at the bottom of the ocean and witness the devastating effects of the 2018 Kilauea
eruption in Hawaii.

VOLCANOES 3D director and producer, Michael Dalton-Smith, shares “We often think of volcanoes as being destructive, but they also build and play a beneficial role on the planet.

There are dozens of volcanoes erupting each day from the bottom of the ocean to mountain peaks. To witness one in action is both beautiful and awe-inspiring.”

He adds, “Most importantly, I hope that the audience will come away with a better understanding of the forces that shaped the world we know today.”

Tickets will go on sale on March 18 and will be available at imaxmelbourne.com.au or onsite at the candy bar.