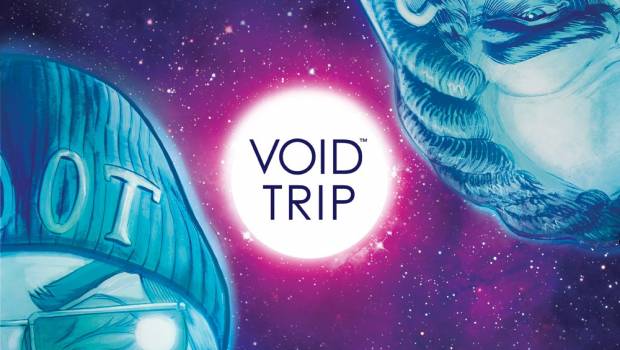 VOID TRIP TAKES YOU ON A ROAD TRIP TO THE FINAL FRONTIER!

Ryan O’Sullivan (Turncoat, The Evil Within, Warhammer 40,000) and Plaid Klaus’ (Turncoat) sci-fi road trip miniseries VOID TRIP will be collected in a conveniently bingeable trade paperback this May from Image Comics.

They’re low on fuel, they’re low on food, and they’re low on psychedelic space froot, but they’re still determined to make it to the promised land: hippy-paradise super-planet Euphoria. VOID TRIP is the story of their journey, the friends and enemies they made along the way, and how the universe responded to those who dared to live freely within it.

“VOID TRIP aims to answer the question: ‘how can we be free in a universe that will always course-correct to limit us?’” said O’Sullivan. “This isn’t your typical adventure comic, with violence as the solution to every conflict. It’s a road trip story. Its main concern is exploring the human condition. It’s Jack Kerouac and Hunter S. Thompson meets Herman Melville and Cormac McCarthy. Expect laughter, tears, and existential dread in equal measure.”

“This is going to go down as one of the signature miniseries of 2018.” —The Oregonian

“O’Sullivan is one of the hottest writers of the year. The highest recommendation.” —Multiversity Comics

“It’s bleak and poetic and humorous and everything I want in a good story. It’s perfect.” —Rogues Portal

“The universe Klaus gives us is absolutely beautiful… One of the most amazing trips I have taken. I started with giggles but ended up crying my eyes out, not only for the characters but over my place in the universe.” —ComicsVerse

“Beautiful, drugged, and hilarious sci-fi from an alternate universe where the only Captain America anyone cares about is the one in Easy Rider.” –Kieron Gillen (THE WICKED + THE DIVINE, Darth Vader)

“It’s good. It’s relatable. I am into it. It demands nothing and gives plenty.” —Women Write About Comics

“5 out of 5. Amazingly executed. Pick it up. You won’t be disappointed.” —Comic Bastards

“If you’re doing sci-fi, here’s what I want to see: crazy, weird, original. At least one. VOID TRIP? Hot damn. It’s all three, and it has one of the coolest leads—Ana—that I want to read for a hundred issues. Get this book and enjoy the ride.” —Michael Moreci (Black Star Renegades, Wasted Space, ROCHE LIMIT)

“VOID TRIP is an enjoyable and entertaining read that will leave you craving more. The characters are perfectly suited for one another, giving off a vibrant and bubbly energy that will have you in stitches.” —Impulse Gamer

“Less a vision quest than a vision-bull-in-a-china-shop through inner and outer space, VOID TRIP is here to prove Frederick Wertham right once and for all.” —Dan Watters (LIMBO, Lucifer, Wolfenstein)

“The road to Euphoria is told in a tone and style that’s become the hallmark of Ryan and Klaus’s work. Lovable characters—low on fuel, high on froot—set out on an acid-trip road trip that puts the fun back in the funny pages. Do not miss!” —Ram V (PARADISO, Black Mumba, Grafity’s Wall) 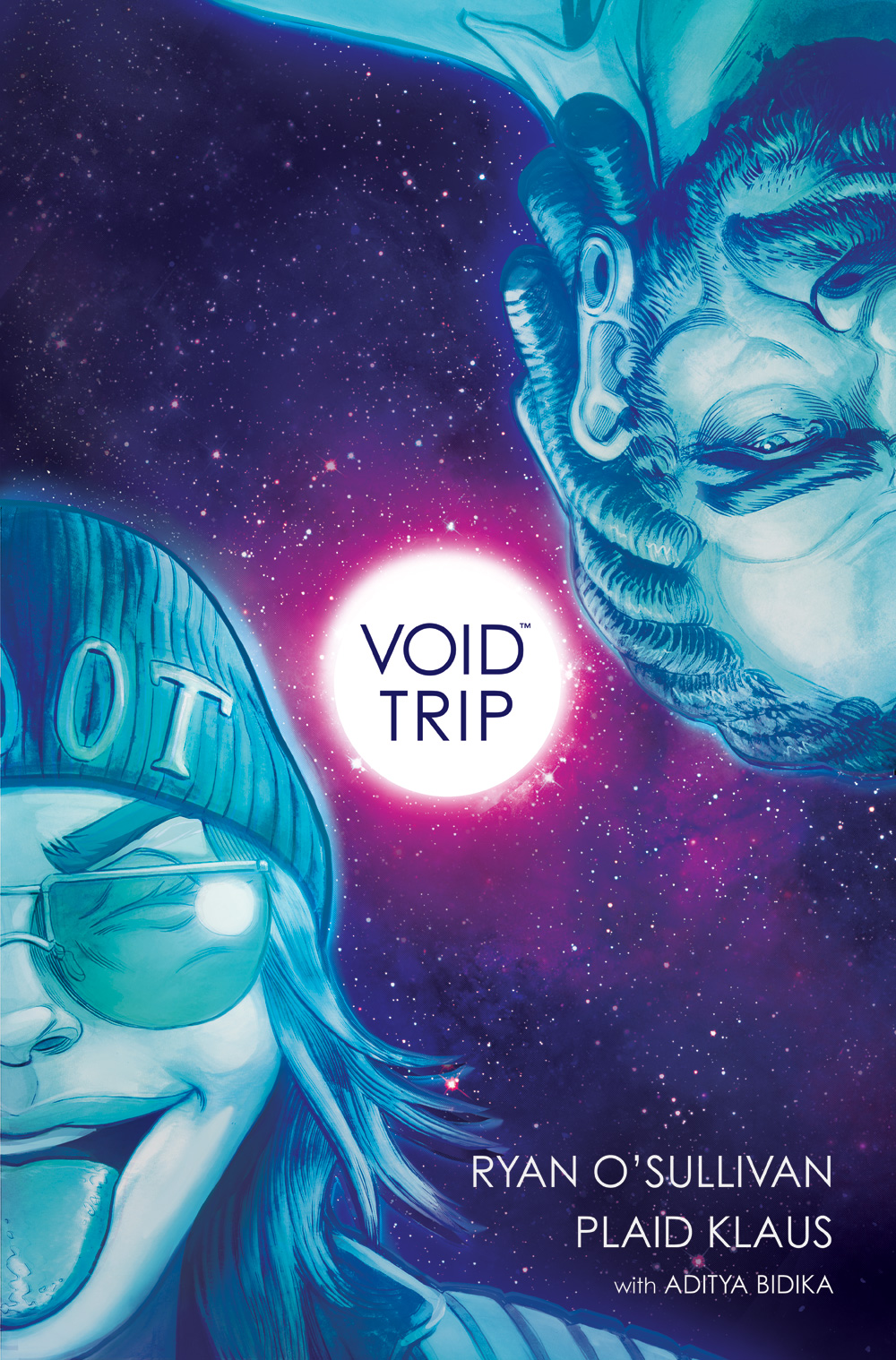