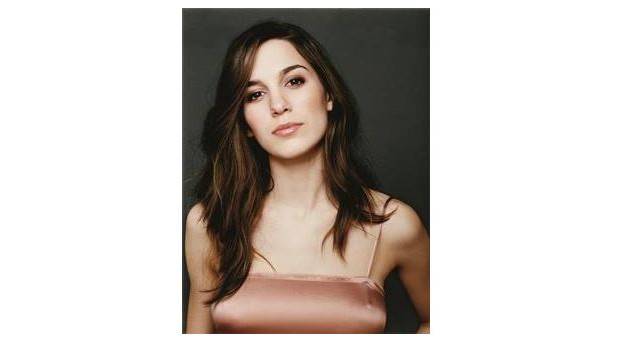 Tuesday July 17, 2018 – Beloved voice-over star Christy Carlson Romano, who is best known for lending her voice to the titular character in Disney Channel’s Kim Possible, is confirmed to attend Oz Comic-Con in Brisbane and Sydney.

Christy Carlson Romano is one of the Disney Channel’s original household names, having been the first to appear in three projects that aired on the network simultaneously: TV series Even Stevens, made-for-television movie Cadet Kelly and animated series Kim Possible, for which she received an Emmy nomination.

“Kim Possible” became an icon of girl power, inspiring an adventure ride at Disney’s Epcot as well as two full-length animated features. A live-action version of Kim Possible is currently in development at Disney Channel.

Other film and TV projects include the voice of “Yuffie Kisaragi” in the Final Fantasy VII: Advent Children franchise and voice roles in Family Guy, The Penguins of Madagascar and Big Hero 6: The Series; as well as live-action roles in Campus Confidential, Taking 5, The Cutting Edge franchise, Deadly Day Care, the indie comedy Bear with Us and Wes Craven’s The Girl in the Photographs.

In 2004, she began an incredibly successful 31-week run as “Belle” in Disney’s Beauty and the Beast on Broadway, released the CD “Greatest Disney TV & Film Hits” with Walt Disney Records and, shortly after, signed a record deal with Atlantic Records. She also went on to pen a young adult novel, Grace’s Turn, with Hyperion, which was awarded The New York Public Library’s Teenage Book of the Year.

Romano has directed several short films, one of which was selected for the LA Short Film Festival, as well as co-produced a new sci-fi dramatic feature Prism with Christian Madsen (Divergent). She also actively advocates on issues concerning child actors and actresses with her volunteer counseling work for SAG’s Looking Ahead program.

Romano will participate in panels each day at the Sydney and Brisbane events, as well as photograph and autograph sessions with fans, where she will join a growing line-up of guests including actors Dichen Lachman and Scott Ian; comic artists Wayne Nichols, Queenie Chan and Tristan Jones; and cosplay star Yaya Han, with more guests to be announced in the coming weeks.