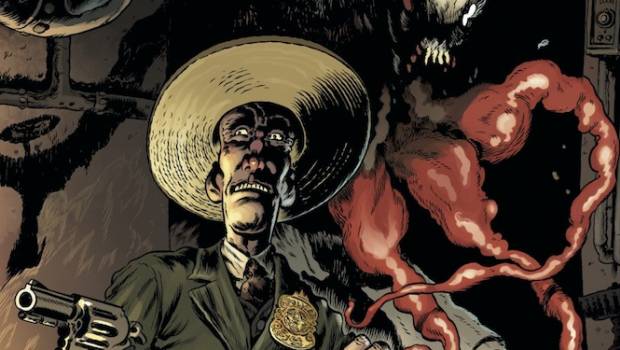 Summary: A helpless duo from opposite sides of the universe team up to save the city they call home, for now.

Presented by Dark Horse Comics as “Lovecraft meets Lethal Weapon” – Vinegar Teeth #1 is an epic genre mash-up of horror, humour, crime and science, that will see two un-likely partners team up to rid the streets of crime in Brick City. 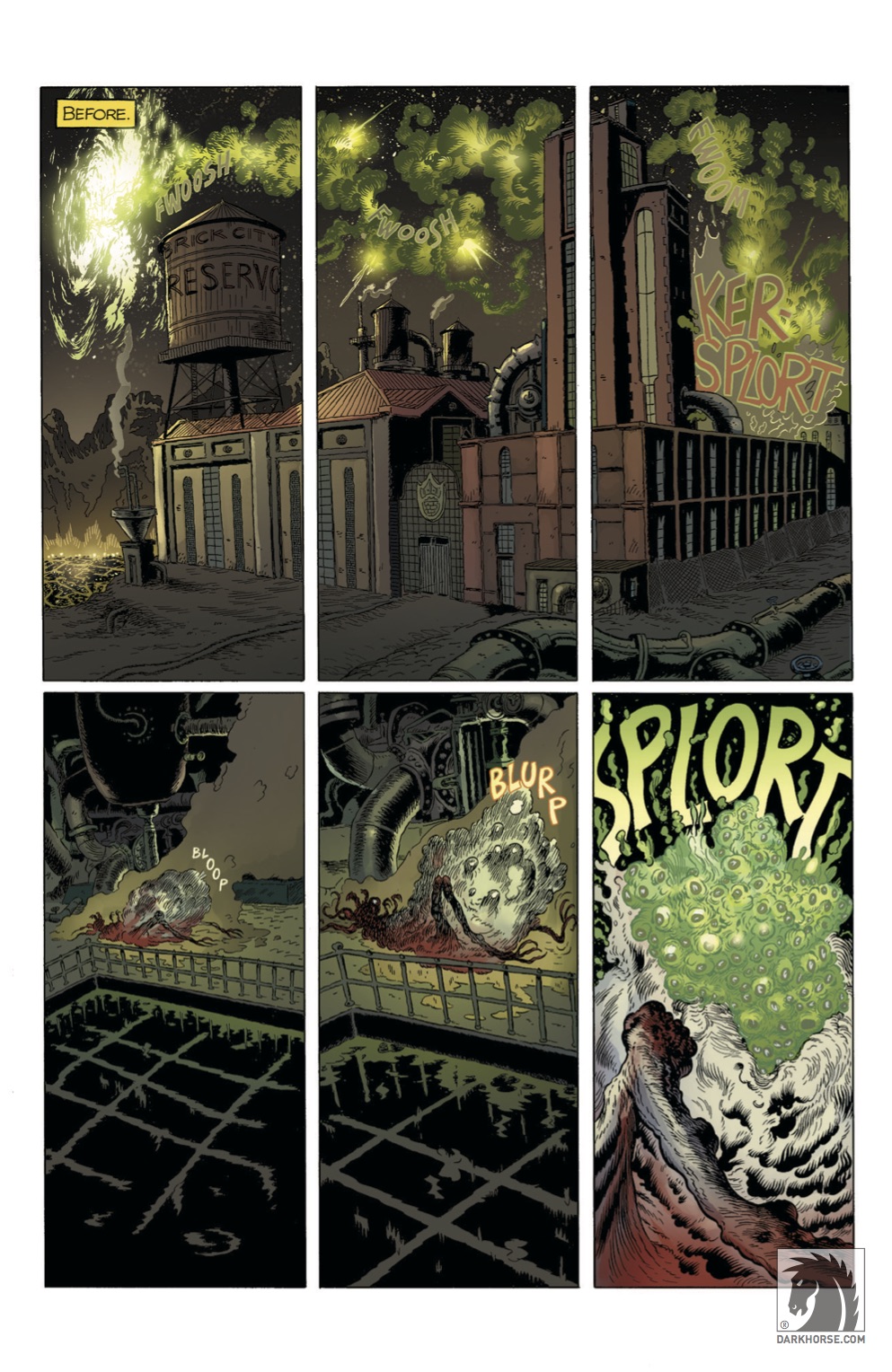 As a human being, Artie Buckle is a grade-A schmuck. But he’s a pretty damn fine cop. Good thing, because Brick City is under siege from its citizenry and only an unlikely partnership with a mysterious, tentacled, extra-dimensional being can put an end to the escalating crime problem.

Thing is, there is a danger far greater than cub scouts robbing banks… oh my! Across space and time lies a far greater threat, not only to Brick City but to the world! Holy Crap! Can the two get past their differences and save the planet? Well, of course they can but it is going to be one hell of a ride. 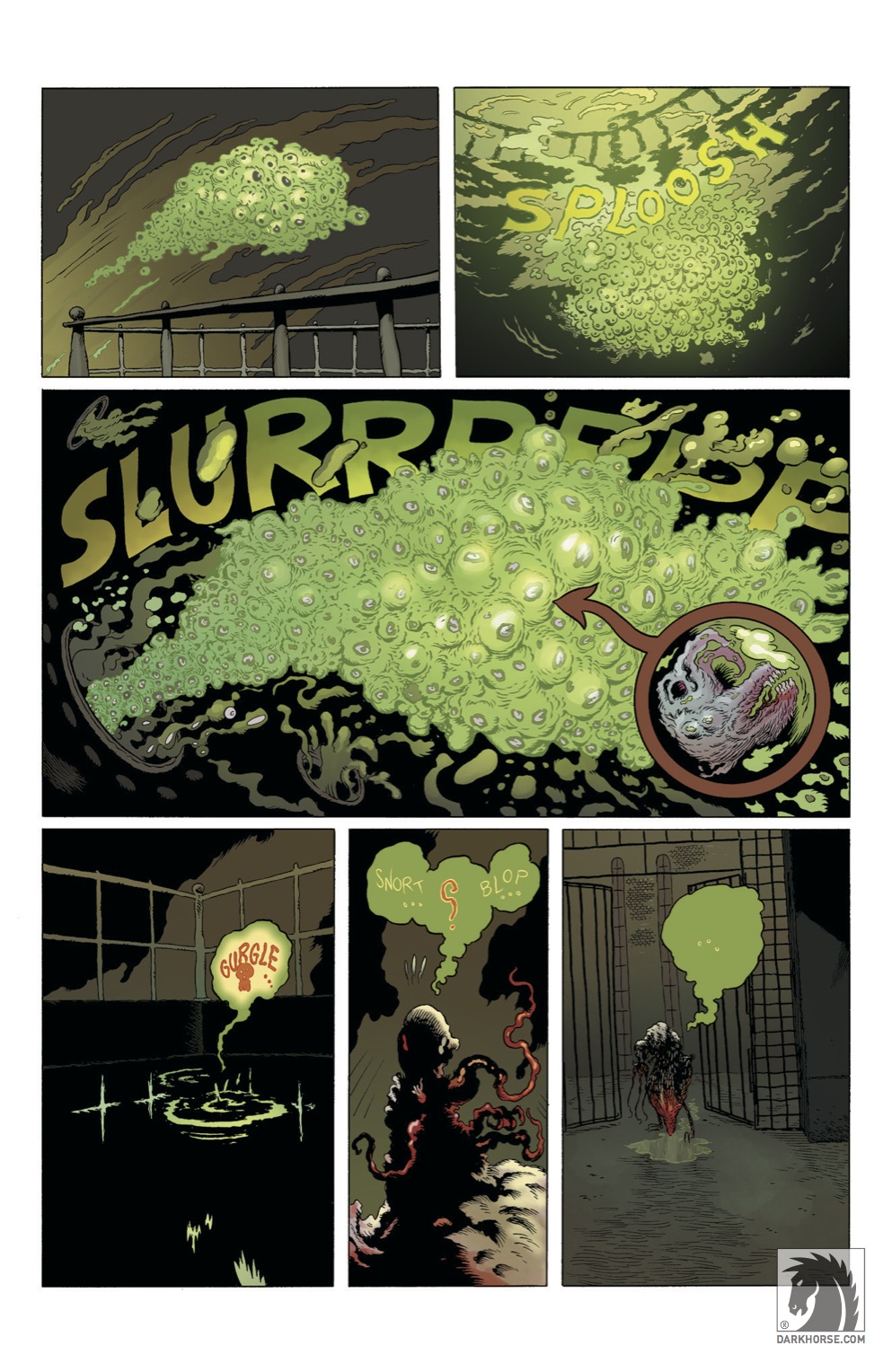 I loved the level of quirkiness in this issue, in particular the fact that no one in the city seemed to care that an odd and very peculiar looking monster has just been given a police badge. The story moves a long at a good pace, with a good mix of horror and humour, and a very interesting relationship set up between Vinegar Teeth (my favourite so far) and his new partner Archie. At times I did find the story a bit confusing as there seemed to be a lack of fluidity in the dialogue, but overall it was a decent first issue.

The art and colour work is impressive as it adds the eerie and ghoulish feel needed to offset the humour and quirk. The characters expressions are animated with that over-the-top feel, which works well with the chosen style for the lettering to remind you to not take the story too seriously. 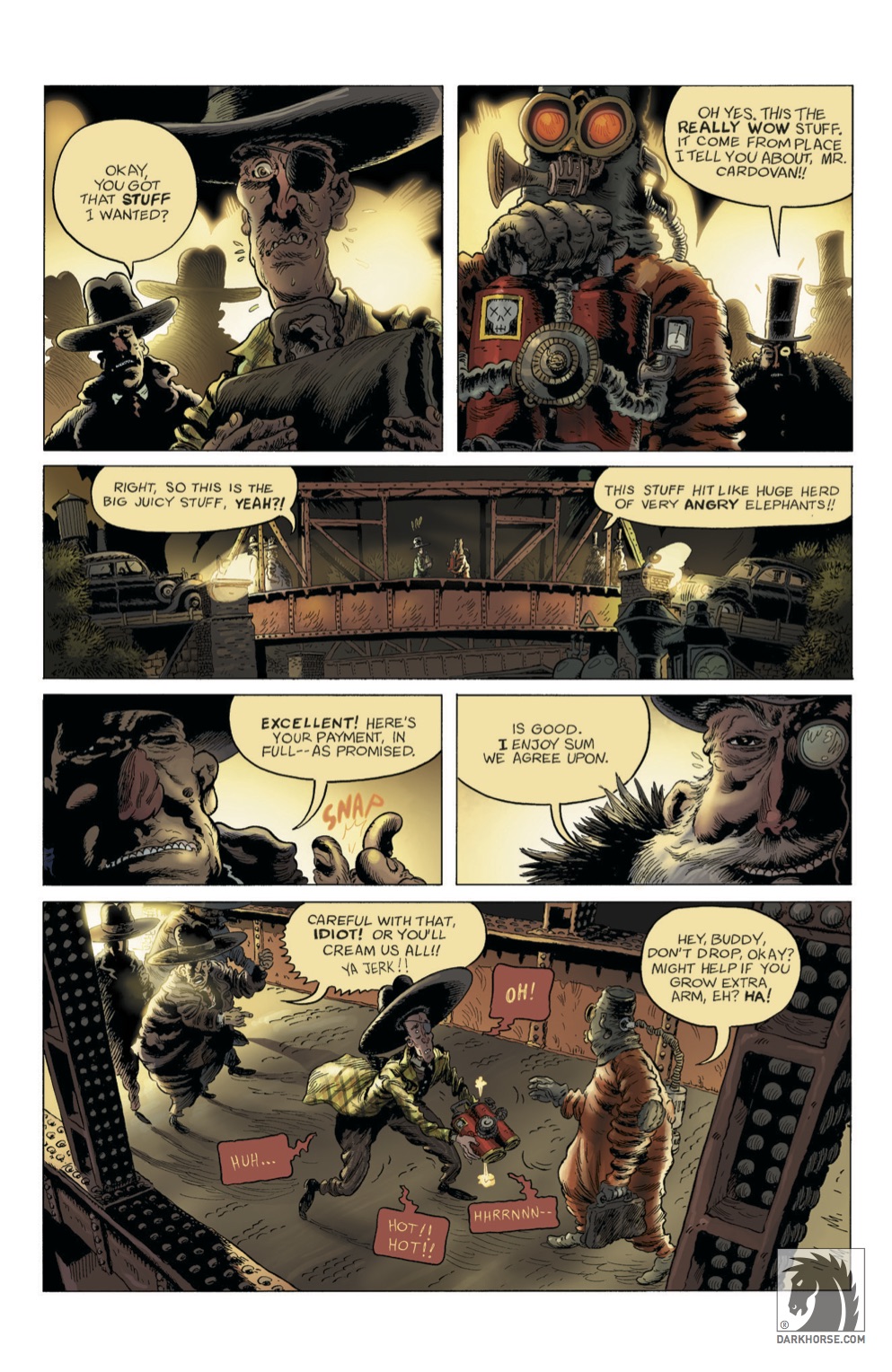 I am not too sure how this series will unfold but I am excited for where it has started. It is a very strange story that definitely captures the mix of odd humour and horror and I can’t wait to see what Vinegar Teeth has in store for us.