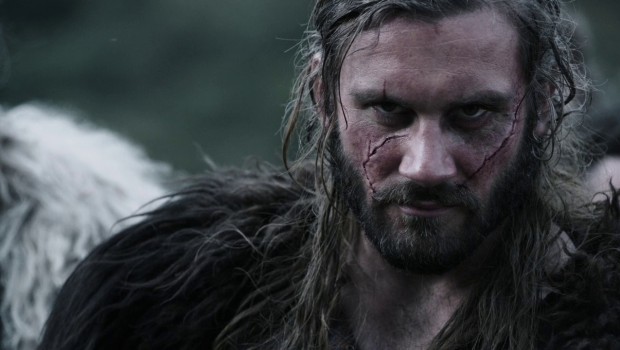 (Sydney, Australia – 2014) – Journey to a thrilling ancient world in this epic new series focusing on history’s bravest and fearsome warriors, the Vikings. An intriguing, ritualistic civilisation is brought to life as VIKINGS debuts on Blu-ray and DVD on 26 March from Twentieth Century Fox Home Entertainment in this electrifying drama, sketching the lives of Viking families and the bloody path of warfare.

Created by Michael Hirst (Elizabeth, The Tudors) and starring Travis Fimmel (The Baytown Outlaws), Gabriel Byrne (The Usual Suspects, Ghost Ship), Katheryn Winnick (50 First Dates, Two Weeks Notice) and George Blagden (Wrath of the Titans, Les Misérables), Vikings tells the gripping story of Ragnar (Travis Fimmel), a fierce Viking warrior, who yearns to fulfil his destiny as an explorer and conqueror, alongside his ambitious brother Rollo (Clive Standen) and loyal wife Lagertha (Katheryn Winnick). As Ragnar leads daring raids in distant realms across the ocean, treacherous forces in his Norse homeland conspire against him. Faced with shocking betrayals and the temptations of a mysterious seductress, Ragnar must wage war on the battlefield – and within himself – to protect his freedom, family and life.

Dating back to a time of mysticism, religious oaths and ancient pacts, Hirst’s series combines an enthralling story of warriors with the realities of Norse history. VIKINGS is also a story of family and brotherhood, capturing the love and affection between Ragnar and his wife, Lagertha (Katheryn Winnick), a respected warrior in her own right. It is the tale of Ragnar’s brother Rollo (Clive Standen), a fierce fighter who simmers with jealously; of Earl Haraldson’s wife Siggy (Jessalyn Gilsig), a dutiful beauty who may be less than loyal; and of the monk Athelstan (George Blagden), whose Christian morals clash with the Vikings’ pagan society.

VIKINGS is packed with fascinating featurettes offering a closer look at the culture of these Norse warriors including the history, legacy and armoury, as well as a captivating behind-the-scenes look at the creation of the series and its epic battle scenes. In addition, VIKINGS boasts deleted scenes and a running commentary of Rites of Passage (Episode One) from series creator Michael Hirst.

“The Armoury Of Vikings”: An interactive feature that allows viewers to learn more about the history and legacy of Vikings armoury and weapons.

“Conquest and Discover: The Journey Of The Vikings”: An interactive feature that allows viewers to learn more about the locations and places Ragnar travelled to in his journey through Season1

“Warrior Society: Viking Culture & Law”: A featurette that takes a closer look inside the fascinating system of laws, practices and rules employed by Vikings.

“Birth Of The Vikings”: A featurette that provides an all-access look at the creation of VIKINGS.

“Forging The Viking Army: Warfare And Tactics”: A featurette that takes a behind-the-scenes look at the process of casting and creating the epic battle scenes of Vikings

Running Commentary: The names in brackets are the participants for that episode’s audio commentary:

Wrath of the Norsemen

Burial of the Dead