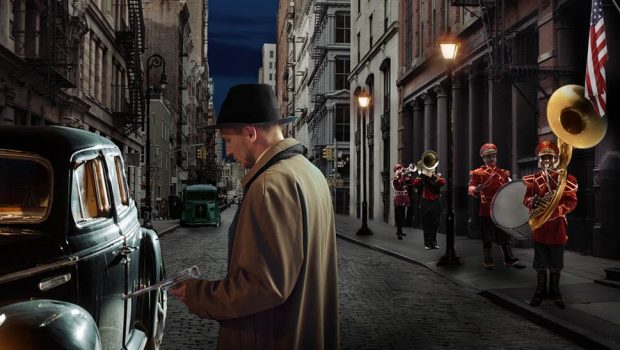 Premiering a year after their landmark hit The Threepenny Opera, Happy End transports us to Chicago in 1911 and tells the unlikely love story of gangster Bill Cracker and Salvation Army Lieutenant Lillian Holiday. While exploring crime, salvation and uncommon alliances in free economies, Weill’s genius and captivating jazz style is on full display with the musical boasting some of his most iconic songs – ‘Surabaya Johnny’ and ‘The Bilbao Song’.

On Happy End, Victorian Opera’s Artistic Director Richard Mills notes: ‘Brecht, Weill and Hauptmann’s fable of the unlikely alliance of the dispossessed from the gangsters of Chicago and the Salvation Army speaks anew to our contemporary world. The gritty realities of hard times are leavened with sardonic wit and wonderful songs.’

Runtime: 2 hours, plus one interval

Tickets from $39
Bookings via www.victorianopera.com.au