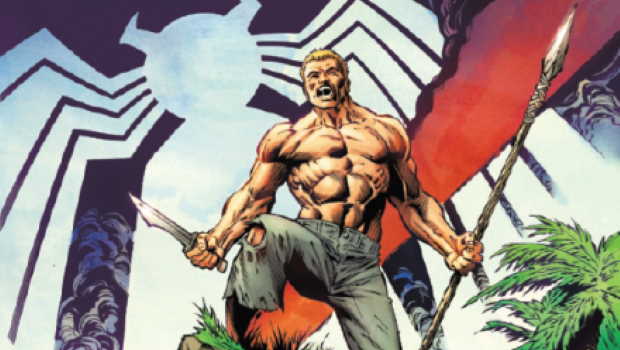 Summary: Eddie Brock has had an interesting time of late. But while some things finally seem to be going right for him... his future may yet have a few challenges that will threaten to unravel everything.

It’s one thing to say you have inner demons, it’s another to actually have some entity living inside you. Absolute Carnage was a whirlwind that got the heart racing. Now we have a chance, with Eddie, to take a quick breather. It’s clear something is on the horizon, Knull isn’t exactly stopped, in fact he’s headed straight for earth and nobody but Eddie knows, so it’s time to get some things sorted before preparing for the inevitable.

There’s a lot to unpack here. Eddie has only recently learnt that Dylan is his son and it’s going to take them both a while to get used to that dynamic, something that is covered in a nice subtle way here with simple terminology. We also get the distinct indication that Eddie is being given a chance for a fresh start, a chance to be a better person, whether he takes that opportunity or not may have a big impact on what his future holds. But the thing that has haunted Eddie for so long now, what lives within him, will possibly bring out the best and worst of him yet… but at least he can try and deal with it on his own terms.

The cover of this issue just jumps out at me as a complete homage to Arnie in Predator, the muscled crew cut tough man screaming to the universe to take him on, challenge him… he can take it. It’s an image that certainly seems to live within the heart of this issue (and no doubt the run to come). The first few pages then show the physical transformation Eddie is undergoing that match his shift in attitude. Shaving his well known beard and dressing smart he’s clearly off to an important engagement. A lot of this issue is indeed told through the art work and it’s in great hands here. The turmoil that Eddie goes through is clear in the writing and it’s even more clear in the anguish we can see written across his face and body.

The anti hero is an interesting character almost by definition. Someone who isn’t clear cut black and white, they have their bad side but they try and do the right thing in the end. Eddie has had a pretty interesting time of late… but this issue clearly sets things up for some pretty big events and I’m not going to blow any of the reveals here, but you can practically feel the energy build on this one… grab this copy so you are ready for the storm that is coming.