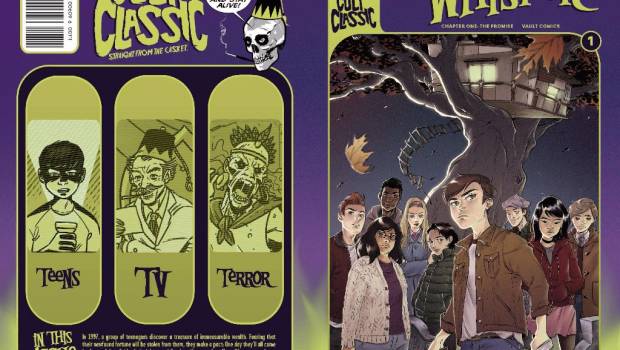 Why the change in title? Cult Classic: Return to Whisper creator Eliot Rahal had this to say:

“It’s simple really…The Graveyard Gang was taken! I mean our title was originally a little longer, but there was a web series we were unaware of called “The Graveyard Gang” and both Vault and I decided it’d be best to respect that creator’s work. Comics can be a small place sometimes, and the last thing any of us want to do is create ill will in the community. So here we are with a new title, CULT CLASSIC: RETURN TO WHISPER! No muss, no fuss! That’s a thing people say, right? Please let it be a thing people say.”

Cult Classic: Return to Whisper is the flagship series in a creator-owned, shared universe of interwoven stories that will published by Vault Comics beginning in 2018. Created and curated by writer Eliot Rahal, the Cult Classic universe will feature a wide array of today’s hottest new creators.

Cult Clasic: Return to Whisper is written by Eliot Rahal, drawn by Felipe Cunha, colored by Dee Cunniffe, and lettered by Taylor Esposito, with cover art by Irene Koh. It will be in stores for only $1.99 on February 28th, 2018. 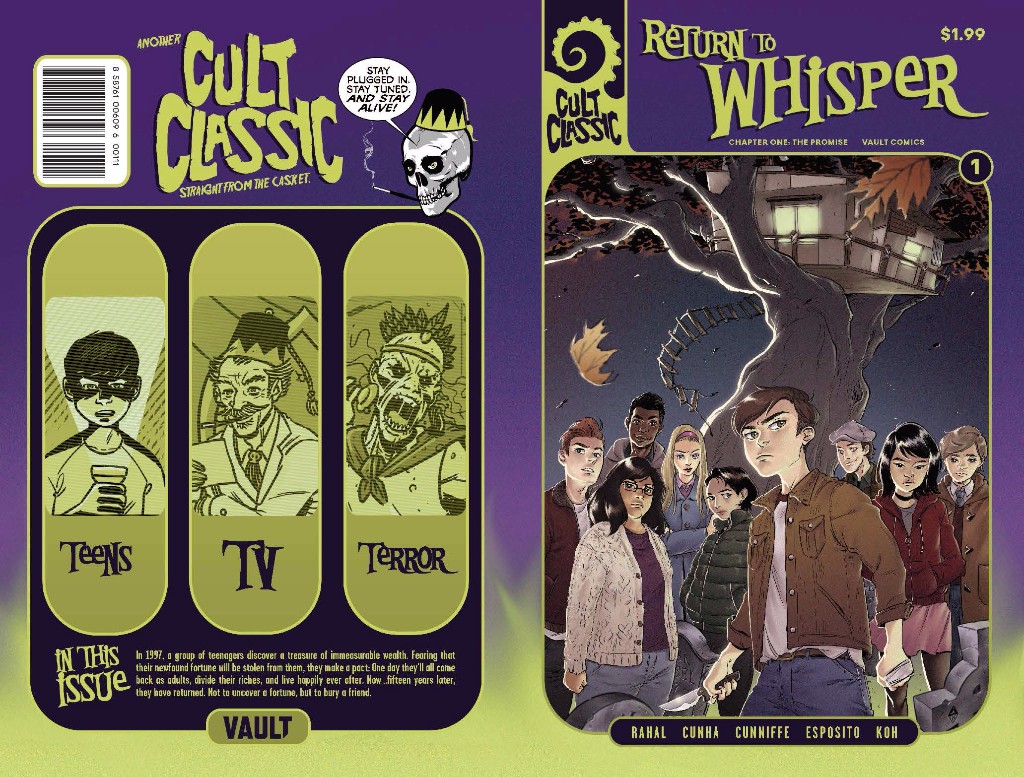 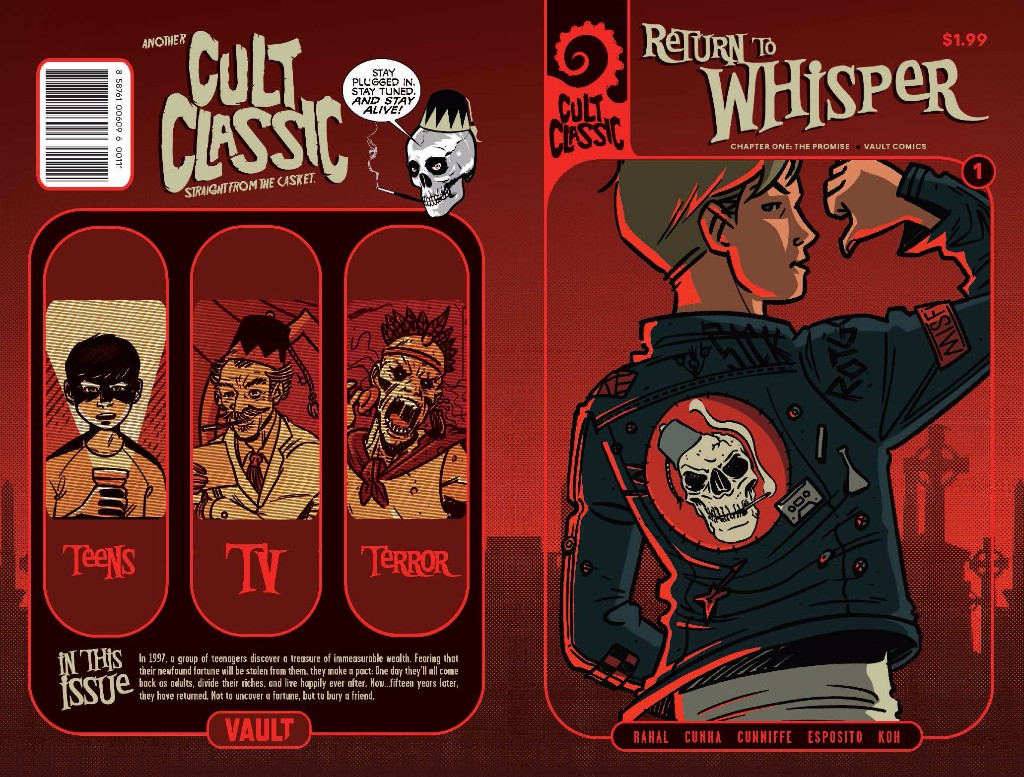