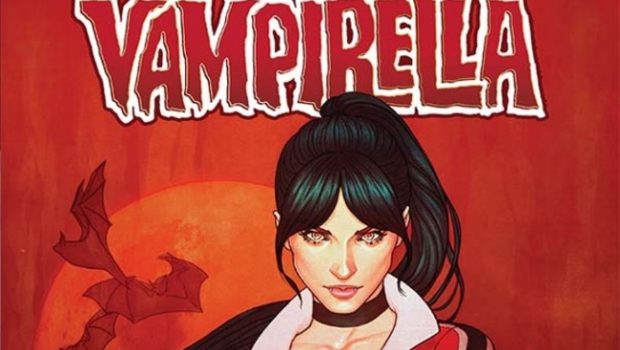 Summary: In the land of the Schlock Horror, Vampirella will find the true evil that lurks beneath.

Vampirella, from planet Drakulon isn’t the Vampire Queen Hollywood deserves, she’s the Vampire Queen Hollywood needs! Setting up residence in an appropriately stately home, the tranquil surroundings are soon disturbed by an apparent assassination attempt. Before getting much out of her would be slayer… the killer to be dissolves leaving only a business card as a clue. But the chase is on and Vampirella will have her prey. 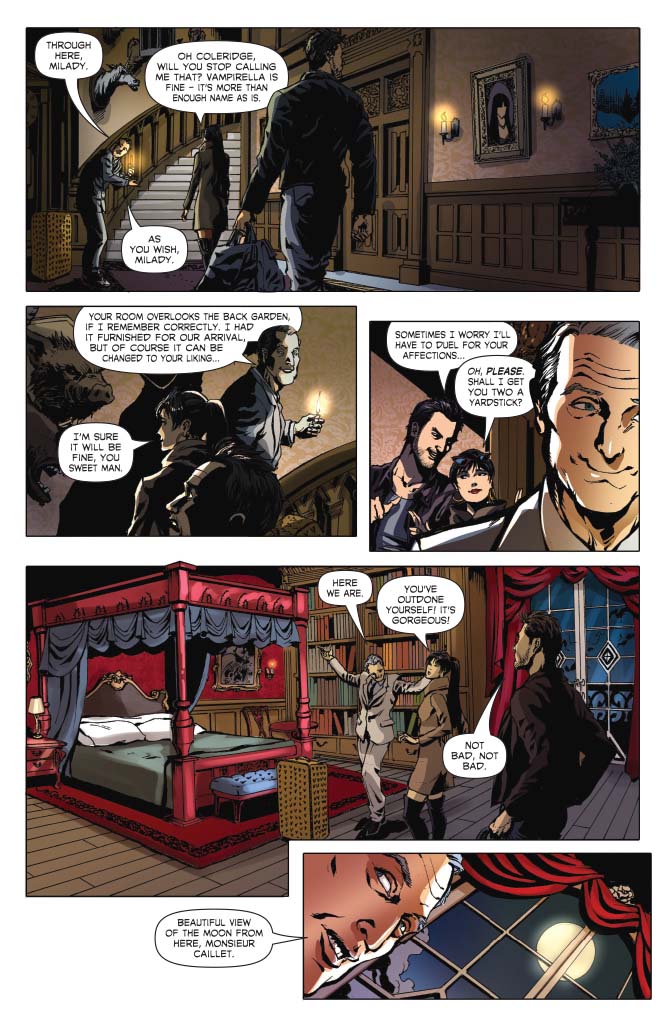 For anyone not familiar with Vampirella that won’t be a big issue… within a short time of starting the story her basic character are clear as are her entourage’s. The writing is full of quick wit and pop culture references. Playing off the notion of cameras are everywhere with mobile phones being ubiquitous, celebrity status soon finds Vampirella after she is caught behaving in an unnatural way. As the story unfolds we also learn that a Vampire and a Werewolf are hardly the strangest beasts in the world. 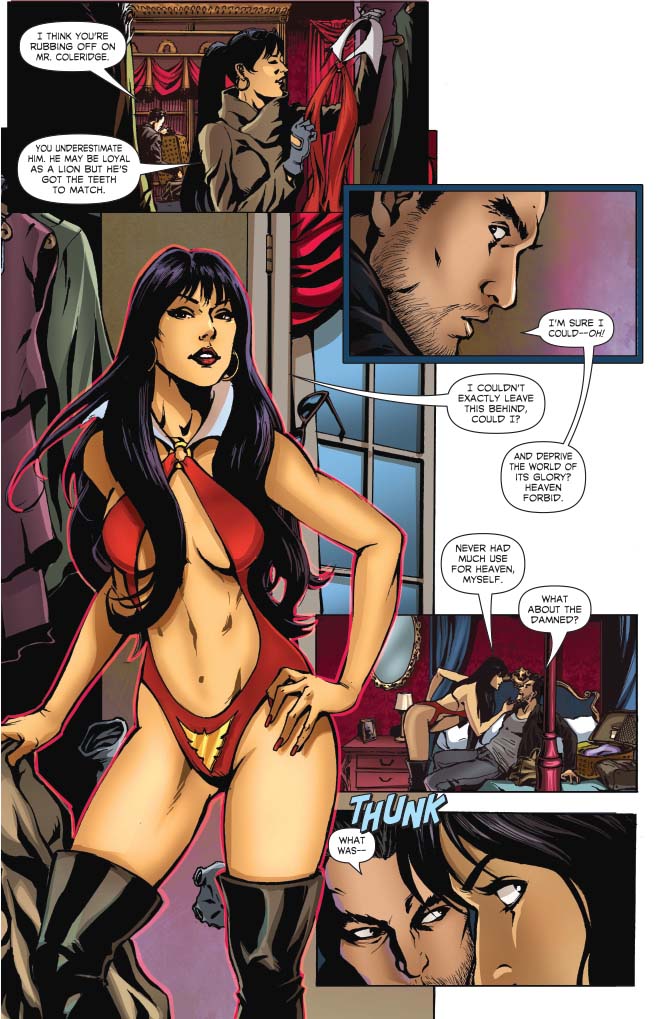 For a comic that is dealing with the dark themes of Vampires and other monsters… the colour palette has some lovely bursts of vibrance here and there that make the scenes pop. Each chapter is started with two distinct artworks, one depicts a more childlike look to Vampirella and the other takes a more mature look. Shading is kept simple and only used where required as with details… some scenes feature elaborate backgrounds whilst others feature simply shades of colour. The end result is your eyes are looking just where they need to be but given detail to explore when the story allows it. 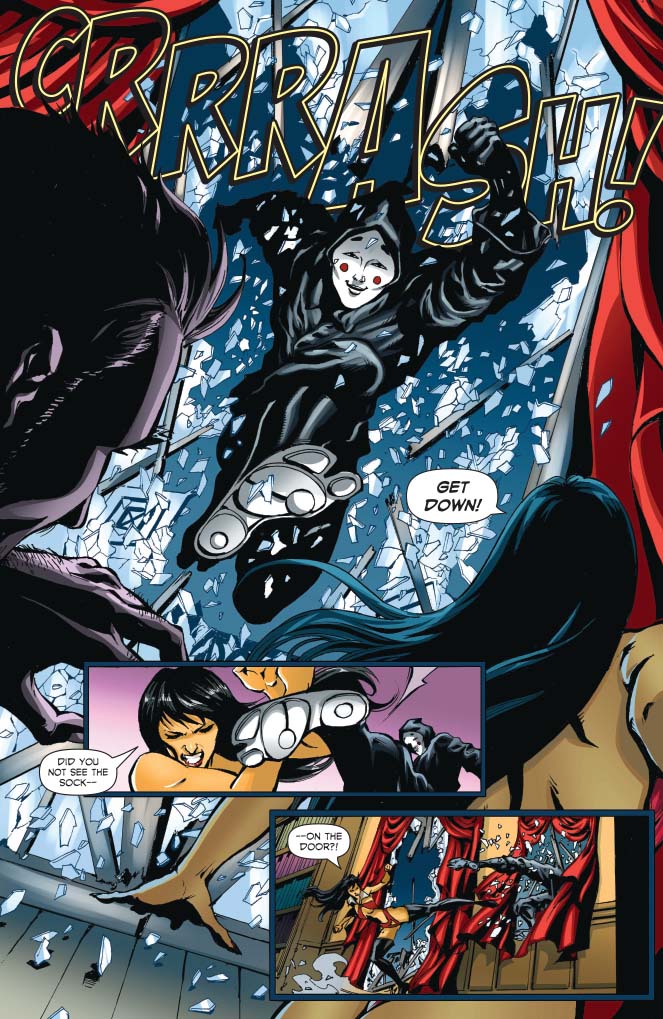 As someone who has worked a little in the entertainment industry I perhaps got a bit of an extra kick out of this than the average person… but the notion is clear enough that the “gag” will sell very well. Much like other “evil” characters played against type… Vampirella makes a lovely heroine and role model… she’s someone who doesn’t take rubbish from anyone, she knows who she is and doesn’t need anyone to come to her rescue. Whilst “traditionally” dressed with the intent to draw the eye of the reader who “admires” the female form (and said outfit does make a brief showing… with appropriate reference at the start of the story), this Vampirella dresses some what more conservatively and it all works very well in the setting. A fun read and a nice way to start you collection of Vampirella stories. 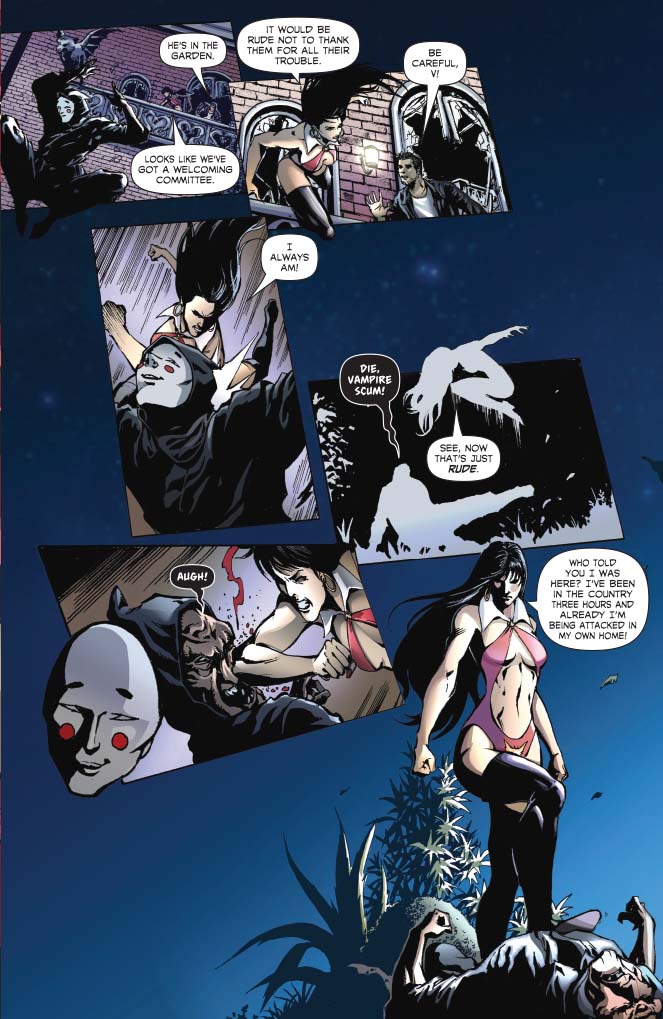