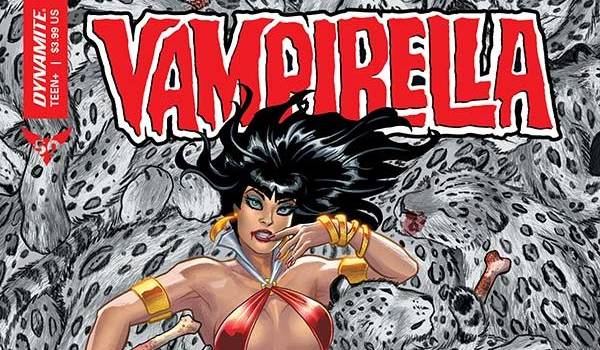 Summary: You wouldn't think a story about a hot half-naked vampire woman could be so boring, but there you are.

The classic character of Vampirella returns and in this episode is hanging out on a nudist beach in the West Indies where she is chastised for being a prude by the other beach users. An ancient plot is in play with some confusing flashback scenes and it wouldn’t be a story without a sexy Vampirella feeding shot.

There is an overarching story here but it does not really seem to be that important as they want to get as many shots of Vampirella in her outfit as possible and forgot to actually develop her character or even give her anything interesting to do.

They never even explain why she is able to go to the beach in the day or is eating wild animals rather than humans for blood. There would be a better story in finding out those two rather than what they had here and of course it ends in a cliffhanger.