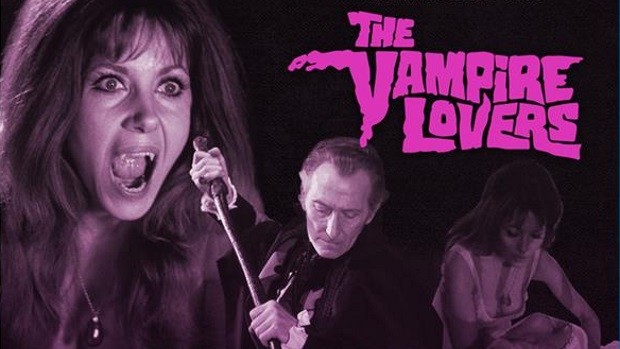 Summary: Overall, The Vampire Lovers is Hammer by the numbers

Adapted by Tudor Gates from Irish writer Sheridan Le Fanu’s Carmilla, The Vampire Lovers is the first in a loose trilogy of vampire movies produced by Hammer Productions. Directed by Roy Baker and released in 1970, this movie comes at the tail end of Hammer’s long and successful run in the horror field. While not as innovative or exciting as earlier instalments, and betrays a certain creakiness and tiredness, The Vampire Lovers still offers a great deal of entertainment. 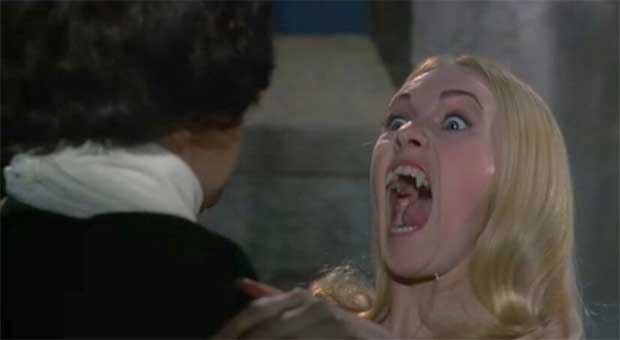 In 19th century central Europe, two families fall prey to a vampire in the form of Carmilla (Ingrid Pitt). The first family suffers the loss of their niece, Laura (Pippa Steel), before Carmilla vanishes, reappearing later in a different location in the guise of Marcilla, and preying on a new victim, Emma (Madeline Smith), the daughter of Mr Morton (Minder’s George Cole). She, and her governess Madame Perrodot (Kate O’Mara) fall under Marcilla’s sway, and it is only through the intervention of Laura’s uncle (Peter Cushing) that the evil is extirpated.

As can be appreciated, this is standard fare for Hammer. A remote European location full of bumpkinish locals and gloomy castles surrounded by gloomier forests. There’s plenty of location shooting in atmospheric woodlands and some dodgy day for night, which is typical for this era this era. What ‘elevates’ the movie, if that’s the right word, is the daring (for 1970 Britain) overt lesbian elements.

Given the preponderance of female characters, for the most part, The Vampire Lovers is centred on those female relationships. Carmilla seduces her female victims by insinuating herself into their households. The sexual nature of the relationship is taboo, not only in the setting, but also its depiction in 1970. Reflecting on it, it’s striking how much society has embraced homosexuality – the transition from illegality to acceptance has happened swiftly. 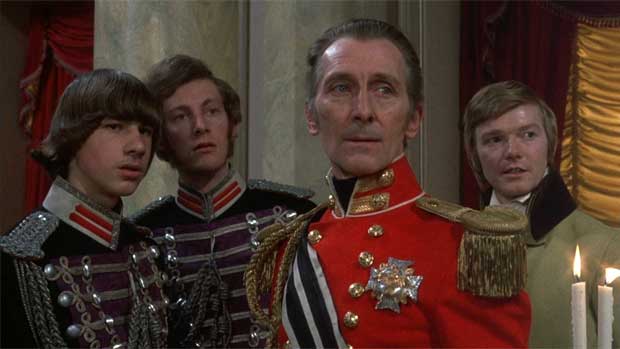 An interesting element in the movie is the sidelining of the male characters for much of its length, as Carmilla preys on her female victims. Only on the edges do we find the violence that we would expect when the male characters are central to the narrative. There is an element of regret to Carmilla’s depredations, something we don’t see with Christopher Lee’s animalistic portrayal of Dracula in earlier films. While Carmilla preys on her victims, she does form a romantic attraction to them, and while her actions are evil, she doesn’t kill them outright, but instead extends her relationship with each by only drinking a little from them each night.

Of course, the subtext is only apparent now. What is definitely overt is the titillation on offer for the audience at that time. There’s plenty of casual 70s style nudity which escaped the censor’s knife but definitely not the attention of the teenage schoolboys who no doubt packed the cinemas back then. Much like the change in attitude to homosexuality, the shift from liberal depictions of nudity in this era to the more prudish aspect we have today is startling.

Much of the usual Hammer charm is on display. The costumes are lavish (and diaphanous!), the set design, especially the interiors, is period specific and adds a great deal to the visuals. Too much use perhaps is made of painted backdrops, no doubt as a cost saving measure, and their presence on the Blu-ray is obvious due to the high image resolution. The music is lush and striking and while the dialogue doesn’t rise to match the ripeness of the visuals, it is these visuals, particularly the camerawork, which is striking. Particular mention should go to the nightmare sequences where Carmilla’s victim’s wrestle with her nighttime attacks. Here, the colour bleeds away leaving black and white images. In addition, there are several instances where a scene transition closes with an image that matches that of the next scene, which is quite clever for its day. 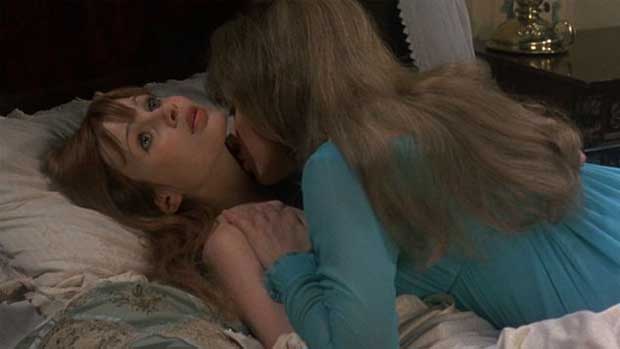 One negative is the quality of the picture and audio. The previous Hammer movie your reviewer watched was The Brides of Dracula, which displayed an exemplary restoration. However, The Vampire Lovers appears not to have had the same detailed attention. The scratches, blotches, and tramlines that mar the print are a real shame. Also, there is an effect on the sound that sometimes makes it seem like you are listening to it from the other end of a tunnel, which is distracting to say the least.

Most of the actors are more or less competent. It is interesting, however, to see early work by Pitt and O’Mara, who would go on to other, more varied roles. O’Mara, in particular, is enjoyable to watch, and her final mental disintegration is a high point. Cushing, as always, is a delight, with his sunken visage providing an arresting image. It’s a pity his appearances bookend the move.

Overall, The Vampire Lovers is Hammer by the numbers. The follow up movie, Twins of Evil, covers much the same territory in much the same manner, but has the virtue of being more entertaining and gives Cushing more to do in a different role. Watch it for the nostalgia, and the startling changes society has embraced in the last forty-five years. 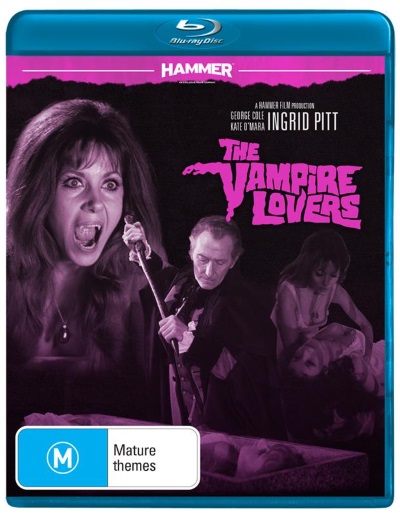