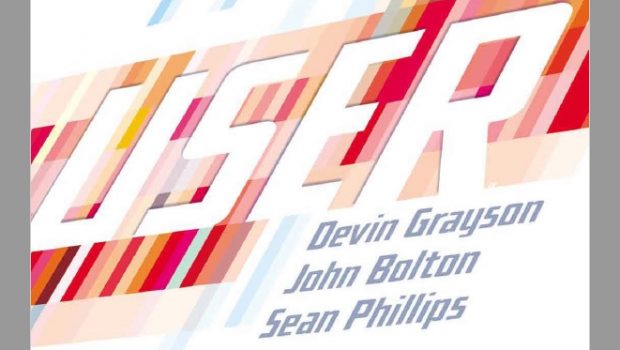 Summary: When online life becomes more desirable than the real world, it's easy to get lost in fantasy.

Every now and then you come across a gem of a comic… something that doesn’t fit the mainstream styles but that tells a great story that perhaps is more personal and as a result touches more deeply than the average comic does. Devin Greyson manages that with User. Long before the days of Meme’s and Trolling, back in the days when we listened as we connected to the internet, when images would take potentially minutes to load on screen rather than mere seconds, most of what was done was text based… but the connections were perhaps more real and cut deeper. User explores just how involving an online life can be and what happens when it blurs or interferes with the “real world”. 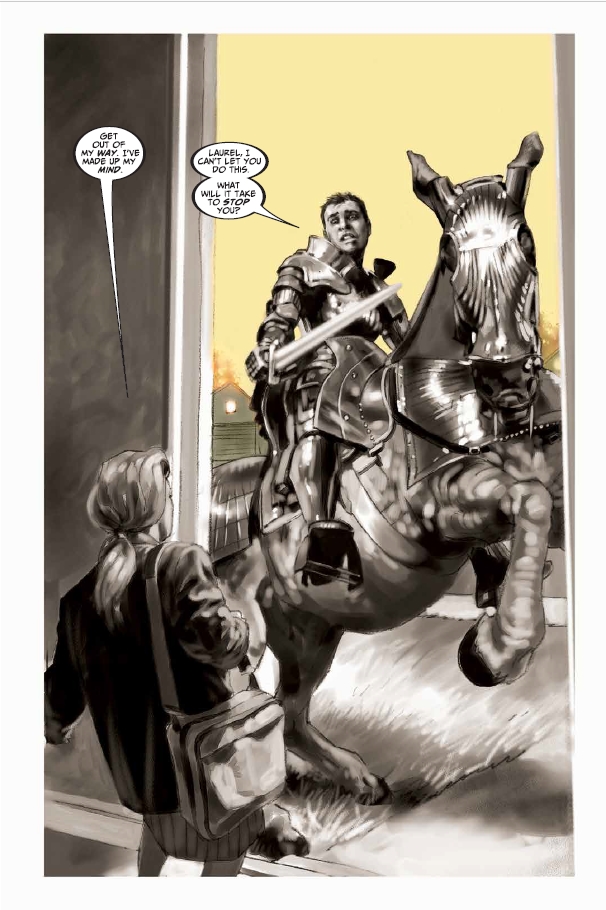 Though I never got into online text based RPG’s in my early internet experiences…. I did frequent chat rooms and Devin has done a great job of capturing that. There was almost a more sincere and honest community back then. Whilst now you will find people just as quick to insult each other and tear each other down, in the early days people were far more supportive and real bonds could be made (I’m still friends with some people I only ever knew through a chat room some twenty or so years ago, good old Mr Showbiz). But Devin goes beyond that… not just exploring the friendships that can be forged online… but a relationship and what that means… can something forged between two disembodied textual voices transcend the screen and grow into a face to face reality? 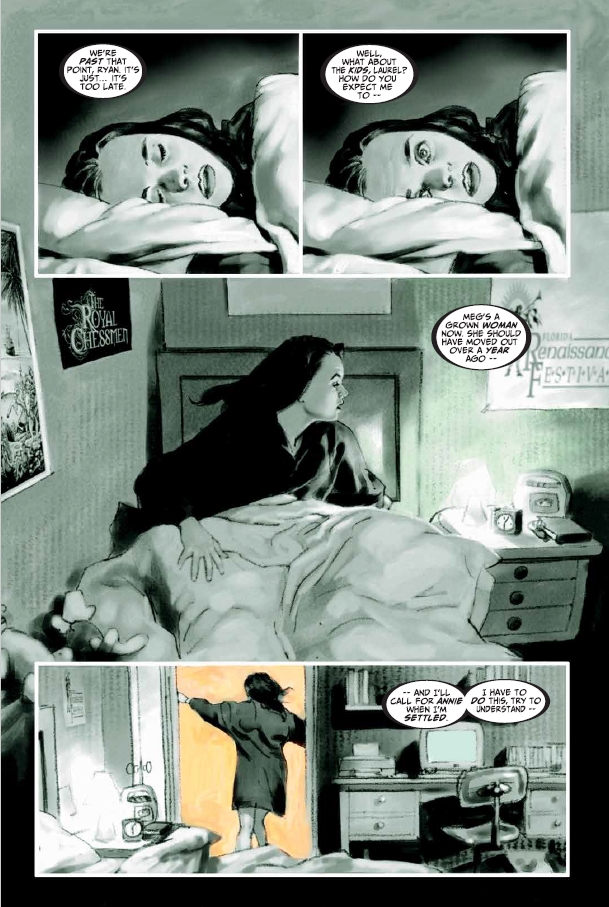 John Bolton and Sean Phillips work their magic to make this comic stand out visually as much as it does through storytelling. The images look like a digital watercolour, that is to say they have that light almost ethereal nature that is possible with water colours, but with the control and detail afforded by digital. The tonal work also does so much to put the reader in the right emotional state of mind. There are some very serious themes in this book and emotionally you are certainly drawn into those scenes just as much through the striking visuals as the words. The use of vibrant colour for the online world contrasting with the bleak tones of the real world also help to accentuate the appeal of the virtual life. 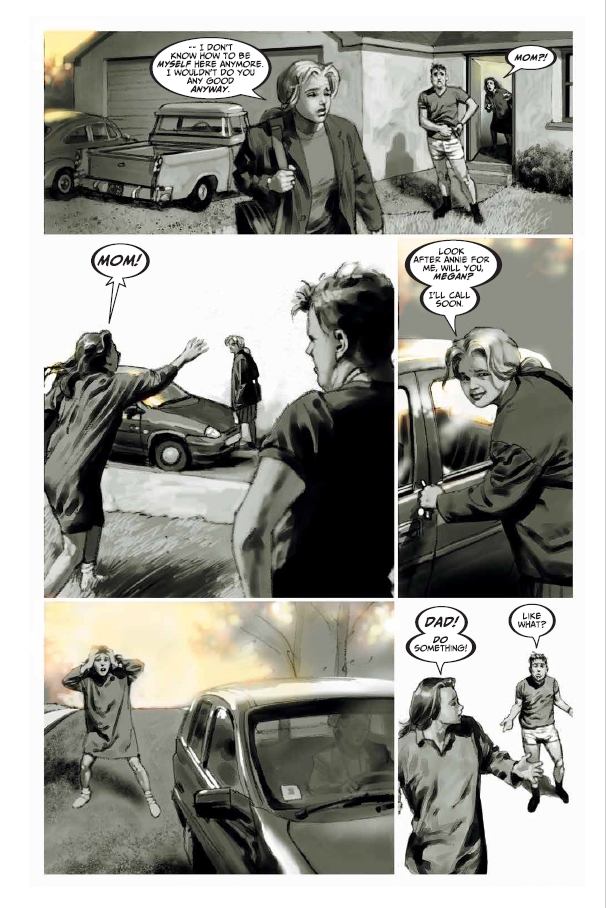 For those of us old enough to remember the early days of the consumer internet and the prevalence of chatrooms there is plenty of familiarity in this story. For those who enjoy gender/sexual diversity in their storytelling this is also a great option. Importantly the aspect of sexuality is dealt with in a very natural way and is in no way sensationalised. A great read with a lovely story (if a little hard at times due to subject matter, which is important to note as it could be triggering for people who may have experienced sexual abuse). 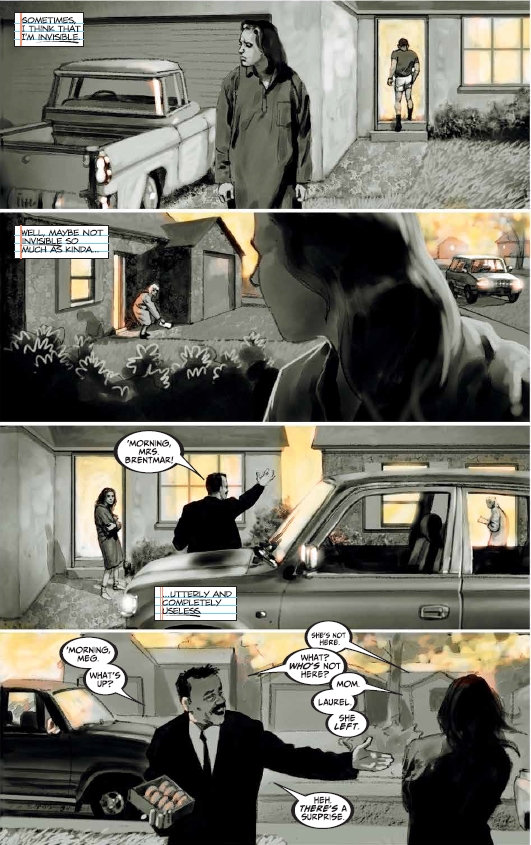