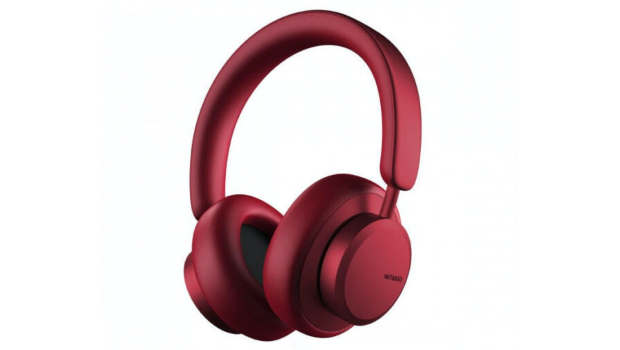 Summary: A respectable usage time make these wireless headphones a great choice for the budget conscious.

I’m going to be upfront here. I normally only buy the cheapest headphones I can find, be that over ear or in ear… I’m talking maybe $10. My desktop PC is still rocking Cambridge Soundworks DTT2200 5.1 speakers. I love audio but I don’t have the money (or inclination) to throw down hundreds (or more) on a product just because some known person puts their name to it. Urbanista Miami is certainly outside my standard budget but for those of you who have a bit more cash to splash on your acoustic pleasures… you might want to have a deeper look. 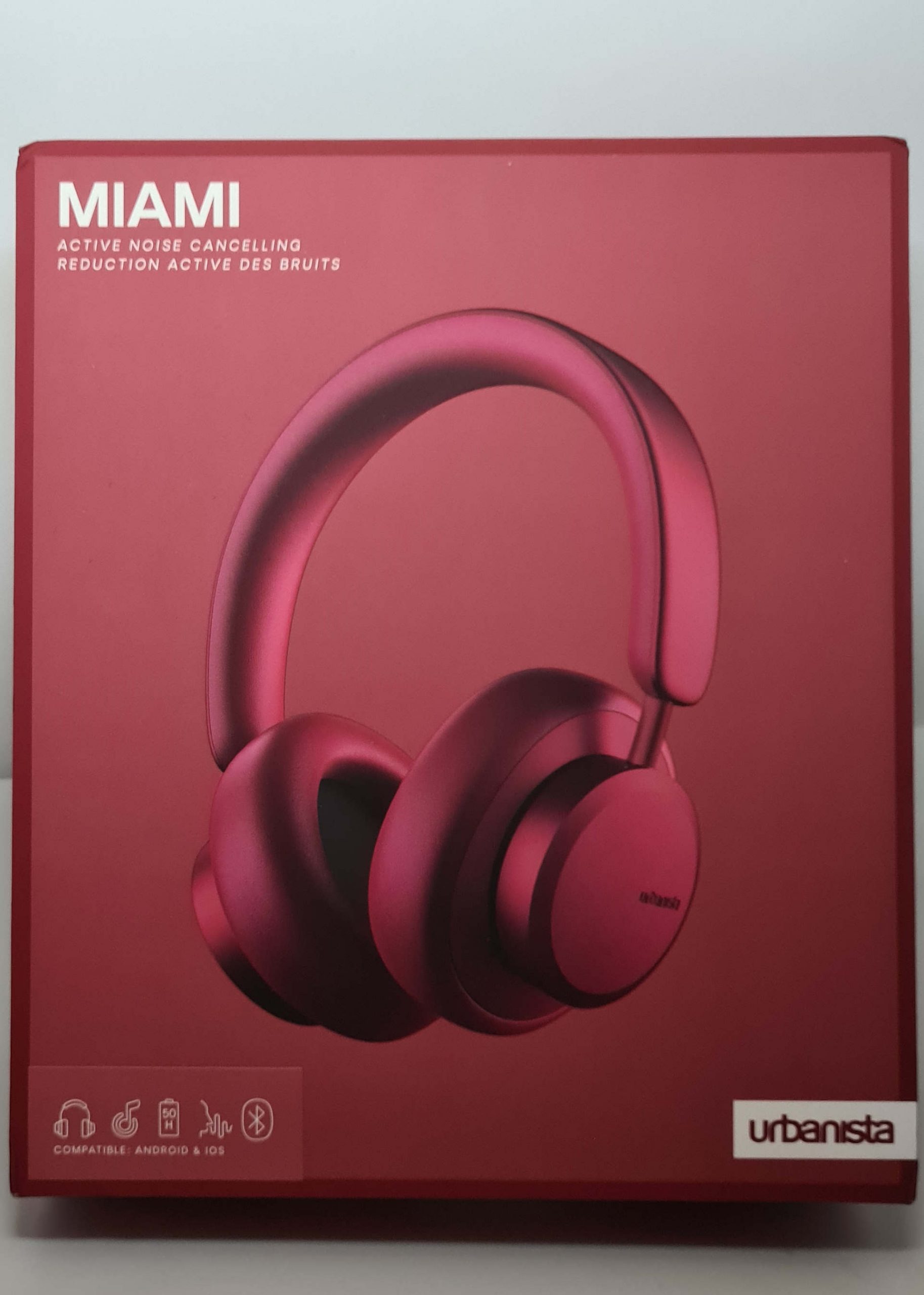 My first impression was that the presentation is very nice. Not only do they look stylish (to my admittedly not style aware self)… but they come with a handy travel bag to provide some extra protection while you are on the go. Upon using them for the first time I was quite impressed with the sound quality. 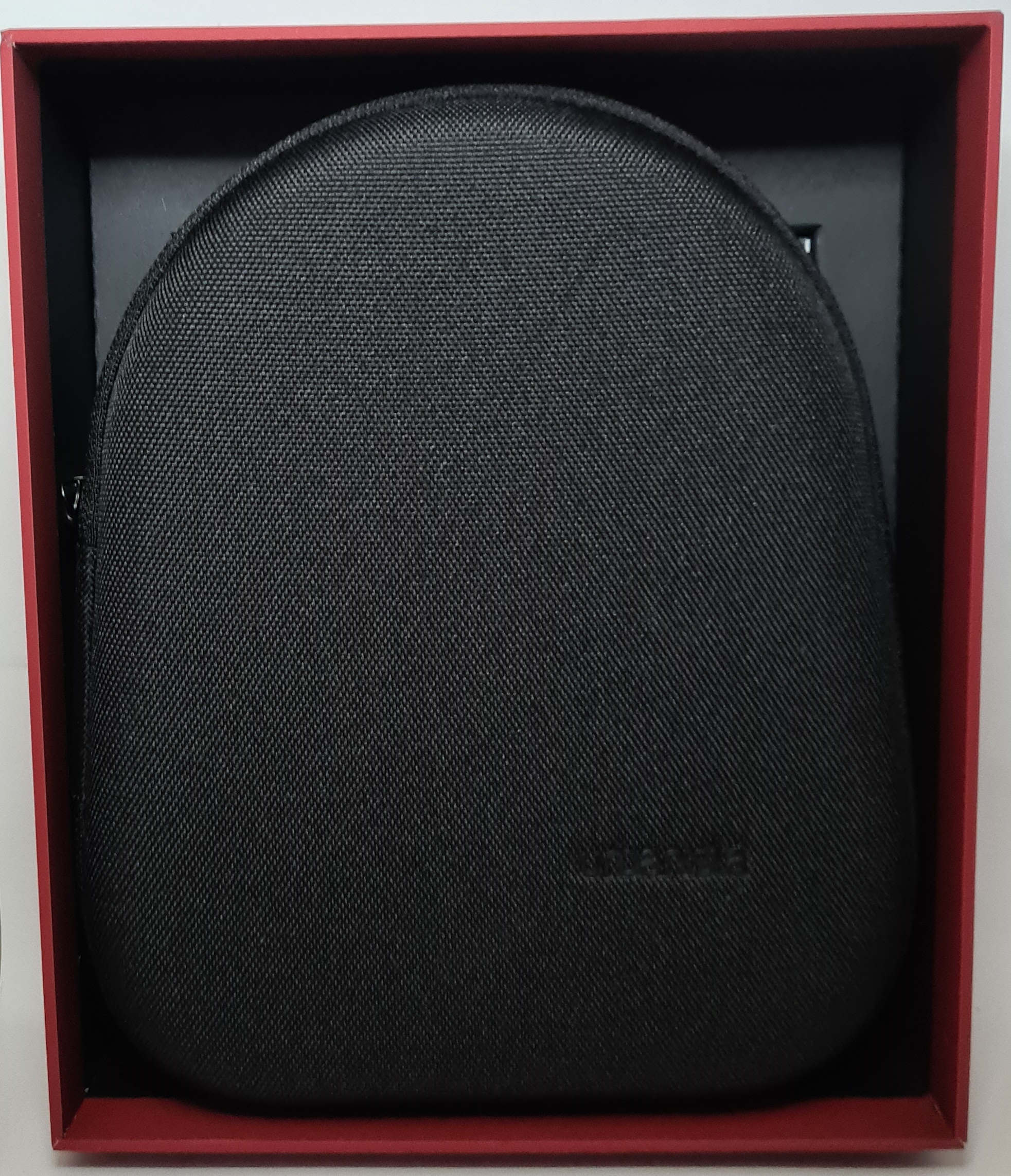 I’m going to go on a little side note here though. I was reminded recently that there are some people who praise Bass over all other frequencies in their audio (I read a comment in which someone claimed that a podcaster had a better audio setup when all I could discern was that they had their bass boosted… other than that there was no great difference in their quality to others on the show). I like the notion of ConEx that I learnt recently while watching Hexibase on Youtube, the basic idea is that there are connoisseurs of music and there are exhibitionists. If I understood it correctly it basically said that connoisseurs want to hear the sounds the way they were meant to be heard… as accurately as possible. Exhibitionists just want everyone to hear what they are listening to, or at least feel what they are listening to (think of the car a few blocks away from you with the thumping bass that is rattling your windows.)

I went on that side note to stress that these headphones seem to be pushed more in the direction of bass than “accurate”. Having said that, you can play around with them with equalizers (depending on what/how you are using them with)… but they definitely seemed to start bass heavy. I did also find that a few times the sound seemed a bit “empty” while watching some Youtube channels (I know not exactly stress testing them)… but I was able to fix this with equalization. 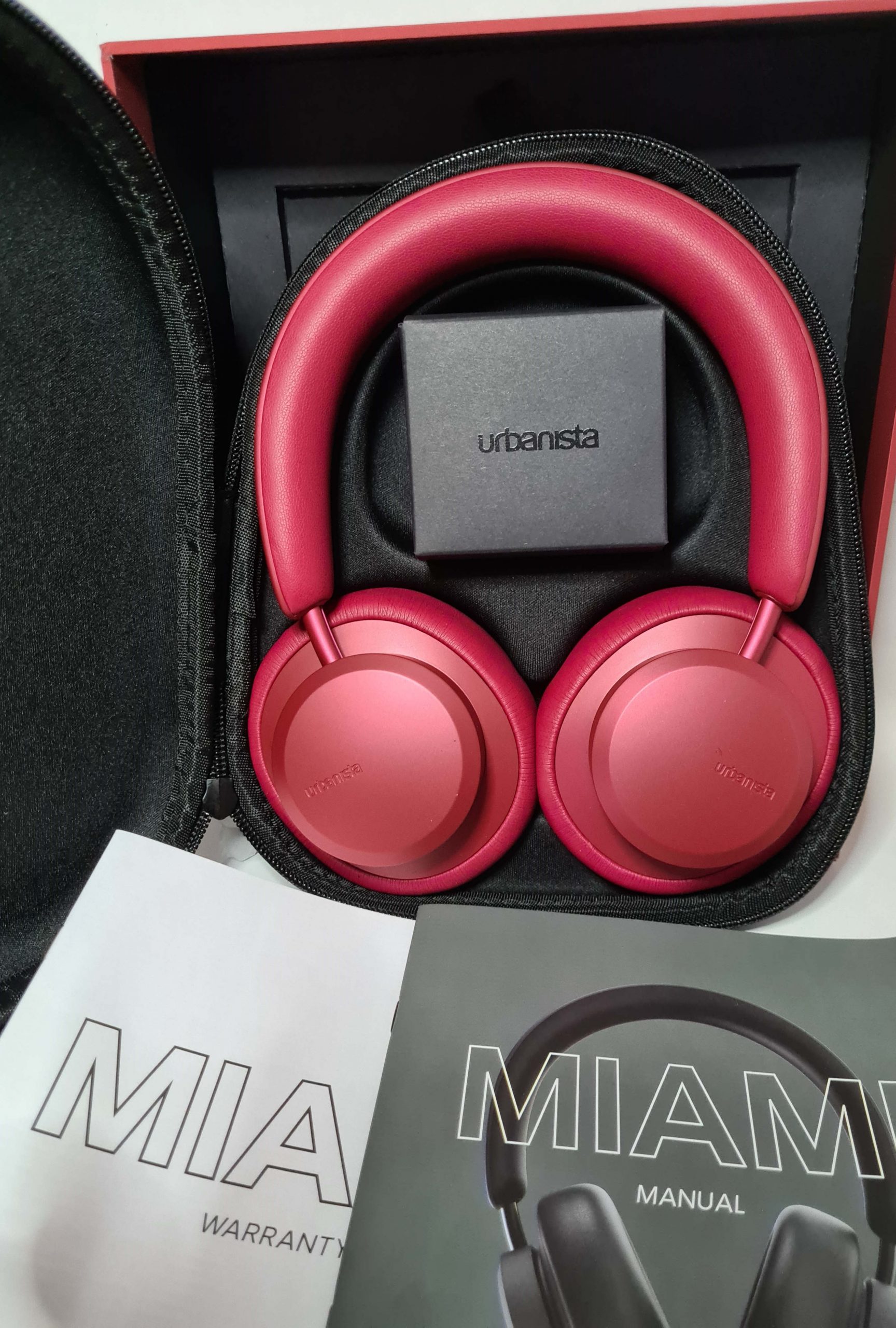 In terms of music they do a great job straight off the bat, again you can tweak as needed… but for the music I tend to listen to they were at a good starting point. They are also stated as noise cancelling and they certainly do a decent job “muffling” noise… but I don’t know if I’d go so far as to say cancelling. In terms of the impact… my desktop PC normally has a gentle whir of the fans that I generally tune out (it’s not loud… it’s just background noise), with the headphones on it becomes almost more a faint whisper… so certainly enough to minimise general environmental disturbances. 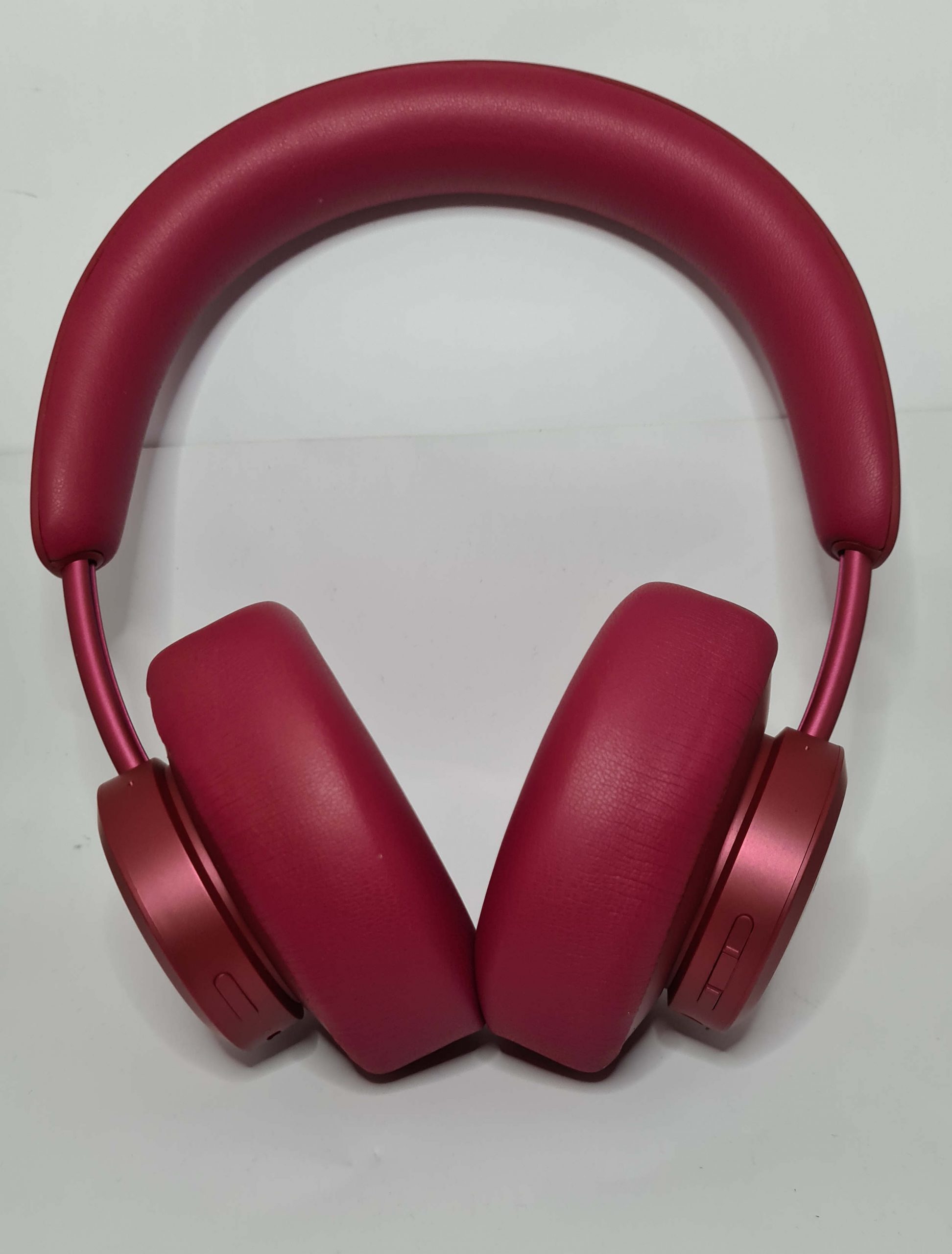 There area  couple of controls on the bottom of the earcups… I have mixed opinions about those. I suspect after frequent use they would get a bit easier to navigate but I found the side that has both the volume controls and a center button, it was a little hard to find the right spot by touch. They do have ridges so in theory muscle memory could improve this… but out of the box I found it a bit fiddly. The Bluetooth paring fortunately was relatively painless (I think I pressed the wrong button first, but on my second attempt it showed up and was easily paired). The box also comes with a 3.5mm audio jack and adapter,  in case you want to run the headphones in wired mode which I think is a great option and certainly a nice inclusion. 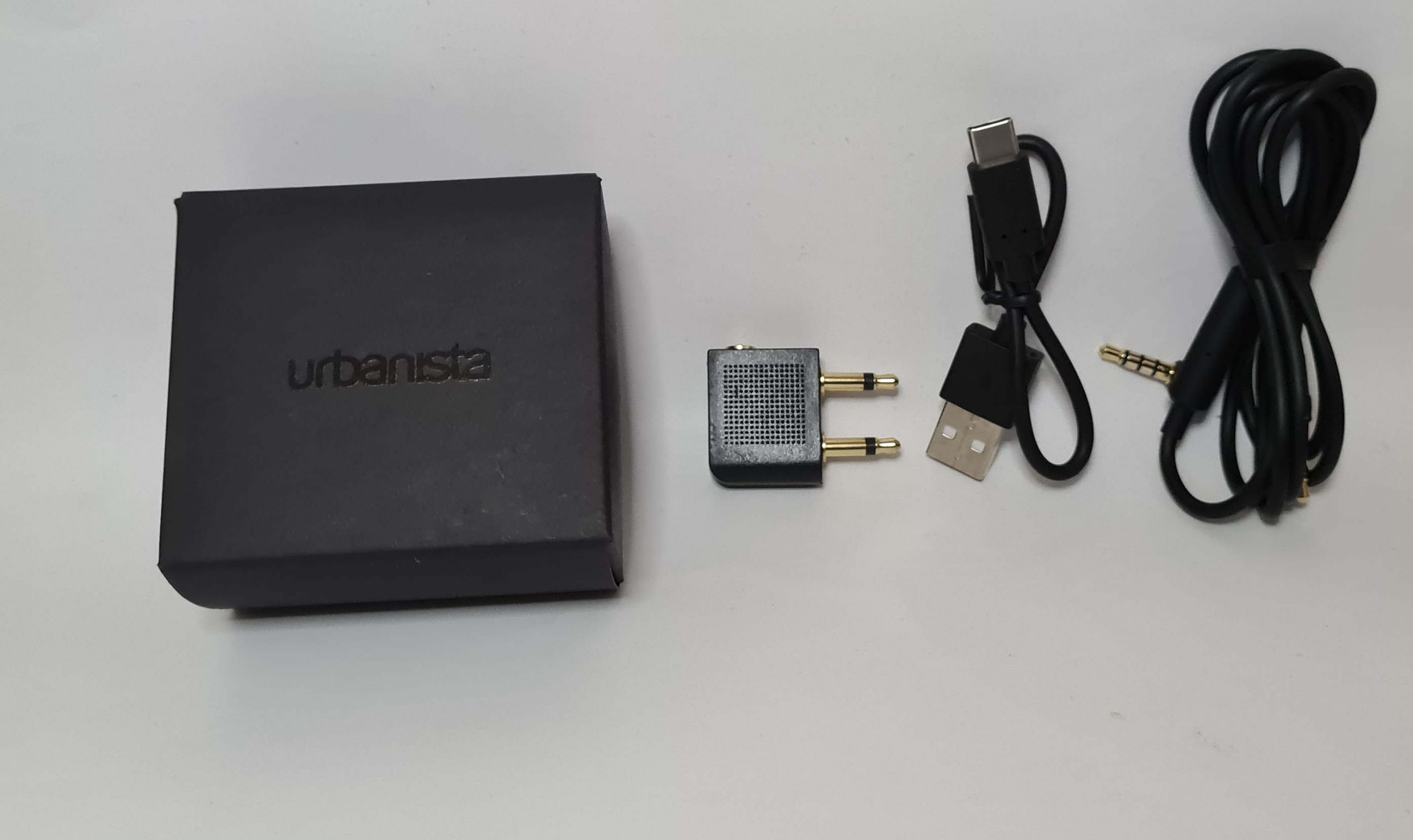 My one main issue, and it’s important to note that this happens for me with pretty much any headset so I’m quite willing to accept it’s just me and my head/ears, is that after a while, it gets uncomfortable to wear the headphones. I think it can be as quick as half an hour but certainly after an hour or so my ears start to ache. I don’t know if this is due to the weight, or the compression they apply (I suspect I have a slightly big head)… but they do start to cause an ear ache and that feeling of something being on my ears tends to last for a while afterwards. But as I said… that might just be me.

If you are looking for some good quality, wireless (up to 50 hours on a single charge) headphones with noise reduction at a reasonable price (and you don’t get sore ears from other headphones) you will probably be quite pleased with the Urbanista Miami wireless headphones!