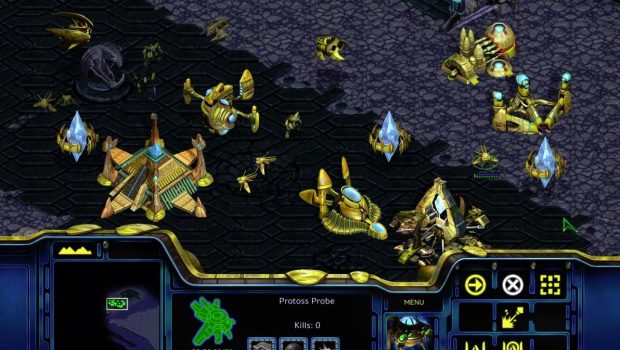 Reexperience the war between the terrans, protoss, and zerg NOW at www.starcraft.com

SYDNEY, Australia—15 August, 2017—Battlecruisers are operational, the Corsairs stand ready, and the Zerglings are boosted for the rush. StarCraft®: Remastered, Blizzard Entertainment’s lovingly crafted upgrade of the real-time strategy classic and its legendary expansion Brood War®, is NOW LIVE and available to purchase digitally at www.starcraft.com and through the Blizzard Shop.

Widely regarded as one of the most influential strategy games of all time, StarCraft and Brood War tell the story of the first interstellar war between three distinctive factions: the Earth-born terrans, psi-powered protoss, and hive-minded zerg. StarCraft: Remastered lets players reexperience the saga of iconic characters like Jim Raynor, High Templar Tassadar, and Kerrigan, through upgraded 4K visuals, enhanced audio and music, and new illustrated story interludes.

StarCraft: Remastered continues to use the same legendary gameplay engine that’s made StarCraft a competitive gaming and esports staple for nearly two decades. The classic gameplay is reinforced with new online features that propel the multiplayer experience into the modern era and beyond. Remastered provides players with matchmaking and leaderboards, cloud saves, as well as full multiplayer compatibility with the original versions of StarCraft and Brood War.

“We know how much StarCraft and Brood War mean to our community around the world, and our primary mission with StarCraft: Remastered was to enhance as much as we could while keeping the core StarCraft experience intact,” said Mike Morhaime, CEO and cofounder of Blizzard Entertainment. “Whether you’re a StarCraft veteran or you’re experiencing the beginning of the saga for the first time, we hope you enjoy revisiting the Koprulu Sector as much as we did.”

StarCraft: Remastered provides players with an arsenal of new updates and features, including: