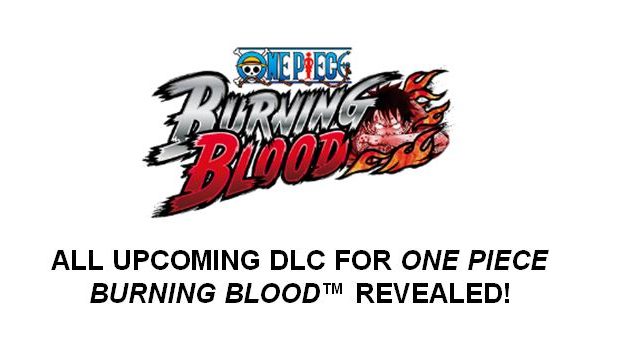 ALL UPCOMING DLC FOR ONE PIECE BURNING BLOOD™ REVEALED!

BANDAI NAMCO Entertainment Europe announced today new paid DLC for ONE PIECE BURNING BLOOD. These DLC are both from the new movie ONE PIECE GOLD and from the characters’ vote.

Coming early August 2016, the “Gold Movie Pack 1” will contain Gildo Tesoro as a playable character, 3 costumes from the movie for Monkey D. Luffy, Nami and Nico Robin and 1 customized HUD.

The “Gold Movie Pack 2”, coming early September 2016, will also offer 3 costumes from the movie for Sabo, Akainu and Koala as well as Rob Lucci as a playable character (voted by fans!).

In addition, 2 other playable characters will come in December 2016: Monkey D. Garp and Ceasar Clown, both elected by fans.

ONE PIECE BURNING BLOOD is available since June 3rd on PlayStation®4, Xbox One and PlayStation®Vita in Europe, Middle-East, Africa and Australasia. A PC version will follow this Summer 2016.