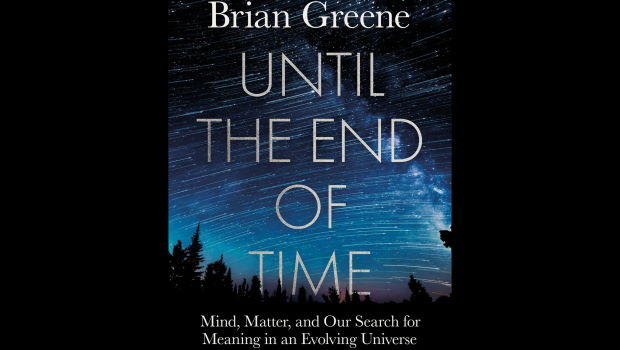 Until The End Of Time Book Review

Until The End Of Time Book Review Chris O'Connor
Score

Summary: A fantastic exploration of "life, the universe and everything" in an accessible style.

I first heard of Brian Greene when I watched one of his presentations on String theory… I’m not entirely sold on String theory (yet, though I am open to it)… I did find his presentation style very engaging and accessible. I’m not someone who finds a bit of heavy science overwhelming, but after recently reading A Brief History of Time I came away feeling that Stephen Hawking is a much better theoretical physicist/cosmologist than he is a writer. With Brian Greene I was taken in by his words from the very first page. Part of my being drawn in may be because compared to the last book I read, Greene’s words were poetic and flowed with literary style. But the further into Until The End Of Time I got, the more I appreciated professor Greene’s ability to not only engage the reader with his artistically flowing narrative, but also his skill in taking big topics, dense subjects and ideas and breaking them down into understandable morsels.

Professor Greene’s ability to use analogies to convey big concepts in a way that is conceivable for the average person, I think, is what really makes this a fantastic book. Sure those of us with an interest in science will find plenty to dig into… but even someone who normally doesn’t really “get” science, should be able to pick this book up and feel like they have a better understanding of some of the general physics of the universe.

As Douglas Adam’s famously wrote, “the answer to Life, the Universe and everything is…. 42”. In a way, that expresses the challenge of condensing such a broad topic into a small accessible format and again Brian Greene has done an impressive job of taking a fantastically large topic and breaking it down into smaller portions that cover some of the essentials. Providing enough coverage to give readers a good overview of not just us, but the universe in which we live and potentially how it came to be and how it may potentially end. Along the way we are taken into the core building blocks of the universe, the atomic elements that are within us all, the expansion of the universe, the formation of galaxies, solar systems and life. We are also projected into the future and the potential end of the universe along with theories of what that might involve.

There is the true scientific appreciation that we don’t “know” some of the things presented in this book, but also the explanation that what we take to be (the current) understanding of certain things are regarded as accurate due to the methods used to test their validity. Something people seem to forget these days is the notion of testing hypotheses and arguably trying to break theories as a form of testing their voracity. Perhaps that’s also partly why I enjoyed this book so much… it’s just nice to hear an intelligent person, talking about intelligent things and referring to the science, not in a dismissive way but in a “isn’t this fantastic that we can perform these equations, do these tests and in so doing, determine X about Y”. Reason and logic presented for everyone to read. An expert talking about their field, a true joy.

Grab a copy if you love science or just want to get a better idea of the universe and our place in it. Whether you feel you understand enough about the deep science or not, grab a copy because Brian Greene will guide you through, helping you understand the big concepts along the way and filling you with a sense of wonder.