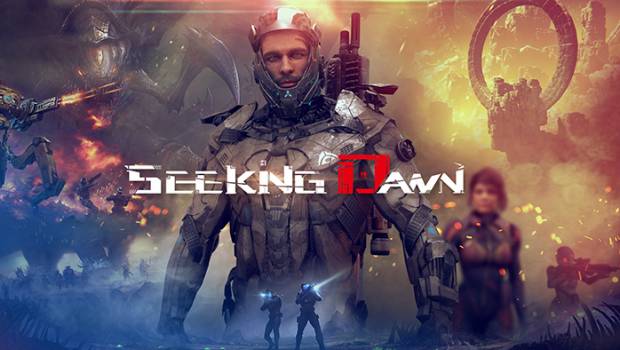 June 26, 2018 – Get ready to fight for your life on July 12th as Multiverse Inc. releases Seeking Dawn – its sprawling, VR, feast-for-the-eyes – on Oculus and HTC Vive, with support for PlayStation VR launching later this year.

In this first-of-its-kind, full-length, VR title, players will be able to dive into a rich single-player story, or partner with up-to three others to experience 20-hours in a single playthrough of heart-pounding, adrenaline-inducing, multiplayer battles in a sprawling Survival setting. By partnering with friends or finding teams through online match-ups, squads can work together and develop advanced tactics to flank and outmaneuver opponents to gain the upperhand. A sophisticated AI will see enemies adapt to every fighting style, ensuring that combat is kept challenging and unexpected as players must find new ways to survive deadly encounters.

Set in the technologically advanced but war-torn 23rd century, join James Weston on assignment as he investigates the disappearance of an allied team on an alien world where opposing military forces are rumored to be active. With only the voice of his ship’s testy captain in his earpiece to keep him company, Weston will have to piece together various clues about what transpired on this planet, with his journey taking him from eerie caverns to otherworldly forests and beyond, and uncover deadly secrets that will turn the tide of war.

Seeking Dawn is available for pre-order at $35.00USD on the Multiverse Inc. website, which allows the first 500 early adopters to jump into the beta ahead of the crowd. This sprawling, VR survival game will be available on July 12th, 2018 on Oculus and Steam for $39.99USD.